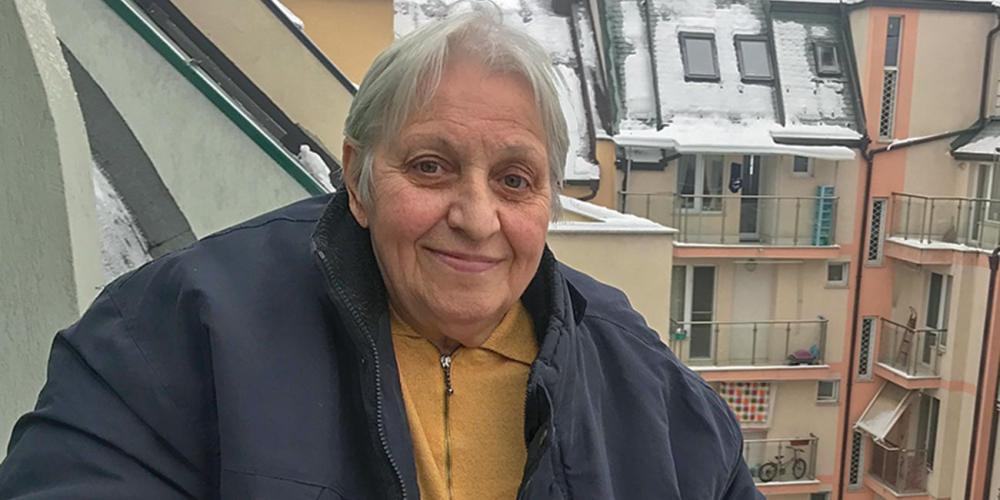 To Sabbath School teachers: This story is for Sabbath, Jan. 4.

The trio, members of Sofia West Seventh-day Adventist Church, would pray at 11:30 p.m. and then again at 12:15 a.m. in their homes in Bulgaria’s capital.

On Dec. 31, when the appointed time arrived, Maria Bachvarova left her husband and adult son at their New Year’s Eve celebration and slipped into another room. She prayed that both would accept Jesus. Then she remembered her younger brother, Nikolai. She had invited Nikolai, 66, to attend the New Year’s celebration in her home, but he hadn’t shown up.

Nikolai was gentle, diligent, and honest, but he had suffered a series of misfortunes. Once a well-paid business executive, he had gone bankrupt, and his wife had left him. Nearly penniless, he worked as a security guard at a construction site.

Maria prayed for Nikolai for 25 minutes, returned to the family celebration for 20 minutes, and then prayed for her brother again. Nikolai didn’t show up that night.

But he did come the next day, and he had quite a story to share.

The previous night, he was supposed to keep the night watch at a construction site. But when he arrived, the other guard sent him away, saying that he was waiting for his wife and the couple wanted to celebrate the New Year together at the site.

Nikolai decided to go to his sister, and he went to the nearby tram stop. It was 10:30 p.m. He waited two hours for a tram, but none came.

Suddenly, a window opened in a newly constructed apartment building behind the tram stop, and a man and woman appeared. They invited Nikolai home.

Nikolai entered a well-furnished apartment, and he sat in a comfortable armchair. Later he ate a delicious meal, and his hosts played Macedonian music, which happened to be his favorite. As a business executive, he had developed a taste for fine things, and now he enjoyed his old way of life. In the morning, his hosts woke him up and told him that a taxi was waiting outside. They had already paid the fare. Saying good-bye, they gave him a banknote of 50 Bulgarian lev, about U.S.$30. Nikolai had been flat broke.

She went into another room and returned with a Bible and an Adventist book to present to the couple as a gift. “Tell them ‘thank you’ from me,” she said.

Several days later, Nikolai gave the Bible and the book back to Maria.

“It is the strangest thing,” he said. “I went back to the apartment building and found that it is unfinished. No one lives there yet.”

The apartment building was vacant. At that moment, Maria understood that God had sent angels to care for her lonely brother on New Year’s Eve. God had answered her prayers for Nikolai.

After that miracle in 2012, Nikolai started to go to church with his sister on Sabbaths. God hears us when we pray for unbelieving loved ones. As with Maria and Nikolai, He can answer in remarkable ways.

Part of this quarter’s Thirteenth Sabbath Offering will help Maria’s church, the Sofia West Seventh-day Adventist Church, move from rented premises to its own building.

Maria Bachvarova and a friend decided to go door to door selling Adventist books in a new apartment high-rise in Sofia.

The two women started at the ground floor and worked their way up, stopping at every door. Many never opened. Some were slammed shut in their faces.

On a higher floor, Maria and her friend exited the elevator and saw six apartment doors. As they paused to choose a door, all six doors flew open. Six huge men wearing black suits, white shirts, and black ties stepped out, pointing guns.

The men roughly pushed the women back into the elevator. “Leave,” one said.

In her fright, Maria pressed the wrong button. Instead of the bottom button to go down, she pressed the top button. When the elevator doors opened, the women saw only one door. Although scared, the women felt a strong urge to go to the door of the penthouse apartment. They prayed and pressed the doorbell.

“Who are you looking for?” she asked.

“We have some interesting books to show you,” Maria said.

The woman glanced at Ellen White’s “Conflict of the Ages” series and other books and declared, “I’ll buy them all.”

Later Maria learned that the floor where they had been greeted by guns was owned by a mafia boss. The huge men with guns were his bodyguards. The man was killed shortly afterward. Maria was never able to enter the building again.

“I’m grateful to God that we were able to share those books with the woman on the top floor,” she said.