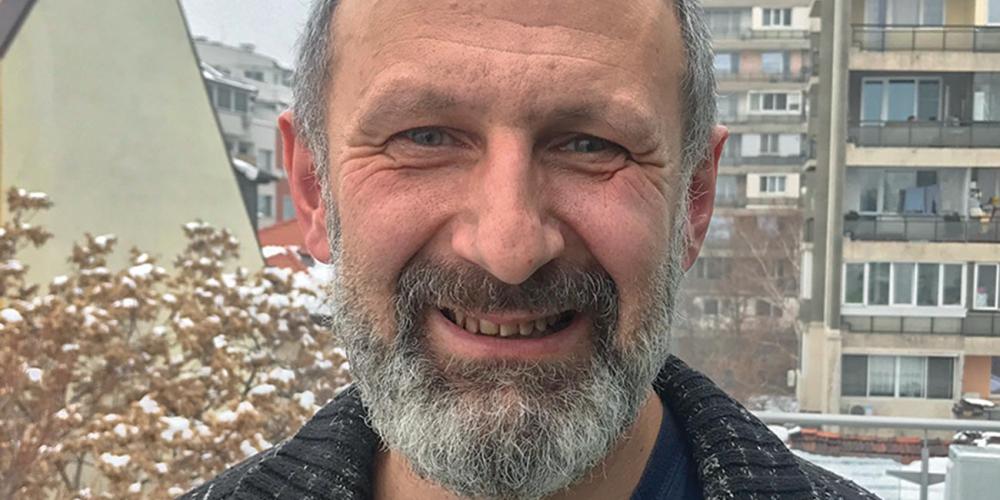 To Sabbath School teachers: This story is for Sabbath, Jan. 25.

he 10-year-old boy listened in amazement to his first sermon in a Seventh-day Adventist church.

The preacher told the story of a postman who picked up a letter addressed to Santa Claus. A small boy had written the letter, and he longed for a toy train. The postman didn’t have a child of his own, and he decided to buy a toy train for the boy.

The boy was delighted to receive the present!

As young Rosen Nakov listened to the story, he also was delighted. He also had longed for a toy train in his home in Sofia, Bulgaria.

The story touched his heart, and he returned to the church the next Sabbath. And then the next. Soon he made friends with people at church and formed a friendship with Jesus.

After graduating from high school, Rosen needed to sign up for compulsory military service in the then-communist country. But he had two options: He could enlist as a soldier for two years, or he could work in a factory for five years. He chose the factory to avoid any problems with observing the Sabbath.

At least 10 Adventists worked at a mammoth truck factory in Sofia, and Rosen decided to work there for his alternative military service. Visiting the factory, Rosen met an Adventist who invited him to join him in a department that installed engines into trucks.

Rosen went to the factory office to apply for the position. A manager, however, looked at Rosen’s application papers and saw that he had experience as a car mechanic.

“Why are you applying for that job of installing engines?” he said. “You should repair truck engines in the garage.”

Rosen immediately asked whether the position gave Saturdays off.

“Yes,” the manager replied. “The job is from Monday to Friday.”

He sent Rosen to the human resources department to finish the paperwork. When Rosen presented his documents at human resources, however, a manager said, “Why are you applying to repair truck engines? You should work in the garage’s small engines shop.”

On Rosen’s first day at the factory, he learned that six other people worked in the small engines shop. On lunch break in the factory cafeteria, a new coworker asked, “Tell us, who do you know in top management?”

“What do you mean?” Rosen asked.

“You must have a high-level friend in top management to get this job,” said another coworker.

Rosen realized that by honoring God with the Sabbath, God had honored him with a coveted job.

Across the cafeteria table, a coworker pressed Rosen for an answer.

“My Friend is above,” he said.

From that day, everyone in the small engine shop and the larger garage knew that he was a Seventh-day Adventist. Many sought his assistance as word spread that he was an expert mechanic. He was the only Adventist in the garage.

“Many Adventists worked in the factory, but none worked in the garage,” he said in an interview. “Apparently, God needed me there.”

Rosen, now 48, doesn’t know whether any coworkers accepted Jesus through his influence, but he is certain that God had a plan.

“Just like God used the toy train story to touch my heart as a boy, perhaps He wanted me to be in the garage so I could touch someone’s heart,” he said. “The good Lord knows how to touch every person’s heart.”