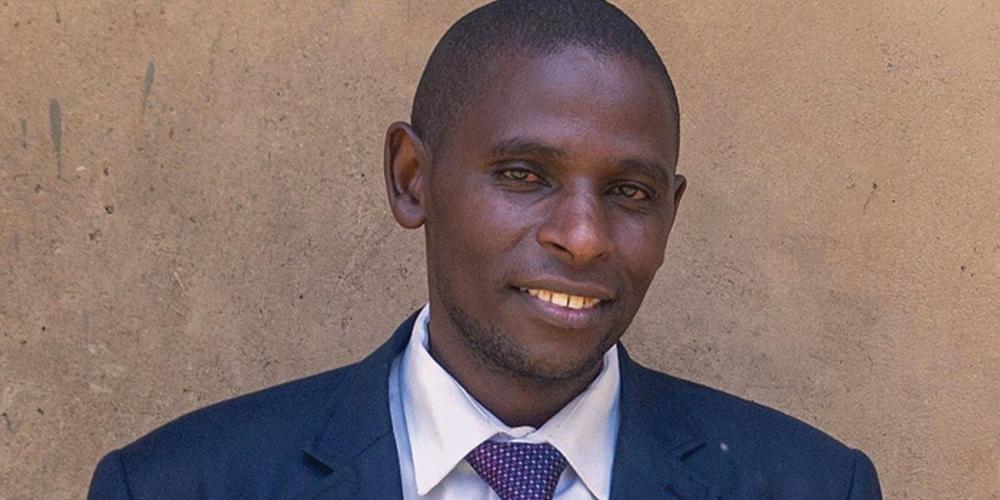 To Sabbath School teachers: This story is for Sabbath, Oct. 12.

Francis Ndacha has led more than 800 people to baptism in Kenya. Yet he is only 32 and not employed by the Seventh-day Adventist Church.

How is that possible?

Francis didn’t attend church growing up in Nyeri, a city in central Kenya. His father, a sheep herder, belonged to one Christian denomination, and his mother belonged to another. He had no desire to go to either church.

As a young man, he opened a second-hand shoe business in another city, Kitale, and befriended several preachers from a non-Christian world religion. He resolved to join their religion, but he couldn’t figure out how to convert.

One day, he attended a public meeting between three preachers from the world religion and five Christian preachers. The meeting — which organizers called a “dialogue” and had arranged with the permission of local authorities — saw the speakers take turns discussing their beliefs on a city street. Francis was shocked to hear the non-Christian preachers speak about good genies and bad genies. They said genies who joined their non-Christian world religion were good, but those who didn’t join were bad. Francis resolved at the moment not to convert. Even though he lacked an understanding of religious matters, he felt confident that all genies were actually fallen angels, or demons. He refused to believe in the existence of good demons.

When the dialogue ended, Francis asked the Christian preachers which church they represented.

Francis had never heard of Adventists.

Back at his shoe stand, he asked an elderly man selling shoes nearby about the Adventist Church.

“That’s a satanic church,” the old man said. “It teaches people about beasts with horns on their heads.”

Francis decided not to become an Adventist.

Eight months passed, and Francis attended another public dialogue. He went every day for a week. The Adventist preachers incorporated Bible studies into their presentations, and Francis was convinced that they were speaking the truth. He and three others were baptized.

Francis, who was 20, immediately wanted to proclaim Jesus. He bought books and DVDs to learn how to preach. After a year, he sold his shoe business and began to travel from town to town, preaching on the streets and participating in dialogues with preachers from the non-Christian world religion. When people asked for baptism, he directed them to the Adventist Church.

“As we preach, we see many miracles that Christ does through us,” Francis said. “Fifty people have asked for baptism in the past month alone.”

At one place, local non-Christian clergy begged for preachers to come from Kenya’s capital, Nairobi, to counter Francis’ preaching at a public dialogue. The preachers arrived, and Francis dialogued with them for four days. On the fifth day, the local clergy forbade their members from attending any more dialogues. Then the police asked Francis to leave town.

“We didn’t baptize anyone, but the local Seventh-day Adventist church was very appreciative of our efforts and presented us with a new public address system for our street meetings,” Francis said.

In July 2018, he participated in a dialogue in a town where many people had converted to the non-Christian world religion. As townspeople listened to Francis compare the teachings of their holy book with the Bible, many decided to return to Jesus. This angered an official, who wasn’t a Christian, and he ordered Francis’ arrest.

As Francis sat at the police station, a crowd formed outside, demanding his release. “Let him continue preaching,” the people chanted. “Now we have come to know the truth.”

Back on the street, Francis shifted the focus of his presentations to Bible prophecy. Twenty-seven people were baptized, and a man raised in a non-Christian family is completing Bible studies in preparation for baptism. He said Francis’ troubles with the police attracted him to Christ.

“I saw how the non-Christians acted, and I saw that they weren’t sincere,” he said. “How could they use force and arrest him? They aren’t sincere.”

Francis travels nonstop with his wife, 4-year-old daughter, 3-week-old son, and several Adventist friends, who help him preach. He said no one has to be a pastor to proclaim Jesus’ soon coming.

“You don’t have to even work for the church to preach,” he said. “Everyone can share the good news that Jesus is coming soon!”