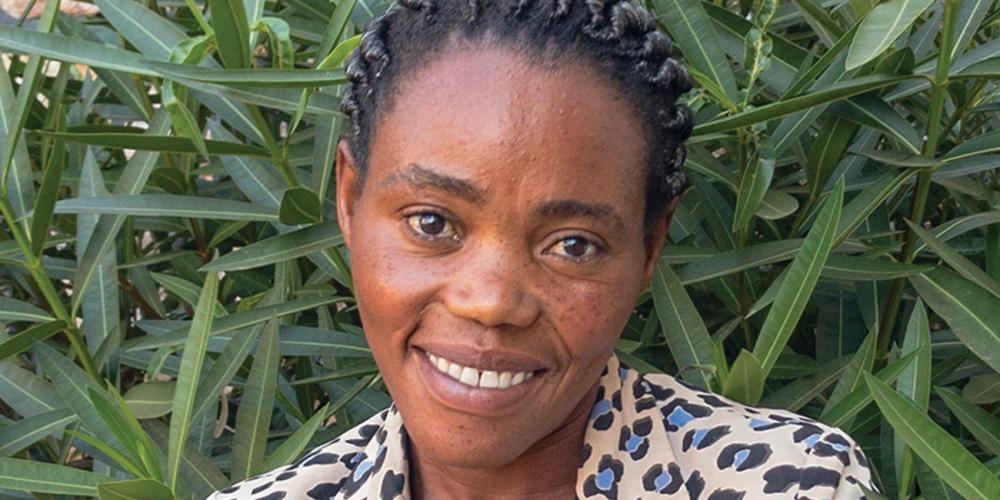 To Sabbath School teachers: This story is for Sabbath, Nov. 16.

By Delphine Uwinez as told to Andrew McChesney

My parents died in the 1994 genocide in Rwanda. I was one.

My earliest memories were of weeping over the loss of my parents in a Christian orphanage. I repeatedly asked the staff members when I could see my mother.

“You’ll see her,” they assured me.

I thought my mother had gone somewhere and waited for her return. But as time passed, I felt more hopeless.

Among the staff members were women designated as substitute mothers. Mine was a Seventh-day Adventist named Brigitte. My new mother took me to church, and I liked the change of atmosphere. Church members were kind.

But the government closed all orphanages when I was 7, and I was adopted by a family. I expected the family to brighten my life, but the opposite happened.

Initially, the family treated me with affection. They had a daughter named Mutesi who was my age. This added to my happiness because I expected her parents to love me as they loved her. They didn’t.

In the morning, I had to clean the house and fetch water before school. The chores made me late for classes, and the teacher punished me with beatings. Sometimes the teacher ordered me to return home, but I had to wait outside the school building until classes ended to walk home with my adopted sister.

My new mother knew that she was the cause of my problems, but she didn’t do anything about it.

Soon, she began to express her hatred openly. She refused to feed me at mealtime and ordered me to stop calling her mother.

“I’m not your biological mother,” she said.

Mutesi, unlike her mother, loved me. She wept when she saw me being mistreated. She gave me her food and milk, even though her mother scolded her for sharing. Mutesi’s father also loved me.

Everything came to a head at the end of the school year when I was 13. I passed my exams, but Mutesi didn’t. When we returned home that day, Mutesi’s mother threw me out of the house. Fortunately, other families with orphans took pity on me and took me in over the next few years. The government also helped. I never finished high school.

As I grew into a young adult, life seemed increasingly hopeless. I hated everybody, and I was convinced that everybody hated me. I wondered whether God knew me, and I hated Him. I tried to commit suicide by drinking too much alcohol but failed.

One day, I was walking in the street in the town of Nyamata when I heard a preacher’s voice booming over loudspeakers. The preacher, Frederic Musoni, was conducting evangelistic meetings at a Seventh-day Adventist church.

“Do you want to be made whole?” he asked. It sounded as if he were speaking directly to me. I listened for a while. I sensed a voice saying to my heart, “Be of good comfort. I love you.”

When the preacher made an appeal, the voice spoke again to my heart, and I responded. Inside the church, the preacher prayed for me, and I went home filled with joy. That night I slept peacefully for the first time in my life.

I was baptized with about 150 other people at the end of the evangelistic meetings. We were among a record-breaking 110,000 people baptized after three-week meetings at 2,027 sites across Rwanda in May 2016.

When I came out of the baptism waters, I felt peace and freedom in my heart. I began to love others, and I realized that God had never forsaken me. I love Jesus who died for me and I believe He will give me back my parents.

Today, I am 25, and I make and sell handicrafts.

If you are a parent in a comfortable home, please care for a needy child. Avoid saying angry words to a child because, even after growing up, the child will never forget what he or she heard.

If you are suffering, perhaps because you, like me, were not raised by your parents, know that peace lies only in allowing Jesus to be your all in all. Jesus is the true Parent, Comforter and peaceful rest.