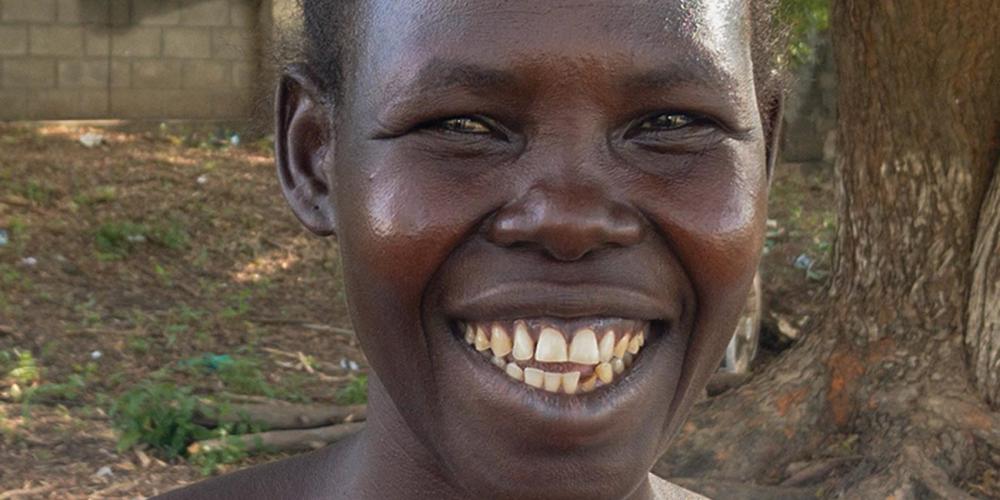 To Sabbath School teachers: This story is for Sabbath, Oct. 26.

Mary John Ijaa never realized that it could be so hard to find a church.

She grew up attending worship services in a major Christian denomination in what is now South Sudan. But she didn’t feel happy. She didn’t see any unity or love. So at the age of 16, she moved to another church.

At the new church, she noticed that people competed fiercely to be deacons and elders. They argued constantly about who was in charge. She didn’t see any love, so she left after two years.

The next church seemed to be mission-minded. But then it received a large humanitarian-aid shipment of clothing, and members fought over how to divide the dresses, pants, and shirts. Mary left.

At the fourth church, Mary fell ill while sweeping the church yard. As she swept, she suddenly felt a hot flash in her leg, and the leg swelled up. Mary went to a witchdoctor who, after hearing the story about the hot flash, declared that she had stepped onto a patch of cursed ground as she swept. Someone at the church had been angry with her and maliciously targeted her with the curse, he said.

The witchdoctor took a razor blade and made small cuts from her head to her toes. Then he doused her in hot water and rubbed her body with ground-up roots. After that, he gave her roots to drink. He provided the treatment twice a day for three years. Mary was in so much pain that she couldn’t walk, only crawl.

Suddenly one day, the pain vanished, and she could walk again. The witchdoctor pronounced his treatment effective and gave Mary the bill: two live goats, a large sum for her.

Mary did not return to her church for fear of being cursed again. She chose a fifth church and faithfully attended every Sunday — until a new church opened nearby. That became her sixth church. Then came a seventh church and an eighth church.

Meanwhile, Mary gave birth to a son. As she lay in bed, sipping water from a cup, she felt a sharp pain in her throat. Her neck began to swell. The witchdoctor told her that someone had tried to kill her by slipping something into the cup.

Mary spent another year in bed, and the witchdoctor gave ground-up roots to drink every day. Finally, she recovered.

Mary kept visiting new churches, searching for love and unity. She also fell ill two more times, and witchdoctors blamed both instances on curses. The fourth time, her neck swelled, and the swelling spread over her body. The witchdoctor said someone had put something in her food, but he couldn’t do anything to help. Mary went to a second witchdoctor and then a third. All agreed that someone had poisoned her food, and they used their computers to show where the poison had been ingested. But no one could offer a cure.

Mary was attending her thirteenth church at the time, and for the first time she decided to pray to God for help. In desperation, she prayed and fasted for three days. Then she went to the hospital. When the physician heard that she had been praying and fasting, he said, “That’s the best thing to do. You are consulting the Chief Physician.” He gave her an injection, and the swelling went away.

Mary was happy that God had answered her prayers, but she still didn’t feel peace at church. Matters came to a head when she and the church’s two pastors began working together, splitting boulders into small stones on a mountain near South Sudan’s capital, Juba. She and the pastors had a quarrel about how to sell the stones, and Mary thought, “This church also lacks love and unity.” She wondered where to turn.

At that moment, she remembered the Seventh-day Adventist Church. It was the one church that she had never visited. She remembered seeing love on the faces of Adventists as they spoke.

“That’s it,” she told the two astonished pastors. “I’m moving to the Adventist Church.”

Mary was baptized after evangelistic meetings in Juba in April 2017. Later her husband and eldest son also were baptized.

Mary no longer worries about being cursed.

“Now I’m free, and I’m happy,” she said. “I’m no longer worried about being poisoned because Jesus is stronger than any curse.”

Not long ago, she saw one of the pastors with whom she had split rocks.

“Why do you look so healthy and happy?” he asked.