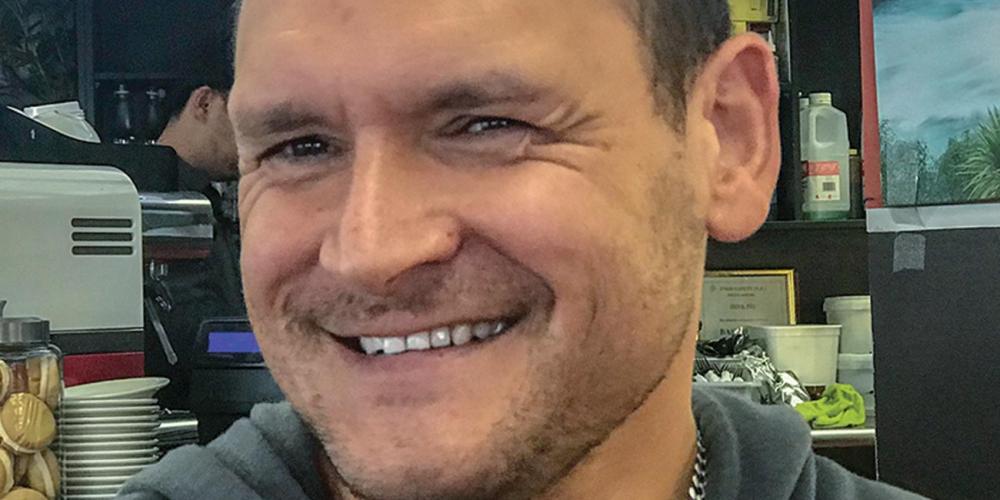 To Sabbath School teachers: This story is for Sabbath, Sept. 7.

Jayson Rogers cried out to a God who he didn’t know at the age of 12.

“I don’t know how or why,” Jayson recalled. “I was lonely at night, in the dark, crying into my pillow.”

Twelve-year-old Jayson, the youngest of nine children, was staying with an aunt and uncle in northern New Zealand when he prayed for God to intervene in his life.

His parents deemed him uncontrollable, and he had been kicked out of school. Although only a boy, he was breaking into homes and stealing cars. At the age of 10, he had bought his first car with his first wages — earned by helping his father at a construction site. The vehicle was a “rust bucket,” he said, but he only wanted it for its license plates. Over the next few years, he placed those license plates on nine cars that he had stolen.

Jayson didn’t sense an immediate answer to his nighttime prayer, and about a year later his parents took him back home to New Zealand’s biggest city, Auckland.

Jayson sank deeper into crime. When he was 15, he stole his first marijuana plant and moved in with his girlfriend, Krystal, at her parents’ house. He joined a street gang and grew and sold marijuana for several years. Then he became addicted to meth and sold the drug to support his own habit for 11 years.

“I was heavily involved with gangs and the underworld,” he said. “I was known for home invasions, kidnapping, and extortion. I had three cooks and four distributors working for me in a syndicate.”

Then one day a man named Andrew approached him at the public swimming pool and invited him to free kickboxing classes. Jayson jumped at the opportunity, hoping to improve his intimidation and street-fighting tactics.

Jayson joined a group of other gangster-types at a sports hall on Wednesday evening. Andrew led the group in an hour of sweat-inducing exercise. Then he brought out a pile of Bibles and announced, “Let’s gather around the table and share.”

Jayson was shocked and wanted to leave. But for some reason he stayed.

As Andrew spoke for 30 minutes, Jayson raged against God in his mind. He thought, “Who is God? I am God in my world. I have workers, my own minions. I am well respected and highly looked up to. I am God.”

He returned to reality when Andrew ended the meeting by reading Jesus’ words in Matthew 6:19-20, “Do not lay up for yourselves treasures on earth, where moth and rust destroy and where thieves break in and steal; but lay up for yourselves treasures in heaven, where neither moth nor rust destroys and where thieves do not break in and steal.”

Jayson was confused. How could he lay up his jewelry in heaven out of the reach of rust and fellow thieves?

He pondered the matter all week and returned to the class the next Wednesday. After several weeks, Andrew asked him if he would like to help lead the class. Jayson was surprised and pleased. To qualify as an instructor, he took a first-aid course at Andrew’s church, Papatoetoe Seventh-day Adventist Community Church.

Soon Jayson was attending Sabbath worship services with Krystal and their seven children. He accepted Jesus and, after 21 years living with Krystal, he asked for her hand in marriage. The church celebrated its largest family baptism when he, his wife, and five of their children were baptized on the same Sabbath. The two youngest children were dedicated to Jesus that day.

Jayson, 36, said his life has changed completely over the past three years.

“We no longer live with six-foot fences, baseball bats, sawed-off shotguns, and Rambo-style knives,” he said. “We now live with white picket fences, and I own my own handyman business.”

He still co-leads the kickboxing class, which has yielded at least six baptisms. A tear slid down his cheek as he thought about his parents. “I used to receive phone calls from my worried Mom every day,” he said in an interview in an Auckland diner. “She witnessed firsthand the ugly nature of what I had become. Now I don’t hear from her, and I take that as a good thing.”

He hopes to point his parents and others to Christ.

“Now I am peaceful, happy,” he said. “I wouldn’t change it for anything. I am God’s disciple now, and I want to share the Word as much as I can in any way He wants me to.”