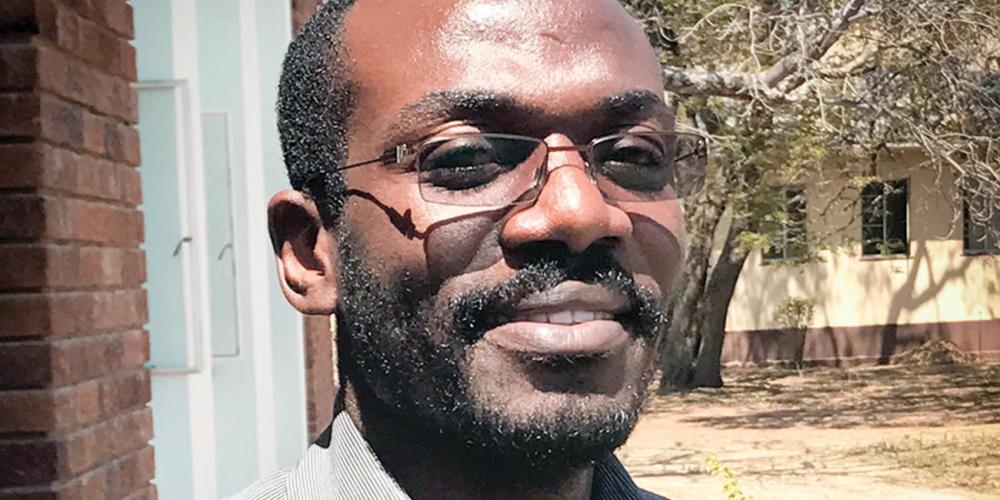 After 20 prison baptisms, the he can’t wait to return home to share the gospel.

To Sabbath School teachers: This story is for Sabbath, March 23.

Paulo infuriated his mother by quitting his job and preaching to inmates.

Paulo, raised in a Seventh-day Adventist family in Angola, had taught at a public school. He used the money to pay for his university tuition and to support his mother and 10 siblings. As the eldest child, he was responsible for the family after his father died of typhoid fever.

But in his second year of studies, he was hospitalized with typhoid fever in Benguela, a city of 130,000 people on the Atlantic coast. For two months he lay in the hospital, a high fever ravaging his body. Members of the local Adventist church prayed for him and paid his medical bills.

“When I got out, I decided to change my life,” Paulo said.

Leaving the hospital, he quit the elementary school and the university.

“I didn’t go back to either because I was afraid that I would return to my old life,” he said.

Paulo wanted to study theology at Solusi University in Zimbabwe. But he needed money for tuition—and he had to wait for the next school year to begin the following January. So, Paulo spent the next seven months preaching to inmates. With assistance from relatives who worked in law enforcement, he gained entry to prisons and visited them together with a local church elder responsible for prison ministries. Twenty people were baptized in one prison alone in Benguela.

His family couldn’t fathom his new life. Paulo no longer had a job to support them and, in their view, had forsaken a promising career by quitting the university. His mother disowned him.

Paulo arrived at Solusi University in January with barely enough money for food and English lessons. He only spoke Portuguese and had to learn English to study at the university.

Paulo prayed, “If You allow me to finish, I will work in ministry full time. I will show those who need Christ why I went to Solusi.”

On the campus, he quickly found that he had much to learn about God. Even though his family was Adventist, he had been raised in a country ravaged by a 27-year civil war where knowledge of God was weak.

“We didn’t have much information about God and the Bible,” Paulo said. “My first time to interact with the Bible full time was at Solusi.”

He also learned that God has a special love for foreigners.

“Sometimes teachers come to our rooms and visit with us and pray for us,” he said. “Sometimes people we don’t even know give us food for free.”

He saw that Solusi was fulfilling God’s instructions in Leviticus 23:22, which says, “When you reap the harvest of your land, do not reap to the very edges of your field or gather the gleanings of your harvest. Leave them for the poor and for the foreigner residing among you. I am the Lord your God” (NIV).

An older cousin in Angola paid his tuition for a while. When the cousin died, an Angolan church member sponsored him for a semester. Now, an Angolan woman whose grandson graduated from Solusi is covering his tuition.

At Solusi, Paulo has connected with other Angolan students in Zambia, Uganda, and the Philippines, and they intend to coordinate their evangelistic efforts in Angola after graduation. He also wants to share his new knowledge about God with his family.

Paulo requested prayers for Angola, a country of 29 million people, including nearly 176,000 Adventists.

“We aren’t trying to convert everyone,” he said. “Matthew 24:14 says, ‘And this gospel of the kingdom will be preached in the whole world as a testimony to all nations, and then the end will come.’ So, we need to preach the gospel as a testimony so everyone knows Jesus—and then Jesus will come.”

Part of a 2015 Thirteenth Sabbath Offering went to Solusi University to double the size of its cafeteria to 1,000 seats. Thank you for your mission offerings that allow Adventist schools like Solusi to prepare people to proclaim Jesus’ soon return.