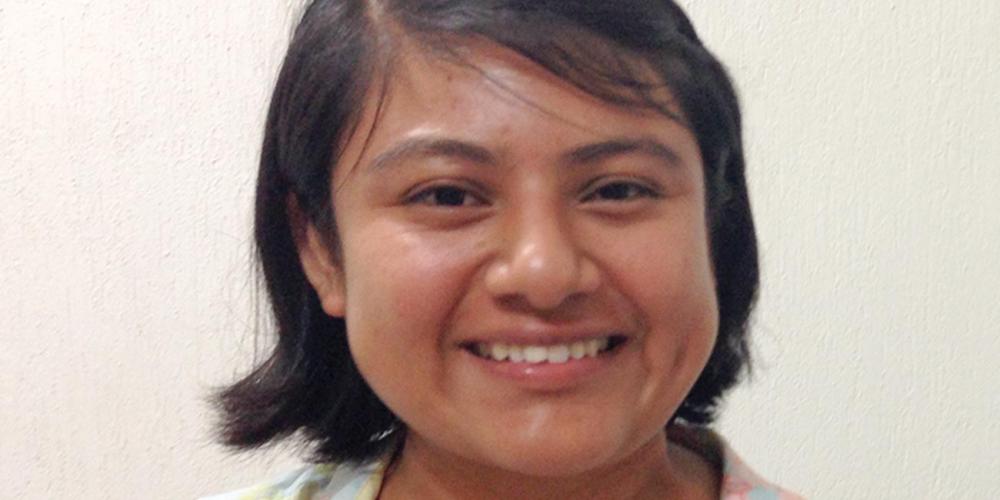 Laura made a deal with God: “If You let me study at an Adventist university, I will become a high school Bible teacher.”

To Sabbath School teachers: This story is for Sabbath, March 3. Click here for photos to share while telling the mission story.

Laura’s life has been filled with surprises in Mexico.

When she was 10 years old, she went to a friend’s house expecting a big party. Instead, she wound up at a small-group Bible study. She liked the Bible studies so much that she attended for a year and then started going to the Seventh-day Adventist church on Sabbath.

When she asked to be baptized after the church conducted an evangelistic series, the church members replied with excuses. They said that she needed more Bible studies, that her parents were not Adventists, and that she was only 11. But in the end, she was baptized.

When Laura finished high school, she wanted to enter an Adventist university but lacked the money for the tuition. Her desire to learn from Adventist teachers only grew when her pastor told her that Adventist universities offered Bible classes. She began to dream about becoming a Bible teacher.

Laura made a deal with God. She prayed, “If You let me study at an Adventist university, I will become a high school Bible teacher. But if You don’t let me study, I will work now, get married, and study later.”

God answered her prayer to go to school. She was accepted into an Adventist university even though she only had enough to pay for half the tuition of the first semester. She worked as a housekeeper to earn extra money. The next semester, she received a full scholarship, and four years later she graduated with a degree in family science and without any debt.

Seeing how God had answered her prayer, Laura decided to keep her promise to become a high school Bible teacher. But she needed to get a master’s degree first, and again she had no money for tuition.

Laura sent letters seeking a scholarship to two Adventist universities. Both wrote back that she should work as a literature evangelist to pay for her tuition.

Laura didn’t mind working, but she wanted an indication from God about which university to choose. She knew it was difficult to find a job that would cover her full tuition, so she prayed, “I’ll go to the university where You give me a job.”

Four days after graduating with her undergraduate degree, Laura received a letter from Adventist-owned Navojoa University. “We have a job for you, and you can enroll anytime,” the letter said.

Laura didn’t have the money to travel to the university, but when her classmates heard about her plight, they pooled their money to cover the cost.

Laura is now a graduate student at Navojoa University and looking forward to teaching the Bible to high school students.

Her favorite Bible verse is James 1:12, which says, “Blessed is the man who endures temptation; for when he has been approved, he will receive the crown of life which the Lord has promised to those who love Him” (NKJV)

“We have many trials as young people,” she said. “But we always can overcome them with God’s help. God will give to those who love Him the ability to overcome all trials.”

Laura’s life has been filled with surprises, and she likes it that way.

Her advice to other students who don’t have money for an Adventist education is to trust God.

“God is the owner of everything,” she said. “He will provide not only what you need but even more than that if you trust Him.”

Part of this quarter’s Thirteenth Sabbath Offering will help the Seventh-day Adventist hospital in Laura’s hometown of Villahermosa expand with a building that will offer new health services to the community. Thank you for your mission offering.