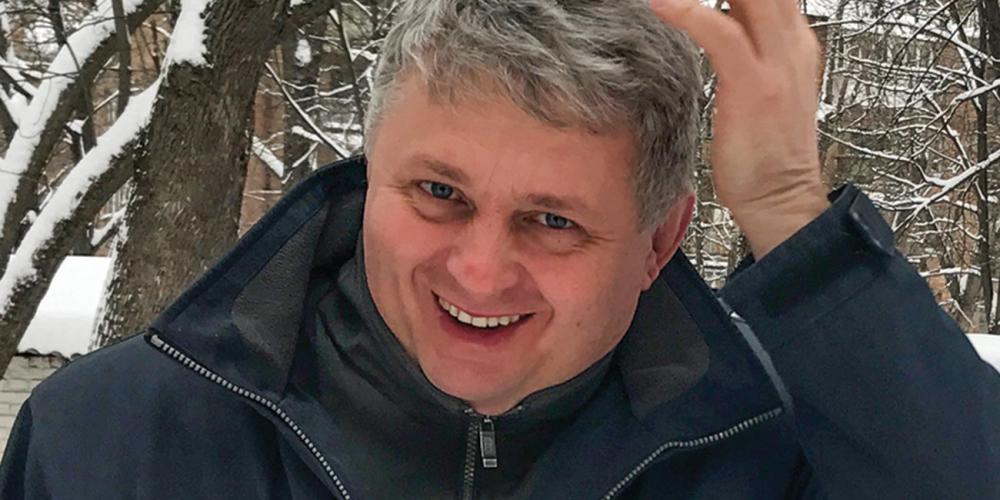 Is It Worth Doing Good?

“God didn’t just give me back my money. He returned three times more!”

To Sabbath School teachers: This story is for Sabbath, Dec. 2. Click here for photos to share while telling the mission story.

Toma is a businessman in the country of Georgia.

He had saved U.S.$15,000 and wanted to buy a new car. But he felt an overwhelming urge to give the money to several relatives suffering hardship. Try as he might, Toma could not shake the thought. It even kept him awake at night and made it difficult to focus on work during the day. It was as if someone was telling him to help his relatives.

Finally, Toma gave up. Through a business friend, he found seasonal jobs for his relatives in the Netherlands. He paid for their air tickets to the Netherlands and split the remaining money between them.

The relatives were stunned. “How can we thank you?” they asked.

“It isn’t exactly a gift,” Toma replied. “Work and pay back the money. Then I can buy that car.”

After some time, the relatives began to make good money in the Netherlands. Toma asked them to repay the debt, but they refused. They stopped answering his phone calls.

Toma was furious. He flew to the Netherlands and told his business friend who had hired the relatives to dock their wages so he could collect the debt. Then he flew back to Georgia with the $15,000 in cash. But something spoiled his plans to buy a car. Someone stole half the cash.

Then one day, Toma was on a business trip to Kiev [pronounced: kee-YEHV], the capital of Ukraine. He spotted dozens of children playing games in a city park. He drew closer and learned from an adult that the Seventh-day Adventist church located across the street had organized a special festival for the neighborhood children. The adult introduced himself as Pastor Roman.

Toma, his mind still on his relatives, immediately shared the story about how his good deed had been returned with evil. “What do you think?” he said. “Is it worth doing good after all that?”

At that moment, several Bible verses came to the pastor’s mind.

Pastor Roman turned to Toma. “I think you have left out some important details of your story. Before you helped them, your relatives blamed God for their poverty, didn’t they?”

“How did you know?” Toma exclaimed. “That’s exactly how it was!”

“I know,” Pastor Roman said, “because it is written in Romans 3:4, ‘Let God be true but every man a liar. As it is written: “That You may be justified in Your words, and may overcome when You are judged.”’ Your relatives blamed God for their poverty, but God gave them a chance to have money and start a new life.”

The pastor didn’t pause. “The second thing that you didn’t tell me is that your relatives wasted all their money after they returned to Georgia, and they are blaming God for their poverty again.”

“That’s exactly how it happened!” Toma said. “But how did you know?”

“I know because it is written in Proverbs 13:11, ‘Wealth gained by dishonesty will be diminished.’

Two sisters sing a song of praise to the Lord at an Adventist church in Kiev in February 2017. (Andrew McChesney / Adventist Mission)

“There is one last thing that you didn’t tell me,” Pastor Roman said. “When you returned to Georgia, bitterly disappointed after your trip to the Netherlands, your business began to flourish.”

“How did you know?” Toma said. “I was so successful at work that I was surprised.”

“I know because it is written in Proverbs 19:17, ‘He who has pity on the poor lends to the Lord, and He will pay back what he has given.’”

Toma was amazed by what he heard, but he couldn’t quite see the whole picture. He asked the pastor to explain further.

Pastor Roman explained: “Your relatives were poor and blamed God for their problems. God decided to give them an opportunity, so they wouldn’t have a reason to blame Him on Judgment Day. God looked for someone to give them money. That was when the Holy Spirit convicted you to help your relatives. You felt such an overpowering desire to help them that you couldn’t refuse. But your relatives were dishonest and didn’t take advantage of the opportunity. So, on Judgment Day they will not be able to excuse themselves by saying that God didn’t give them a chance. You also will appear before God on Judgment Day and may want to ask, ‘Why did You do good to my relatives and not to me?’ God will reply, ‘What do I owe you? Even though your relatives were not dependable, I returned your loan. You got back the money that you gave.’”

At those words, Toma cried out, “God didn’t just give me back my money. He returned three times more!”

Pastor Roman asked quietly, “So is it worth doing good?”

Thank you for remembering Adventist pastors and their mission outreach with your prayers and mission offering.