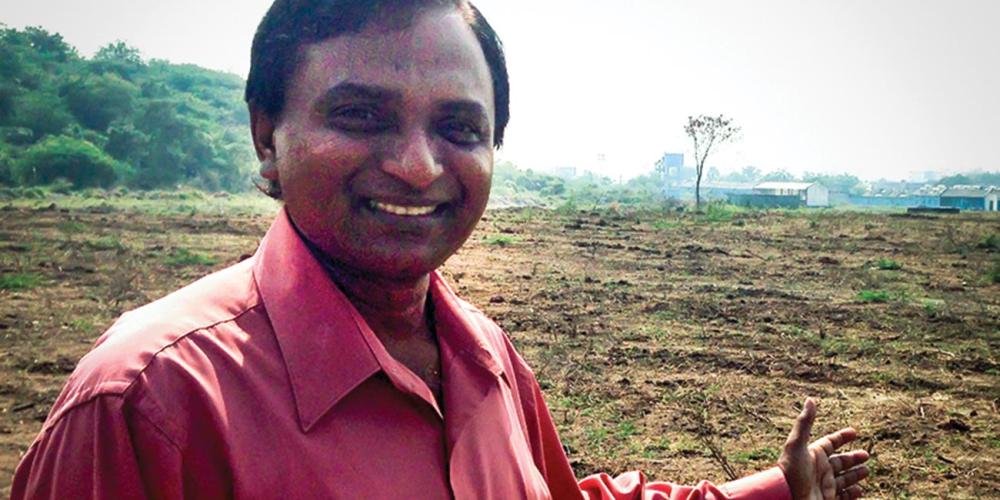 Construction work is under way on the Seventh-day Adventist Church’s first major training and conference center in India.

The three-floor facility will make it easier for church leaders to organize major meetings. Schoolchildren say it will allow them to invite non-Adventist friends to church.

The center is one of five projects that will receive money from this quarter’s Thirteenth Sabbath Offering.

The full name of the center is the Pioneer Memorial Discipleship Training Center.

The Pioneer Memorial Discipleship Training Center will contain a large auditorium, seminar rooms, a cafeteria, and guestrooms. It is located on the sprawling compound of the Adventist Church’s South Andhra Section.

The training center will be available to church members throughout the Southern Asia Division.

Vara Prasad Jacob, president of the South Andhra Section, is thrilled about the training center.

He says, “We do not have a training facility in the entire division. We have colleges and schools, but not a training center.”

He is especially excited that the facility will be equipped with a meeting hall with 1,000 seats, guestrooms, and a dining area. Currently, church members who meet for training sessions have to stay in hotels and travel to a conference hall and to a restaurant to eat, adding greatly to the expense of any large meeting.

The cost of building the first two floors of the training center is being covered by a private donor. That portion of the building is scheduled to be completed by the end of this quarter.

Part of the Thirteenth Sabbath Offering will help build the third floor, which will include guestrooms and complete the center.

Church leaders say the location is ideal for the training center. The South Andhra Section compound covers 60 acres (24 hectares) in a part of India that is relatively open to Christianity. Church leaders say a lot of evangelism takes place in this part of the country. It is easy to preach here compared to some parts of India.

The compound is located about an hour’s drive from a major city and is easily accessible by bus, train, and airplane.

The church plans to keep the training center open year-round.

Perhaps children at a school located on the same property are among those most eager to welcome the training center.

The school of 700 mostly Adventist students doesn’t have a church building large enough to contain all the children.

The current church building seats only 250 people. Another 250 students squeeze into the school’s cafeteria to worship every Sabbath.

The training center would have room for all the children to worship together when it isn’t being used for training meetings.

Students say it will be easier to invite their non-Adventist friends to the big auditorium.

John, who is 16 years old and in the tenth grade says, “I want us all to worship together.”

John wasn’t always an Adventist. He learned about God and the Sabbath at the Adventist school. He is one of the 450 students at the school who live in the dormitory.

John told his father about what he was learning at school during his visits home. When he was in the eighth grade, his father decided to be baptized. John himself was baptized a year later.

John isn’t the only student who wants to worship in the new training center. Seventeen-year-old Vinutna [vee-NOOT-nah], loves to sing.

She says the current church is so small that the choir director has to limit the number of students who can sing in the choir on Sabbaths to 35 students because there isn’t room for more. But when the students can meet in the new training center, many more can glorify God with their voices.

“I am very happy to know that a community hall is being built,” she says. “We will be able to have a bigger choir, singing and praising God on Sabbath.”

Please remember the Pioneer Memorial Discipleship Training Center in your prayers and with your Sabbath School mission offerings.