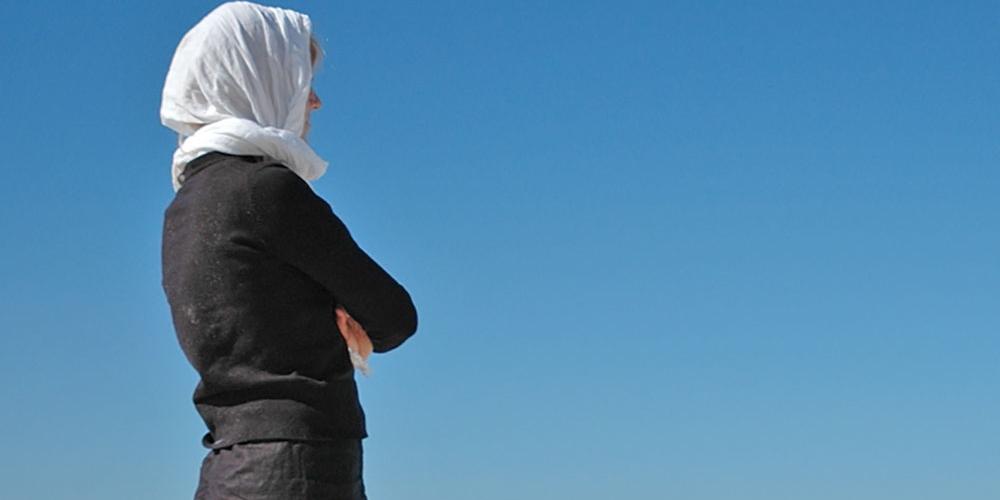 Fatima learned that her husband had discovered her Bible. Beating her mercilessly, the man declared that he was going to kill her.

Fatima’s* life was filled with terror. Married to an abusive man who used his religion to terrorize her, Fatima (fa-TEEM-ah) frequently suffered beatings and humiliation at the hands of her husband. Trapped inside her home, Fatima was rarely allowed outside—a practice not uncommon in this middle eastern country.

Finally, due to financial need, Fatima’s husband allowed her to work in a beauty salon—where she would only be around other women. Although she now had some interaction with others, Fatima became increasingly depressed and tried to commit suicide.

“But I couldn’t really do it,” she recalled. “Something inside of me was saying ‘This isn’t right. Don’t do that.’” Feeling hopeless, Fatima mechanically went through the day-to-day motions of life.

One day at the salon, a middle-aged client kindly asked Fatima, “What is wrong, my daughter? Why are you so sad?”

Sensing the woman’s genuine concern, Fatima began to share her heart. After hearing Fatima’s story, the woman spoke about hope, kindness, and love. Fatima’s heart was strangely moved and she looked forward to this client’s regular visits.

One day the woman invited Fatima to her home for a meal, and Fatima’s husband allowed her to go. As they ate together, the woman began telling Fatima about Jesus and how He could bring peace and hope.

The two women continued meeting together and gradually Fatima began to feel encouraged. Then one day the woman invited Fatima to come with her to a secret gathering where she would learn more about Jesus.

Fatima was interested, and so the two went to a home where eight others had gathered. The people were reading from Bibles and a man was leading out in a discussion. It was the first time Fatima had seen a Bible, and she was delighted when one was placed in her hands!

Because of her controlling husband, Fatima wasn’t able to attend the secret group regularly. Nevertheless, she was able to keep the precious Bible.

But one day terror struck again. Arriving home from the salon, Fatima learned that her husband had discovered her Bible. Beating her mercilessly, the man declared that he was going to kill her.

Miraculously, Fatima survived the beating but was again housebound. Gradually, however, Fatima was allowed to again work. But now her husband carefully monitored her every move.

Fatima longed for the fellowship of the small group of Bible-believers, and decided to risk attending the secret meeting. Unfortunately, her husband saw her and started screaming, “I’ll kill you! I’ll kill all of them! They are infidels!”

Fatima escaped to her parents’ home where she stayed until her husband found her. Banging on the door, the man announced to Fatima’s parents that their daughter had became a Christian and deserved to die.

“If I don’t kill her, then you must!” the crazed man screamed.

Turning toward Fatima, the enraged parents were about to beat her when she quickly fled into another room and pled for her life.

Escaping With Her Life

That night Fatima quietly snuck out of her parents’ home, escaping with nothing but her life. Quickly contacting her Christian friends, Fatima was given the address of a home outside of the city where she could hide.

During her two-week stay there, the pastor of the small group regularly visited Fatima, bringing her food and clothing. He told her, “If you really want to be a Christian, I can help you. But if you don’t want to continue in this new way, you can go back to your family.”

“I really want to be a Christian,” Fatima bravely affirmed.

Because it was too dangerous for Fatima to stay in her home country, the Christian group helped her escape to a neighboring country, and from there paid her way to Austria.

Arriving in Austria, Fatima got in touch with Ahmad** and his wife, who had fled from the same city as Fatima.

“We have found the church that is exactly the place you are looking for!” Ahmad’s wife told Fatima.

That Sabbath, Fatima came with the couple to the Seventh-day Adventist church and found it just as they described. “I found peace, hope, and kindness here,” she said. “The people really help me understand that I’m not alone.

“Since I’ve been coming to this church, I’ve had many miracles in my life. People prayed for me. A family has taken me in and are caring for me like their own daughter. I feel safe now.”

*All names in this story have been changed.
**See last week's story featuring Ahmad.