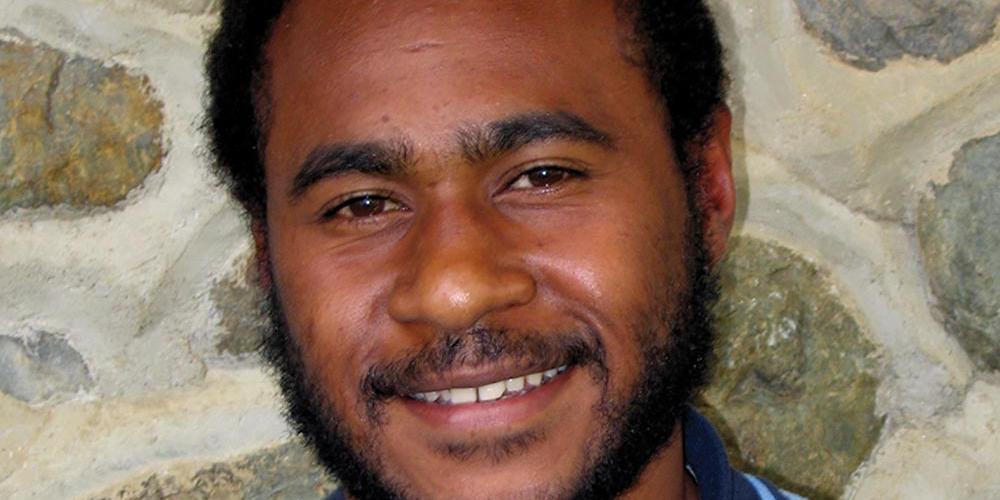 The pastor’s answer didn’t satisfy me. I felt sure that there was more to this than what he told me.

Editor’s Note: This story was first published in the Teen Mission quarterly, third quarter 2006. Nearly 10 years later, I met Ben while visiting PNG. Read “The Rest of Ben’s Story” next week. Here’s the original story (slightly adapted for length) from 2006:

I grew up in a Christian home, but I didn’t know a lot about God. When I was 12, I started reading the Bible. When I reached Leviticus 11, I read about the clean and unclean animals and was surprised to learn that pigs are unclean. In Papua New Guinea pork is a big part of our diet. I decided to ask my pastor about it.

“Everything that God created He made good,” the pastor said. “So we can eat pig—or any other animal.”

The pastor’s answer didn’t satisfy me. I felt sure that there was more to this than what he told me. I told my family that I didn’t want to eat pigs anymore. They didn’t understand why it mattered to me, but they didn’t force me to eat unclean meats after that.

I’d heard that Seventh-day Adventists don’t eat unclean foods, and I thought that perhaps they were the right church. So I began asking questions to learn more. The only person I knew who was an Adventist was a boy several years older than I. I told him I wanted to know more about his church. He invited me to visit, but the church was three miles [five km.] from our village.

When I finished primary school, my brothers killed and roasted a pig. They teased me about how delicious it was. I gave in and ate a bite. Afterward I felt terrible.

I faced other temptations at school—smoking, drinking, using drugs. I knew these things were bad, but when my friends teased me, I gave in. Soon I was smoking almost a pack a day.

My school went just to ninth grade, so we often talked about where we would go to high school. I wanted to study at Kabiufa Adventist Secondary School. My friends laughed, so I applied to another school instead. I wasn’t accepted, and I missed a whole year of school.

The next year my father surprised me and told me I would go to Kabiufa. He wanted me to quit smoking, and Kabiufa didn’t allow smoking. I arrived at the school intending to quit smoking, but quitting was far more difficult than I expected.

The friends I made weren’t a good influence. We skipped classes and sneaked out to smoke. My teachers told us that if we had a problem we could talk to them about it, but I denied my problems and refused to ask for help.

My grades suffered, and I knew that my father would be disappointed if I failed, so I focused on studying more. I knew that I needed to stop smoking, but it was so hard. I realized that I couldn’t quit on my own and decided that I had to ask God to take control of my life. Every morning I prayed that God would take away the desire to smoke.

As the semester ended, we waited anxiously for our report cards, which would tell us whether we would return the next year, come back on probation, or be expelled. I prayed that I would be allowed to return. When the deputy headmaster [vice principal] gave me my letter, I read that I was on probation, but could return. He told me, “You must change your attitude if you wish to return.” I promised that I would. I later learned that all my friends had been expelled.

I arrived home determined to stay away from cigarettes. I told my mother that I wanted to attend the Adventist church nearby, and she was glad. Then she told me that when she was younger she had attended the Adventist church. She encouraged me and even promised to go with me sometime.

When I returned to school, I told the pastor that I wanted to commit my life to Jesus and join the baptismal class. I really enjoyed learning more about God. I felt that I was finally beginning to understand who He is.

With God’s help I’m now free from tobacco. I know there’ll be other temptations, but I’ve asked God for help. I tell my friends that I’ve made a promise to God and that I want to be faithful to Him.

Soon I’ll be baptized. My mother has kept her word and is attending church. Together we pray that our entire family will unite and worship God together one day.

Ben Pilisi is completing his final year at Kabiufa Adventist Secondary School. He hopes to study accounting. Pray that Ben will continue to follow God and be a witness to his family.