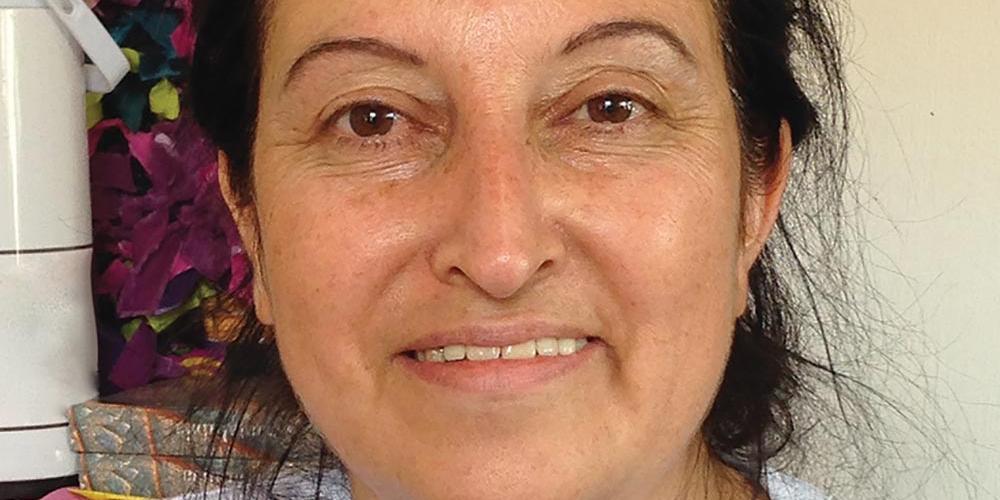 The Book in the Shoe Store

“We plan to continue having this branch Sabbath School as long as God allows us to do it,” said Sonia.

Graciela always had a place in her heart for Jesus. As a teenager she attended a small church group that met in a home. While she was happy to learn about Jesus and His love for her, some of the noisier aspects of the worship service made her feel very uncomfortable.

Years went by. Graciela grew up and married the son of the owner of the home where she attended church. The two had children. More time passed and she became a grandmother. One day she was at home watching a Pentecostal television program. The preacher started talking about someone by the name of Ellen White, saying that this woman had written some deceptive books and that she was a very bad person. As Graciela listened to the preacher’s rant, she decided that she wanted to read a book by this Ellen White so that she could form her own opinion.

Graciela went to the bookstore and to the local library, but no one seemed to know anything about an author named Ellen White. Graciela kept praying that she would find a book by this elusive author.

Then one day, her grown son came by with a book in hand. He had been to the shoe store with his daughter, and while there he noticed a book that was being given away. While he wasn’t a Christian, he picked up the book thinking it was something his mother might like.

A Gift From God

Graciela’s hand began to tremble when she saw the author’s name, realizing that this book was a gift from God.

“I had been looking for a book by Ellen White, but couldn’t find it,” she recalled. “But God brought it to me from a shoe store! It was a little bit crazy, but it was one of those mysterious ways that God has.”

Graciela began reading the book right away and found that it was straightforward and Biblical. She wanted to learn more.

Instead of watching television programs, Graciela listened to the Adventist radio station, Nuevo Tiempo. When the announcer offered free Bible studies, Graciela contacted the station and arranged for someone to come to her home to study the Bible with her. She especially enjoyed studying Bible prophecy and after completing the lessons was baptized.

When Graciela started attending the Adventist church, she met a woman named Sonia, and the two became close friends. Sonia had joined the Seventh-day Adventist Church with her family when she was 12 years old. Later her family left the church, but she stayed. “I always loved reading the Bible,” she said, “and knowing that Jesus really loves me means a lot.”

Sonia loved working with the children at her church, but when she moved to a new neighborhood, she wanted to do something special for the many children who lived around her. She started planning what she could do, and decided to open a branch Sabbath School in her home. But first she began with a type of Vacation Bible School program each evening during “Holy Week” (the week between Palm and Easter Sunday). In South American countries, this week is a time when people are especially open to religious topics.

The first evening eight children came to Sonia’s house, but each evening the group grew bigger. Sonia invited Graciela and some of the other women in the church to help her with the program. After Holy Week, the group met once a week and continued to grow. Six months later so many children were coming to the program that Sonia needed to find another place to meet.

A House of Prayer

By this time Graciela and her husband had inherited the home where they had worshiped as young people. “This has always been a place to serve God,” Graciela said of her home. “The children can come here.”

This branch Sabbath School has continued to meet every week for more than a year. They sing Christian songs, listen to Bible stories, do crafts, and play games. The Central Adventist Church in the capital city of Montevideo donates most of the materials they use. The children love coming to what they affectionately call “Sonia’s house,” and many are now attending a new Adventist church plant. “We plan to continue having this branch Sabbath School as long as God allows us to do it,” said Sonia.