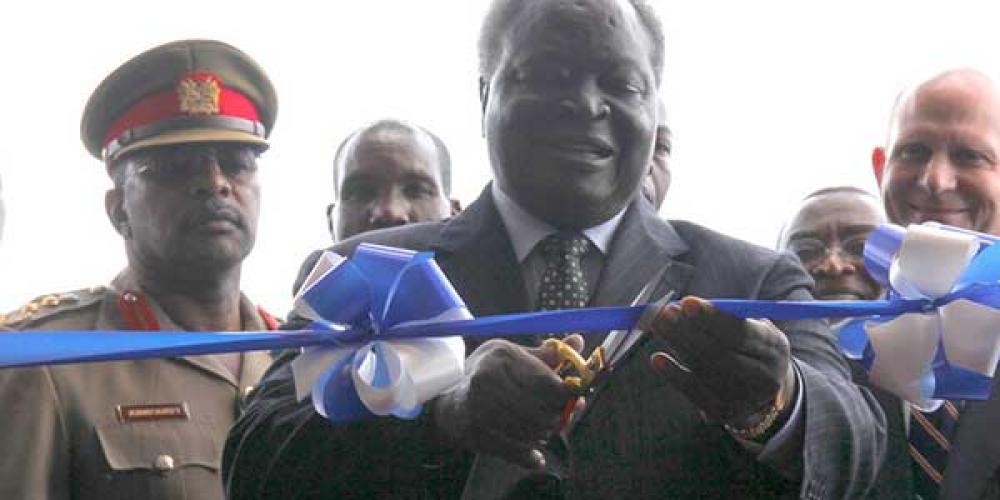 “I commend the Adventist University of Africa for championing one of the flagships of the social pillar by facilitating and promoting the provision of education,” said Kibaki, while acknowledging that the Adventist-sponsored university in Baraton was the first private university in the East African country.

On hand to host the Kenyan head of state was Adventist world church President Ted N. C. Wilson, who underscored the Adventist church’s commitment to equipping the university to offer high quality education.

“The Seventh-day Adventist church believes and remains committed to offering an education that is socially, morally and spiritually enriching,” Wilson said. “The opening of this magnificent library is an testament to that focus.”

AUA typically enrolls about 380 students per semester and is directly affiliated with the Adventist world church’s headquarters.

Its new library, a three-story complex, was built at a cost of US$6 million, with the initial $1 million donated by U.S. philanthropist Judith Thomas. Another $1 million was mobilized through a special book project initiated by the late James Cress, then secretary of the Adventist world church’s Ministerial Association. 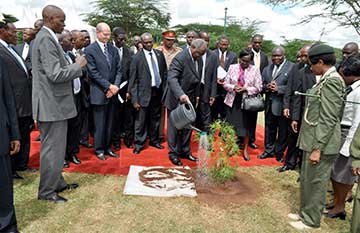 The foundation stone of the library was laid in 2005 by then Vice President of Kenya Moody Awori. The complex is located at the Advent Hill compound, which hosts the denomination’s East-Central Africa Division headquarters and Maxwell Adventist Academy.

The event was attended by local administrators, politicians and cabinet ministers. AUA council chairman Pardon Mwansa, a vice president of the Adventist world church, commended the church’s headquarters for its steadfastness in influencing transformational leadership through education.

A lighter moment of the ceremony came after the Nairobi Central Adventist Church choir led a musical presentation with Karura primary school students narrating a Biblical verse on peace. The students then released doves as a symbol of peace, but the white birds didn’t fly far. Wilson said to Kibaki in front of the crowd, “Mr. President those doves have not moved an inch from where their brief flight ended and I think that is evidence of the peace and tranquility that your coming here today signifies.”