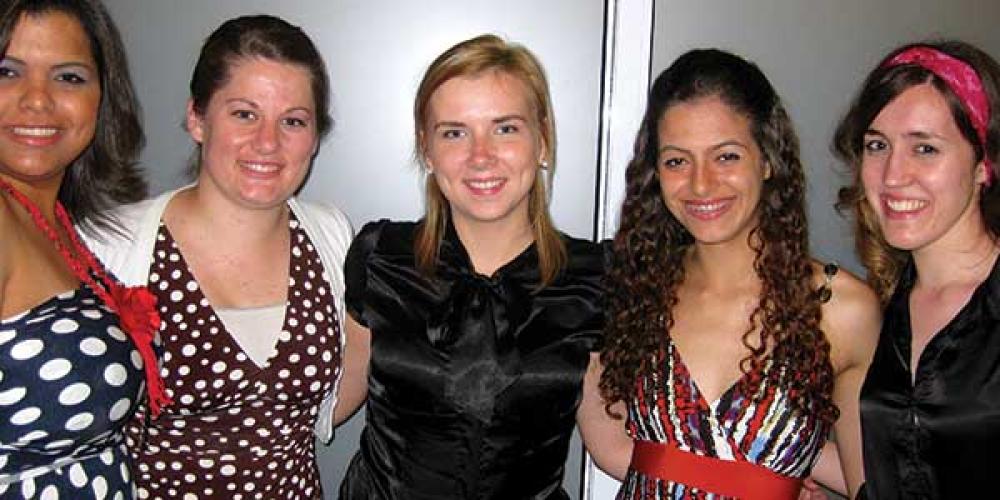 Where Are You From, Anyway?

When I entered college, the dreaded question of where I was from came more frequently. For years, I had faced it with uncertainty.

This question has troubled me for years, and I suspect it’s troubled other children of missionaries who were raised overseas. Frequently referred to as third-culture kids, we don’t share the culture of the place we were born nor that of the place our parents left behind. We create our own culture. And we feel the greatest camaraderie when we’re together because of what we do share—a strong sense of not belonging.

When I entered college, the dreaded question of where I was from came more frequently. For years, I had faced it with uncertainty. My most common answer through high school started with, “Uh,” accompanied by a startled, deer-caught-in-the-headlights look. But in the past year or two, I’ve gotten creative. I’ve started replying, “Everywhere,” or “Nowhere,” or even, “That depends. What part of my life would you like to know about?”

Eventually, after some urging, I’ll explain, “Well, I was born in South Africa, but I grew up in Zaire, which became The Democratic Republic of Congo while I was there, but my permanent address is in the United States, so take your pick!”

As a student in the United States, I got used to my classmates saying “Erica, say that thing that you say funny.” For the most part, I had learned to laugh off my differences. Yet, there were moments when I became frustrated about not knowing the right word, about not being understood. Moments when I wanted to belong, when I wanted people to listen to what I was trying to say rather than how I was saying it.

In the States, when I encountered a situation where I didn’t fit in, I could shrug and say, “Well, I’m a South African,” and people would suddenly understand why what I had said or done seemed weird. I had always been proud of where I considered myself to be from. The problem started when I became a volunteer missionary.

I went though a complicated process of choosing where I wanted to serve. First it was Tchad, then Poland, Denmark, England, or Israel. The last place on my list was South Africa. As much as I love South Africa, it seemed odd to go back to the place I was from to  be a volunteer. Also, I wanted to be a dean or teacher or something more volunteerish than a secretary. But it turned out that being a secretary was exactly what God had in mind for me. And, surprisingly, the experience has become a blessing.

Here in South Africa, I get called “the American” or “the volunteer from the States,” something that leaves me silently cringing. In my head I cry out, I was born in Johannesburg; I’m from here! But to South Africans, I’m American.

Being a third-culture kid can be painful sometimes, but I’ve come to realize that there is a blessing in not belonging. Though hidden, the blessing lies in the promise of a heavenly home, one that will be oh-so-sweet for those of us who have felt the despair of not belonging anywhere. In heaven, we will all fit in. We will be automatic citizens, never going through the rigmarole of filling out citizenship paperwork or explaining our dual-citizenship status.

While I love my culturally diverse background, there’s a part of me that longs to belong. God has used this year of volunteering to turn my longing toward heaven and a life with Him. Like the hymn I’m But a Stranger Here says, “There at my Savior’s side, Heav’n is my home. There are the good and blest, those I love most and best; and there I, too, shall rest, Heav’n is my home.”

Born in South Africa, Erica Bradfield moved to the United States in 1998. She served as the secretary to the arts faculty at Helderberg College in South Africa.