Are Mission Offerings Still a Thing?

Meet Vigen, a Global Mission pioneer serving in Armenia. Although Armenia was the first nation to adopt Christianity as its official religion, Adventists have been praying for opportunities to share a unique message with the people living in its capital city, Yerevan.

“Our main goal is to spread the three angels’ messages in this area,” Vigen says. “To serve people through health ministry.”

After working in this neighborhood for two-and-a-half years, Vigen started a small group of believers. This group is excited to share the Adventist message, and they have found that health ministry is the best way to connect with the community.

Over the past year, they’ve run small health expos featuring lifestyle seminars such as the “Breathing Free” program for smokers. Healthful cooking classes are a favorite among people in the community. They love learning new recipes and tasting food in a social setting.

Some members started a colporteur ministry, knocking on people’s doors and offering them an opportunity to buy Adventist literature. As their group became known in the neighborhood, they decided to hold a series of Bible meetings in their small rented space.

They mailed and passed out dozens of invitations to these upcoming meetings, but just before the day of the event, they were evicted from the building. It’s very difficult and expensive to rent space in this part of the city, so the members did the only thing they could at that point: they prayed.

“After a few days of prayer, we found a building on the same street, only two doors down from our former building!” Vigen says. “It was an incredible miracle from God.”

Taking this as a sign from God, the meetings continued as planned. Karine, a woman from the community, was willing to try anything to fill a feeling of emptiness she couldn’t explain. “I met Vigen about two years ago,” she says. “When I heard him speaking, it touched my heart. I began to understand the Bible, and that empty space inside me was filled.” 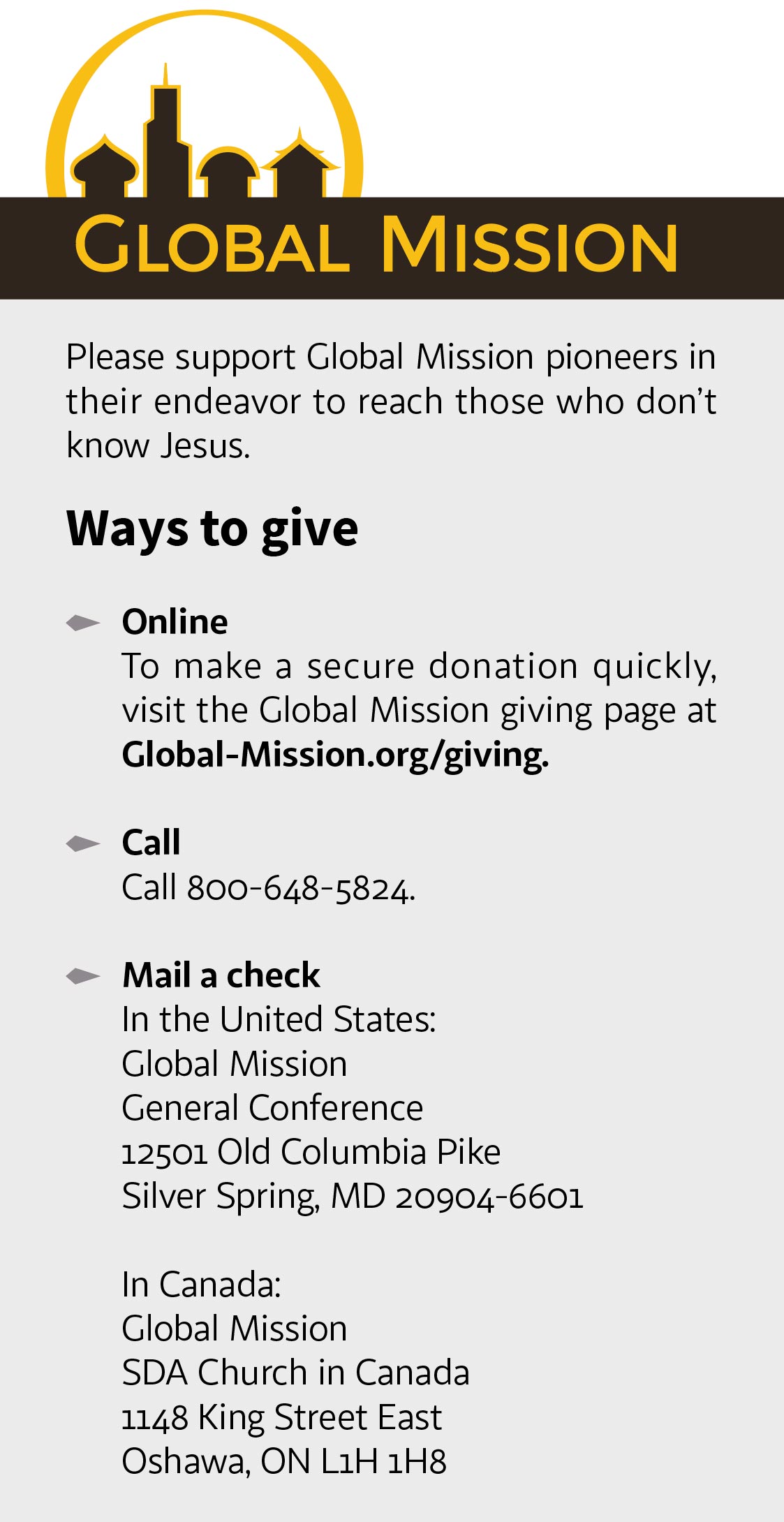 Karine was baptized and is now actively engaged as a member of the Adventist church.

“I became like a new person,” she says. “I’m more faithful to God now. Wherever I go, I feel a peace and comfort that wasn’t there before.”

Mission work in cities such as Yerevan can be extremely difficult. Church planting can seem like an impossible task at times, but through prayer and God’s power, new groups of believers can start. Global Mission pioneers such as Vigen have found that by using Christ’s method of ministry, they can break through barriers that they couldn’t otherwise.

“We want to show people that we love them, that we’re interested in them and are prepared to help them solve their everyday problems,” Vigen says. “I think the gospel is the answer to many problems that people have.”

Thank you for supporting Global Mission through your donations and prayer. Your support is helping pioneers such as Vigen plant new churches in unentered areas of the world.