The Boy Who Grew a Church

How does an elementary school go about reaching the cities of the world? Forest Lake Education Center in Longwood, Florida, has mapped out a plan to pray for the more than 570 cities worldwide that have a population of a million or more during the 2019–2020 school year!

Seventh-grade teacher Rosalee Taylor was listening to 3ABN during the summer when she heard a Mission to the Cities advertisement for a free prayer map. The ad directed her to the Mission to the Cities website, where she found the offer repeated. Her initial request for a single map read: “What a wonderful idea to pray for our cities. I would like to use the prayer map ministries with my students. My students can pray for the youth in those cities and learn about the people of those cities.”

After that message, however, her idea quickly grew from having the students in her classroom pray to having the entire school pray. As it turned out, the prayer map, which is laid out to look like a subway map and organizes the cities by the divisions, or regions, of the General Conference, fit beautifully with the school’s existing plan to celebrate the diverse cultures of the world through the theme “The Family of God.” It also fit with the goal of the school’s director of spiritual enrichment, Joy Uzarraga, who was looking for a way to increase the prayerfulness of the school.

When Joy heard Rosalee’s idea, she quickly worked out a plan to have each grade level pray for one or two of the divisions of the General Conference, which, on the map, are made to look like subway lines. Each classroom will pray for one week for each city on their line, praying, for example, on Monday for Tokyo’s city leaders, on Tuesday for missionaries there, on Wednesday for the city’s families, on Thursday for education in that big city, and on Fridays that the people of Tokyo would come to know Jesus. At the end of the week, the class will check off Tokyo on a small prayer map in their classroom. With each class doing their part, all the cities of a million or more worldwide will be prayed for within nine months. 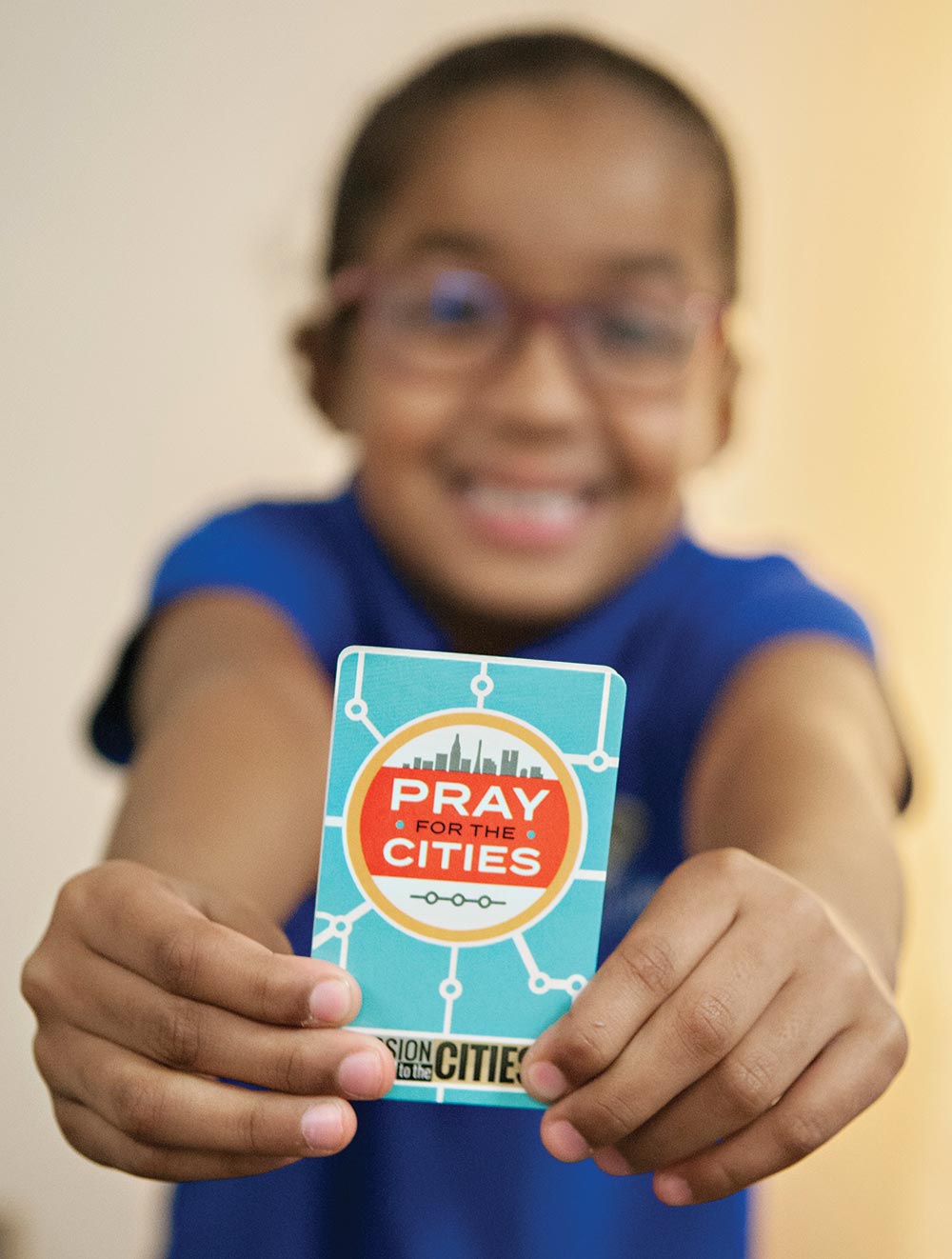 As the 2019–2020 school year began, the more than 670 students set out together to pray their way around the world. Students now pray daily in their classrooms for their designated regions and cities, and at the same time, they are getting to know the cultures of their region and even the history of the church in that region.

Additionally, the school emphasizes the value of diverse cultures through a monthly school-wide focus on a particular region of the world. Each month, in a special chapel program, they celebrate the region of the month with songs, flags, history nuggets, mission stories, and, when possible, a speaker from the highlighted part of the world. Further, school-wide morning announcements include a time of prayer for student requests as well as for the leaders and families of cities in the region being celebrated that month.

As another way of emphasizing the importance of praying for the cities and people of the world, a large prayer map hangs on the wall outside Joy’s office, and the kids put sticker dots in the circles of the cities as they are prayed for. Additionally, all students have received small prayer maps to take home so that they can pray around the world with their families. Perhaps one day we will see the eternal result of 670 children and their families praying for the cities!

Would your school or church consider joining Forest Lake Education Center in praying for the cities of the world? Download the prayer map from MissiontotheCities.org and print it in the quantities and sizes needed for your group. And please, share with Adventist Mission your experience of praying for the cities. Just send an email with your story and/or photos of you or your group with your completed prayer map to Info@AdventistMission.org.

The Mission to the Cities initiative is part of “Reach the World,” the 2015–2020 strategic plan voted by the General Conference of the Seventh-day Adventist Church. Mission to the Cities operates under the Global Mission Urban Center in partnership with the Global Mission Centers and Adventist Mission. To learn more about Life Hope Centers, please visit MissionToTheCities.org.