Does it seem like the church likes to talk about the youth a lot—but not necessarily with them? In my own circles, I’ve often heard how the youth are the future and how we need to be training them to take the gospel to the ends of the earth.

While this is true, I believe that we often overlook the fact that young Adventists are also actively engaged in mission work now. Every day, young people are sharing the gospel, living out their faith, leading Bible studies, and serving as missionaries and volunteers far from home. They’re passionately sharing the love of Jesus with others.

So in 2018, Adventist Mission held the “My Story, My Mission” contest, our second film contest for students. We wanted to ask young people what mission means in their daily life. What does mission look like to them? And, when given the opportunity, would Adventist young people boldly share their mission story through film?

Student filmmakers from Honduras to Thailand and the United Kingdom to Australia sent in their short films, hoping for a chance at the grand prize: an international trip to help film a mission story with Adventist Mission producers. The 30 entrants represented nearly 20 countries. Each entry told a unique mission story and demonstrated the student’s commitment to mission work at home and abroad. The youth are ready for the mission challenge. Indeed, they’ve already started! 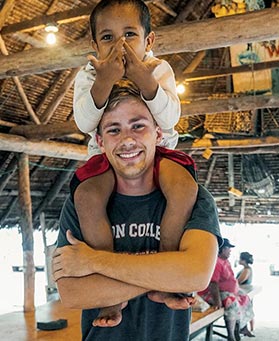 Caleb: I began watching filmmaking videos on YouTube, and then I started making videos when I was in Lebanon with my family helping refugees. Not long after that, I served as a student missionary in Pohnpei, Micronesia, and it was very exciting to make videos of the beautiful island, landscapes, and adventure everywhere. That year was when I really got into filmmaking.

Caleb: I wanted to tell a story of mission and the importance it plays in how we live our lives. However, I didn’t have a direct story that I felt showed everything I cared about, so I decided to take footage from my previous trips and tell some of my favorite stories from those experiences.

I loved the idea of expressing my belief that God has a plan/story for me which has started, but there’s so much more to it! The same mission that God has been leading me on so far will help me understand how my own story may be completed.

Caleb: No matter what your story is, let God’s mission for you dictate how the rest of your story will play out.

Caleb will go on his international trip later this year. To follow along on his adventure, follow Adventist Mission on social media or sign up at AdventistMission.org/filmcontest.

Ryan: It happened gradually. When I was young, I was always interested in cartoons and humor; I even made my own comic books for a period of time. From that, my interest in film began, and I wanted to make people laugh with my own videos. I’ve always enjoyed telling stories, so film was something that resonated with me.

Ryan: I thought that if I was going to enter this contest, I had to make something different, something upbeat and slick. I guess what I learned from the experience is that, no matter how much time you have, being creative and interesting holds more value than always sticking to the regular formula.

Ryan: What it means to be an Adventist, which is to live like Christ. 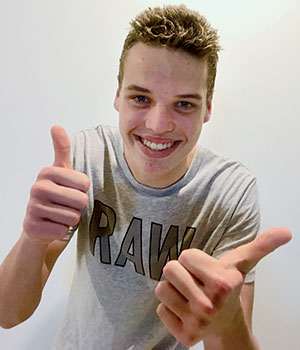 Jack: My father began filmmaking seven to eight years ago. Naturally, I became curious and wanted to learn.

Jack: My film is an expression of gratitude to God over what I’ve discovered since learning that it’s not about what you do; it’s who you know.

Jack: I hope the audience of my film will realize what I did: that being a Christian is about what Jesus does through you when you become His friend.

To watch the winning “My Story, My Mission” films, go to bit.ly/2018-AM-contest-winners.