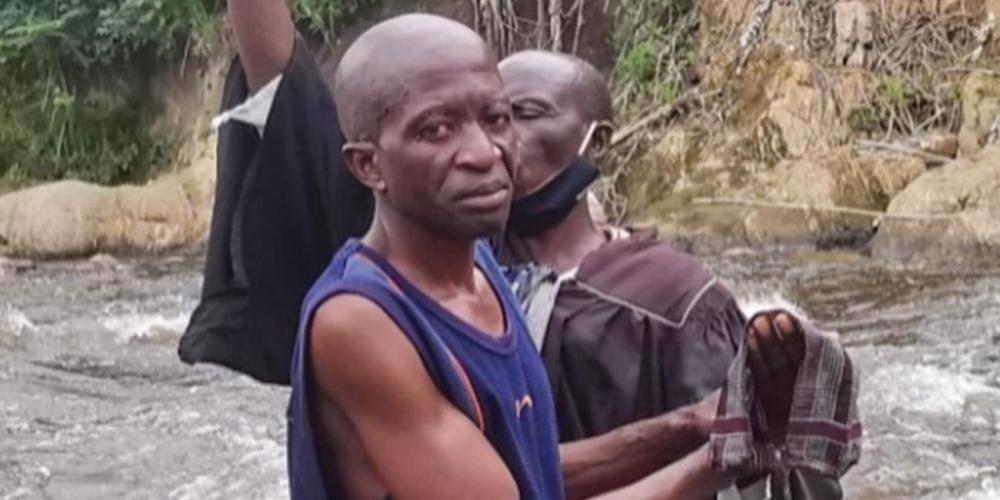 Give Me the Bible

This mission story illustrates Spiritual Growth Objective No. 5 of the Seventh-day Adventist Church’s “I Will Go” strategic plan: “To disciple individuals and families into spirit-filled lives.” For more information, go to the website:IWillGo2020.org.

The Thirteenth Sabbath Offering next quarter will support five projects in the Inter-European Division:

To Sabbath School teachers: This story is for Sabbath, March 25.

This is the story of a family in the African country of Uganda.

The family had a lot of free time. When a neighbor named Stuart offered to study the Bible with the family, Father decided it would be a good time to read what the Bible says and to see it with his own eyes.

Stuart came over to the family’s home with his Bible. Father, Mother, and the children gathered around to read the Bible with their guest.

The family read the Ten Commandments in Exodus 20: “You shall have no other gods before Me … You shall not make for yourself a carved image. … You shall not take the name of the Lord your God in vain” (NKJV). Father was shocked when they reached the fourth commandment, which says, “Remember the Sabbath day, to keep it holy. Six days you shall labor and do all your work, but the seventh day is the Sabbath of the Lord your God. In it you shall do no work” (Exodus 20:8-10).

“What is this about the seventh day of the week being the Sabbath?” Father asked.

Stuart explained that God had set aside the seventh day as holy in the beginning, when He created the world. He read stories from the Bible about how Jesus worshiped on the seventh-day Sabbath.

“God never changed the Sabbath to Sunday,” he said. “There is no verse in the Bible where God changes the day.”

Father grew even more amazed. He read the Bible verses for himself. Sure enough, everything that Stuart said was true. Then Father become sad.

“I’m so disappointed that I have spent all these years worshiping God on the first day of the week instead of the seventh day as the Bible commands,” he said.

He promised that he and his family would only worship God on the seventh-day Sabbath from that day forward.

Immediately after learning the Bible truth about the Sabbath, Father said that he wanted to be baptized the way that Jesus was baptized. Jesus was baptized by immersion; His entire body was dipped under the water. Father had been baptized by sprinkling many years earlier, when he was a little baby; a priest had sprinkled water on his tiny head.

Father was happy that he was reading the Bible for himself. He was seeing for the first time what God really wanted him to do.

But the priest was upset when he learned that Father wanted to get baptized and to join the Adventist Church. He came to the house and tried to convince Father to change his mind.

“You should not pay attention to the Adventists,” he said.

The priest refused to leave the house. He stayed for several days and nights, trying to convince Father not to join the Adventist Church.

Father told the priest, “You never allowed me to read the Bible for myself, and you never let me ask questions about the things that I didn’t understand. You said that the Bible is only for the priests and that I had to obey whatever you taught. But now I know what the Bible says, and I will obey only God.”

The priest was not about to give up. When the day of Father’s baptism arrived, he and several other priests stopped Father from leaving the house.

Father had to postpone his baptism for another day. But then the priests again prevented him from being baptized.

Four times the priests stopped Father from being baptized. The priests also offered Father an expensive gift if he would change his mind: a brand-new house.

On the day of the baptism, the priests arrived at the house with a group of Father’s old Sunday church friends. They tried to block Father from going to the baptism. Father refused to be stopped again. Somehow, he made it to his baptism.

Do you read the Bible?

Thank you for your Thirteenth Sabbath Offering today that will help many people in Uganda learn about the Bible through a youth training center in the town of Nchwanga. In all, the offering will help six mission projects in five countries. Thank you for your generous offering.

This mission story illustrates Spiritual Growth Objective No. 5 of the Seventh-day Adventist Church’s “I Will Go” strategic plan: “To disciple individuals and families into spirit-filled lives.” For more information, go to the website:IWillGo2020.org.

The Thirteenth Sabbath Offering next quarter will support five projects in the Inter-European Division: