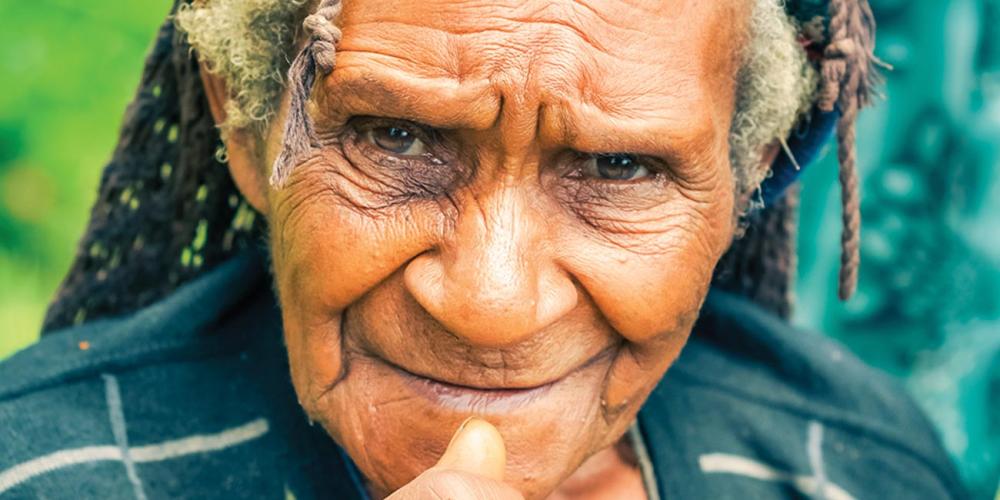 To Sabbath School teachers: This story is for Sabbath, October 15.

n old woman caught the attention of 12-year-old Shanita in the city of Wewak in Papua New Guinea.

The old woman was a neighbor who lived in a house near Shanita’s home. Shanita thought she was a nice old woman. She smiled a lot. She treated Shanita kindly. But she did something strange. Every Saturday, she put on her best clothes and walked to church.

Shanita loved the Sabbath School! She listened to stories from the Bible. She made new friends with the other children. She stayed for the sermon and attended the Pathfinders club in the afternoon.

Now Shanita understood why the old woman went to church on Saturdays. The old woman remembered that God created the earth and everything in it and was resting, like God, on the Sabbath.

For six Sabbaths in a row, Shanita went to the church to learn more about God. On the seventh Sabbath, Shanita did not walk to the church alone. Her two sisters wanted to go with her. Shanita was happy to walk to church with Martina and Martiva. It was nice to worship God together. Soon Martina joined Pathfinders, and Martiva joined Adventurers. The three sisters began to think, “Wouldn’t it be nice if Mother and Father also came to church on Sabbath?” For many, many months the girls prayed for their parents to go to church.

One day, Mother and Father suddenly announced that they wanted to go to church on Sabbath. The girls were so happy! Today, Shanita walks to the church every Sabbath with Martina, Martiva, Mother, and Father. The girls are now praying that Mother and Father will give their hearts to Jesus and get baptized. They know that God hears their prayers and that He will answer them.

Thank you for your mission offering that helps spread the love of Jesus in Papua New Guinea and around the world.