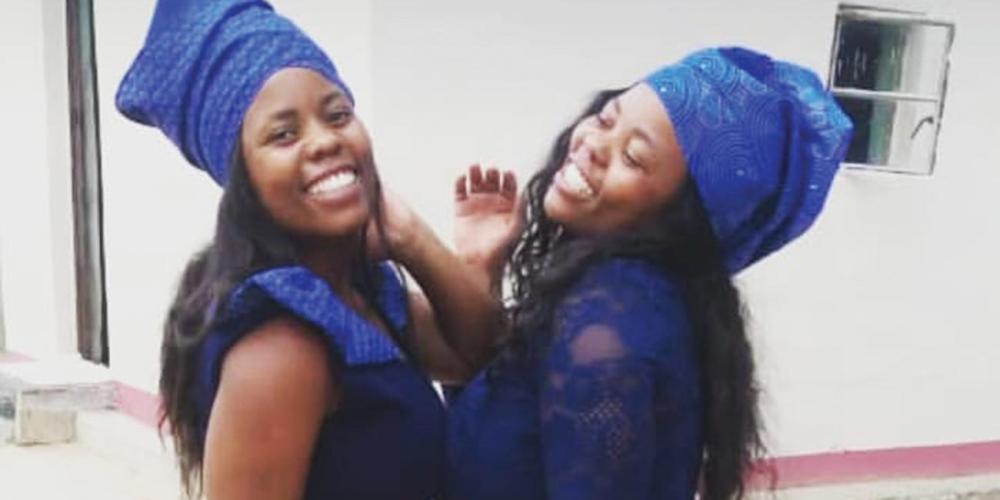 The Namib Desert stretches along the entire coastline of Namibia and is believed to be the oldest desert on the globe. In addition, the sand dunes located here are the highest in the world; the tallest is about 1,273 feet (388 meters) high.

To Sabbath School teachers: This story is for Sabbath, April 23.

hen evening came, Maria told the weeping twins to open the kitchen windows and put some food on the table in their home in Namibia.

“Your mother is not far from you,” Maria said. “Prepare food every evening and leave it in the kitchen for your mother to come and eat.”

It was a sad day. Mother had died. Maria was a family friend who was taking care of the twins until Auntie could arrive from Zimbabwe.

Melissa and Diana liked the idea of placing a dish of vegetable stew and mealie pap maize porridge on the table. Then they could sleep, knowing that Mother could come and visit them from heaven.

But that night, they didn’t put any food on the table. They were too tired and sad to do anything but climb into bed and cry themselves to sleep.

Early the next morning, Maria woke up the twins. “Your mother was here!” she said. “She spoke to me and asked if you were taking good care of me.”

The twins smiled with excitement.

“Mama is with us?” said Diana.

When Auntie arrived from Zimbabwe later that day, she was astonished to hear that Maria had told the twins to put out food for Mother and that she had claimed to have seen Mother.

“Why are you teaching the girls this superstitious nonsense?” she said.

Then she called Melissa and Diana for a serious talk about what happens after death.

“I know you love and miss your mother very much,” Auntie said. “Your mother also loved you very much. But she is not going to eat anything while you are sleeping at night. She also is sleeping, and she will sleep until Jesus comes again.”

Opening her Bible, Auntie showed the girls that the Bible teaches that “the dead know nothing” (Ecclesiastes 9:5, NKJV) and do not praise God (Psalm 115:17). Those who are dead “sleep,” waiting for Jesus to return to the earth in clouds of power and great glory (Matthew 24:30–31). When Jesus comes, Auntie said, He will awaken the sleeping dead, and “we shall always be with the Lord” (1 Thessalonians 4:16–17).

Melissa and Diana had gone to church with Mother on Sundays. But they had never heard that the dead were sleeping, and they listened eagerly to Auntie.

“Jesus knows how sad you are,” Auntie said. “He also is sad. Death is a sad thing. But Jesus promises to be with us today and every day. He promises that He will never leave us or forsake us” (Hebrews 13:5).

Melissa and Diana liked the sound of that. They believed Auntie. They decided never to put food on the table at night. Mother was not going to visit that night — or any night. She was sleeping in the grave, waiting for Jesus to wake her up.

Melissa and Diana decided that they wanted to be ready to meet Jesus when He comes. They started going to Auntie’s Seventh-day Adventist church, and they gave their hearts to Jesus. Today, Melissa is married to an Adventist pastor, and Diana serves as a church deaconess. They eagerly are waiting for that wonderful day when Jesus will appear in the clouds of glory, and they will meet Him and Mother in the air.

The Namib Desert stretches along the entire coastline of Namibia and is believed to be the oldest desert on the globe. In addition, the sand dunes located here are the highest in the world; the tallest is about 1,273 feet (388 meters) high.