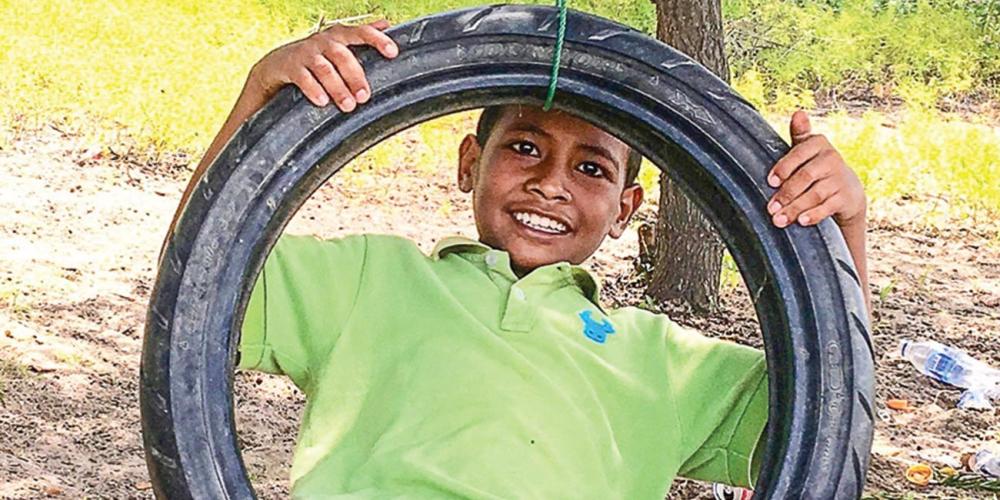 The Thirteenth Sabbath Offering next quarter will help the Southern Africa-Indian Ocean Division to establish:

To Sabbath School teachers: This story is for Sabbath, March 26.

igh in the mountains of Timor-Leste comes the story of Basti.

Basti, a shy boy who was small for his age, was happy living with Father and Mother in majestic mountains covered with thick, green jungle. From his village home, he could see the peak of Mount Tatamailau, which at 10,000 feet (3,048 meters) is the nation’s tallest mountain.

As Basti got ready to move down the mountain, he had a dream. In the nighttime dream, he saw a shining white angel with a very kind face. The angel came to him and soothed his aching heart and his dark future with words of calm and peace.

“Do not be afraid,” the angel said. “God will take care of you.”

When he woke up in the morning, Basti was confident that God would take care of him. He didn’t know how, but he was sure that God loved him and would help him.

A short time later, he was living in the big city with his aunt and uncle. His missed his village home. He missed the mountains. He especially missed Father and Mother. But he knew that God would take care of him.

As the days passed, he enjoyed playing with his young cousins in the street outside his new home. He also made a new friend, a neighbor girl who sometimes joined them in their street games. The girl came from an American missionary family who lived on the same street. Basti learned that the girl and his cousins were classmates and studied at the same school.

When the missionary parents heard about Basti, they wanted him also to study at the school, the only Seventh-day Adventist school in the country. They prayed, and amazing things began to happen. First, money was found to pay for Basti’s studies at the Adventist school. Then his aunt and uncle decided to give their hearts to Jesus and were baptized. Basti enjoyed going to church with them every Sabbath.

Today, Basti is a happy, active boy with many talents. He has never forgotten the dream with the angel. God promised to take care of him, and He has!

Without the assistance of the Seventh-day Adventist church and school in Timor-Leste, Basti’s story could have had a much different ending. Six years ago, part of the Thirteenth Sabbath Offering helped open the Adventist school in Dili. Today, the Thirteenth Sabbath Offering will help construct a dormitory so children from villages in Basti’s mountains and elsewhere can live and study at the school. Thank you for giving a generous offering so this project and the other important projects in the Southern Asia-Pacific Division.

The Thirteenth Sabbath Offering next quarter will help the Southern Africa-Indian Ocean Division to establish: