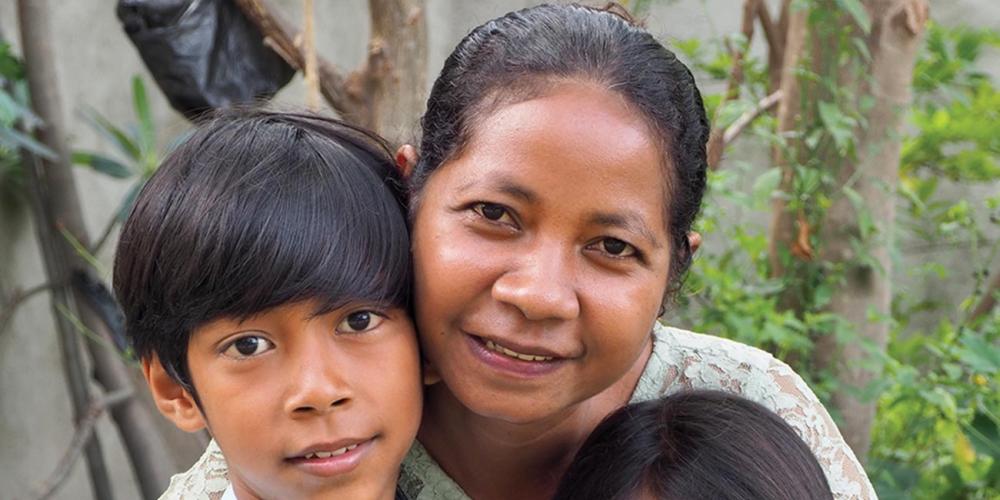 To Sabbath School teachers: This story is for Sabbath, March 19.

hen Bino turned 3, Mother decided that she wanted her little boy to go to an international school in Timor-Leste.

Mother wanted Bino to learn English, so she asked Father to find an international school in Dili, the capital of Timor-Leste where they lived.

Then Father walked past a Seventh-day Adventist church. He saw a sign on the church fence advertising the Timor Adventist International School. A phone number was on the sign, and Father called for more information. To his delight, he learned that he could afford to send Bino to the school.

Father and Mother were not Adventist, but they had heard about Adventists. Mother’s uncle was an Adventist. Before he had become an Adventist, he had smoked cigarettes and drank alcohol. His language had been rough and he had eaten unhealthy food. Because of the unhealthy food, his legs had been covered with sores. But after being baptized, he had stopped smoking and drinking, and he had become healthy. He read his Bible, and he encouraged Mother and Father also to read the Bible. Mother and Father liked the new Uncle. He was jolly and pleasant to be around.

As the weeks and months passed, their English-language lessons grew more complicated.

“I love YOU!” Mother exclaimed.

English was not the only thing that Bino taught Mother after school. Every day, Bino heard Bible stories from his teachers, and he shared those stories with Mother. As Bino grew older, he told Mother about David and Goliath, Jonah and the big fish, and Jesus and the little boy whose lunch fed more than 5,000 people.

Mother loved hearing her little boy tell Bible stories. She and Father began reading the Bible. Sometimes they had questions about what they were reading, and they sought answers from the pastor of the Adventist church near Bino’s school and an American missionary who also lived on the island. The pastor and the missionary visited Bino’s house regularly. The day came that Father and Mother were baptized and joined the Adventist Church.