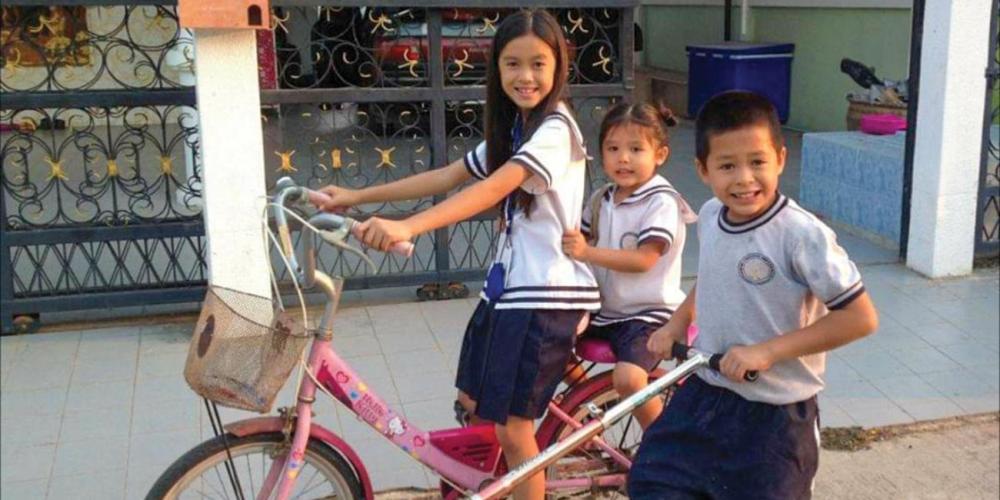 Bowing Only to God

To Sabbath School teachers: This story is for Sabbath, February 12.

ix-year-old DJ saw a shrine as she walked down the hall of her school in Thailand.

DJ remembered that her teacher had told her and the other children to bow to the image of Mary when they saw it. So, DJ carefully bent her knees in front of the image. Then she continued on her way.

She didn’t know it, but someone saw her bow.

Far up on the fourth floor of the school, Father happened to glance down, and he saw his little girl bow to the image. Father was a Seventh-day Adventist, and he didn’t bow to images. At first, he thought that DJ was one of the many children at the school whose parents bowed to images. But then he saw her face and realized that she was his own daughter.

At home, Father and Mother sat down for a talk with DJ.

“Today, I saw you bend your knees to the image at school,” Father said. “Why did you do that?”

DJ looked at Father and Mother with wide eyes. She didn’t think that she had done anything wrong.

“Teacher said we should do that,” she said.

Father and Mother looked at each other. While they had taught DJ that they were Seventh-day Adventist, they had never explained that there were other religions in the world and that some of them bowed to images.

Father opened his Bible to Exodus 20 and told DJ about the Ten Commandments. “Listen, to the first commandment, DJ,” he said. “It says, ‘You shall have no other gods before Me.’ That means that God wants us to worship only Him. We bow only to God. We do not bow to anyone else.”

Then Father read the second command-ment, which says, “You shall not make for yourself a carved image.”

He explained that the image at school was a “carved image.”

“God says we should not bow down to them,” he said.

DJ understood. She loved God, and she promised not to bow to anyone but God.

Meanwhile, Father and Mother were praying earnestly. They saw that it was difficult for DJ. They wanted her to be able to study at an Adventist school.

DJ loved her new school. Many of the children were not Christian, but all the teachers were Adventist, and they loved God with all their hearts.

At the school, DJ learned more about the Ten Commandments, and she even memorized them all.