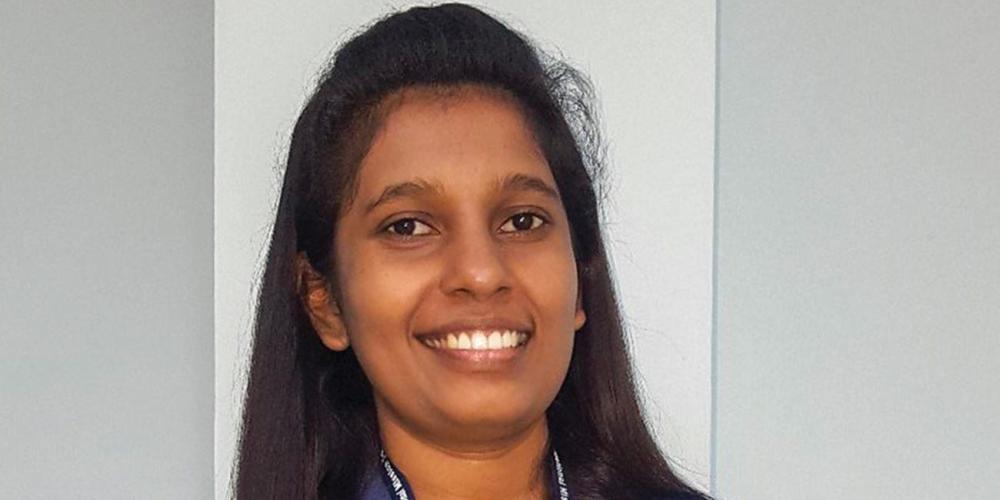 Father of the Fatherless

To Sabbath School teachers: This story is for Sabbath, January 29.

small girl believed in God, but she had a big question: Can God really do miracles? Perhaps the girl, Pradeepa, had a good reason to wonder. She didn’t think that she had seen any miracles in her short life in Sri Lanka.

Pradeepa was born into a Christian home, but her father died when she was 9. Without Father, Mother had to work hard to raise the girl. Pradeepa saw how difficult life was for Mother, and she wondered, “Can God really do miracles?”

One day, Mother told Pradeepa that they would worship at a new church. Instead of going to their usual church on Sunday, they would go to a Seventh-day Adventist church on Sabbath. A friend of Mother’s had invited them.

Pradeepa liked the new church. She enjoyed learning about God in Sabbath School. She loved listening to stories from the Bible. She heard about Jesus turning a boy’s five loaves and two fish into a huge meal to feed more than 5,000 people. She heard about Jesus raising a 12-year-old girl from the dead. She wondered, “Can God really do miracles?” Even though she wasn’t certain that God could do miracles, she knew that she loved Him. She gave her heart to Jesus and was baptized. Mother also was baptized.

As Pradeepa grew older, she decided that she wanted to become a teacher. But she had a big problem. She couldn’t pay for college. Although Mother worked hard, she didn’t have enough money to help. Pradeepa wished that she still had a father. She prayed, “Dear God, if You really are my Father, and if You really want me to go to college, please raise up someone to help me.”

Then someone called on the telephone.

“Hello,” said the unfamiliar voice. “Do you want to go to college?”

Pradeepa didn’t know who was calling, but she knew that she wanted to go. “Yes,” she said, slowly. “But Mother and I don’t have enough money. Only God, who is my Father, can help.”

“Get ready to go to college,” the voice said. “I will help you.”

At that moment, Pradeepa knew that God really can do miracles! Tears flowed down her cheeks as she thanked Him. “I may not have a father on earth, but I have the most wonderful Father in heaven,” she prayed.

Three years ago, your Thirteenth Sabbath Offering helped the school where Pradeepa teaches, the Adventist International Mission School in Korat, Thailand, to move to a new campus so even more children can learn about the God who does miracles.