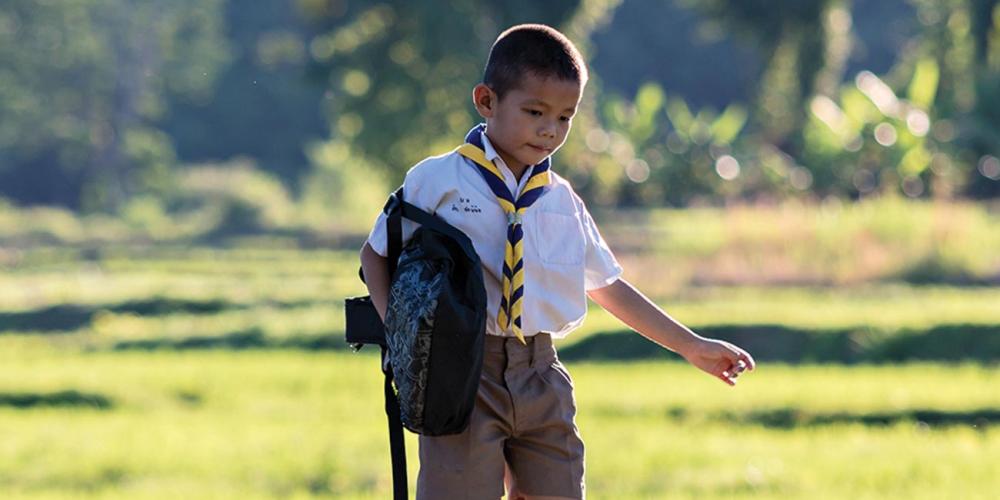 To Sabbath School teachers: This story is for Sabbath, January 22.

an you imagine having a Father or Mother who didn’t know Jesus? What would you do?

Singkham’s Father and Mother did not know Jesus. Like many people in Laos, they were not Christians, and they had never gone to church. Singkham, however, loved Jesus and wanted his parents to know Him, too. But how?

He began to pray. He asked people at church to pray. Everyone prayed for Father and Mother.

“Please, help Father and Mother to know You,” Singkham prayed every day for a whole year.

Then Father fell ill with a terrible pain in his belly. At the hospital, the doctor said Father had a kidney stone. A kidney stone is a small stone that forms in the kidney, which is in the belly. It hurts a lot.

The operation was a success! The kidney stone was removed, and the pain went away.

Father was so happy that Jesus had saved his life! Mother also was happy! They decided to read the Bible every day because they wanted to know more about Jesus.

Singkham was especially happy! Jesus had answered his prayers, and his parents were beginning to know Jesus.

Singkham didn’t know what to do. He couldn’t understand why Father was ill again. He prayed for Jesus to heal Father.

Finally, the doctor said he wanted to perform an operation.

“We cannot find the cause of your sickness,” he told Father. “So, I want to open up your belly to see what is causing the pain.”

The doctor came out of the operating room after 30 minutes.

He said Father was very sick, and nothing could be done to treat them. He didn’t even want to sew Father’s belly shut after the operation.

The doctor asked Father to come back to the hospital for an examination. He could not believe his eyes when Father walked in. Father was in perfect health!

“How can this be?” the doctor exclaimed.

Singkham loves Jesus with all his heart. He had prayed for Father and Mother to know Jesus, and now his whole family knew Him. Jesus really does answer prayers!