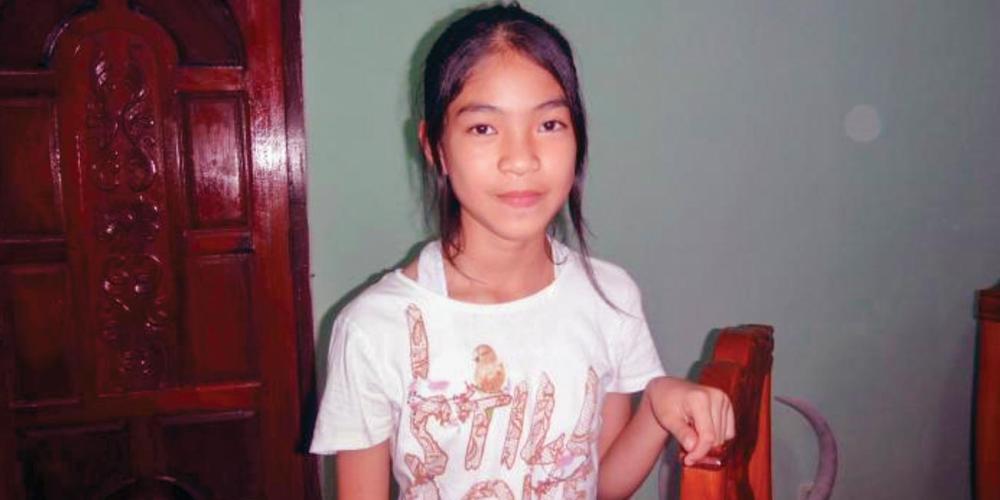 The UNESCO World Heritage Site of the Plain of Jars is comprised of more than 2,100 stone jars that were used for funerals during the Iron Age from 500 BC to 500 AD.

To Sabbath School teachers: This story is for Sabbath, January 15.

rack! An odd noise woke up little Amy late at night. Lifting her head, she smelled a foul odor in the air.

In another bedroom of the house, the noise woke up Father and Mother, and they smelled the foul odor. Amy’s elder brother also woke up and sniffed the air.

But no one wanted to come out of their rooms to see what was happening. Burglars often broke into homes in their village in Laos, and they did not want to be attacked.

Finally, Amy’s curiosity got the better of her, and she decided to take a look. Peeking out of the door, she saw that the television set was engulfed in a ball of fire. The television set was in a wooden cabinet in the living room. On top of the cabinet was a big flower vase.

Now everything seemed to be surrounded by a big, hot fire. Orange flames were licking at the ceiling. The fire was quickly spreading toward the kitchen and garage.

But the fire was so hot that no one dared come out of their rooms. Her father, mother, and brother quickly ran to a window at the back of the house and jumped out. But Amy did not run. She fell on her knees.

“God, please save us,” she prayed.

At that moment, the big flower vase fell over on the wooden cabinet and into the fire. The flames decided to stop racing up the ceiling, and to the kitchen and to the garage. The fire immediately died out.

Several neighbors had seen the fire and were trying to help. They ran to the front of the house and pounded on the closed wooden windows, trying to break them in order to enter. No matter how hard they hit, the closed wooden windows would not break. Then they saw that the fire had gone out. It was a good thing that the windows did not break because it would have cost a lot of money to replace them.

Amy’s family repainted the living room after the fire, and they dedicated their home to God. They realized like never before that their home and everything that they owned actually belongs to God. Father gladly joined Mother and the children in the prayer of dedication for the house. He saw that the God who had answered Amy’s prayer was more powerful than his wooden images.

Thank you so much for your Sabbath School mission offering that will help spread the gospel to the people of Laos. Part of this quarter’s Thirteen Sabbath Offering will help open an elementary school in Laos.

The UNESCO World Heritage Site of the Plain of Jars is comprised of more than 2,100 stone jars that were used for funerals during the Iron Age from 500 BC to 500 AD.