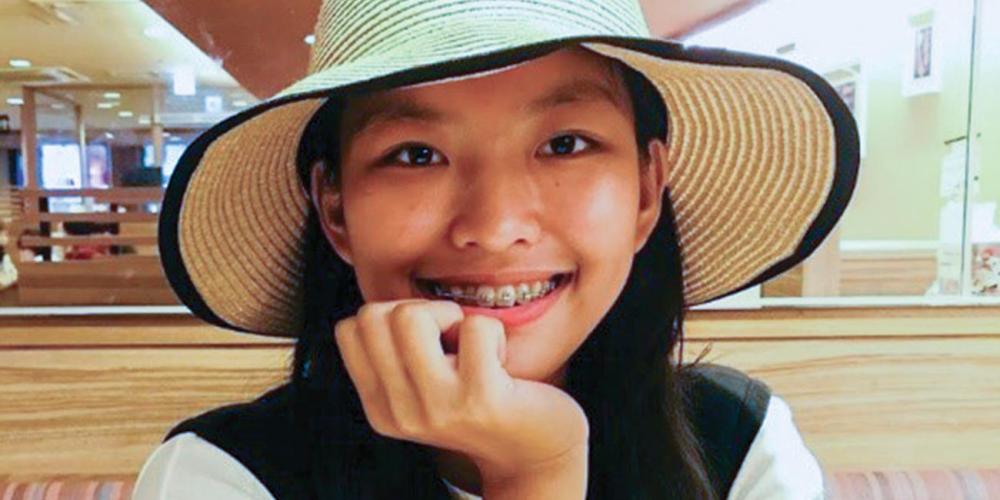 To Sabbath School teachers: This story is for Sabbath, November 6.

u-Ting never went to church as a small girl in Taiwan. Mother and Father believed in God and called themselves Christians, but for some reason they didn’t think that it was important to worship God in church.

Then Mother and Father sent Yu-Ting to live with Grandmother in a small village. Grandmother also believed in God. She also called herself a Christian. But she worshiped God in church. So, Yu-Ting went with her to church every Sabbath.

Yu-Ting made new friends while living with Grandmother, and she learned many bad things. Grandmother was worried. Mother and Father were worried. Yu-Ting wasn’t worried, but she wasn’t happy. As she did bad things, she became very sad.

She liked going to church. Worshiping God made her happy. But then she began to feel sad at church. Her new friends said they were too busy to worship God, and they stopped coming to church. Soon Yu-Ting was the only child left.

Someone asked her to help lead the song service. Yu-Ting liked to sing, and she was happy to lead the singing. Being involved in the singing made Yu-Ting more interested in the sermon. She started to pay attention to the sermons.

One day, the pastor said that it was important for everyone — grandmothers, grandfathers, mothers, fathers, and even boys and girls — to spend time alone with God every day. Yu-Ting decided to try. She found a devotional book on Grandmother’s bookshelf and opened it. The first chapter was called, “Sin.” Yu-Ting read a few sentences and quickly closed the book. She remembered the bad things that she had done, and she felt bad.

The next day, Yu-Ting opened the book again. This time she opened to a different chapter. Again, she read about sin. Again, she felt bad and closed the book.

On the third day, she opened the book with trembling hands. She read an entire page before she couldn’t stand the guilt anymore and ran to her bedroom. Locking the door, she knelt down.

She realized how foolish she had been to do bad things even though she had known better. She felt so sad. She prayed until she fell asleep.

Every night for a week, Yu-Ting knelt beside her bed and wept as she asked God to forgive her.

On the last day of the week, she said something that she had never said before. She prayed, “Dear God, I put my past, present, and future into Your hands. I understand that my sins have hurt myself and others. Please guide me according to Your will.”

When she woke up in the morning, she felt different. Her heart was filled with joy and peace. She felt like a new person.

“Thank you, Lord!” she exclaimed.

Yu-Ting had found the truth of God’s promise in the Bible, “If we confess our sins, He is faithful and just to forgive us our sins and to cleanse us from all unrighteousness” (1 John 1:9; NKJV).

Yu-Ting kept having her own morning devotions when she returned to live with her parents after three years. Mother and Father noticed that something was different about their girl. They did not say anything, but they saw that she loved to read the Bible and pray. They saw that she enjoyed worshiping God in church every Sabbath. One Sabbath, Yu-Ting invited them to go to church with her, and they agreed!

Today, Mother and Father go to church with Yu-Ting every Sabbath. Just like their daughter, they read the Bible and pray every morning. Yu-Ting is so happy! God has forgiven her sins and given her and her family a new life in Him.

Thank you for your Thirteenth Sabbath Offering this quarter that will help other children and parents in Taiwan learn about the peace and joy that comes through a personal friendship with Jesus.