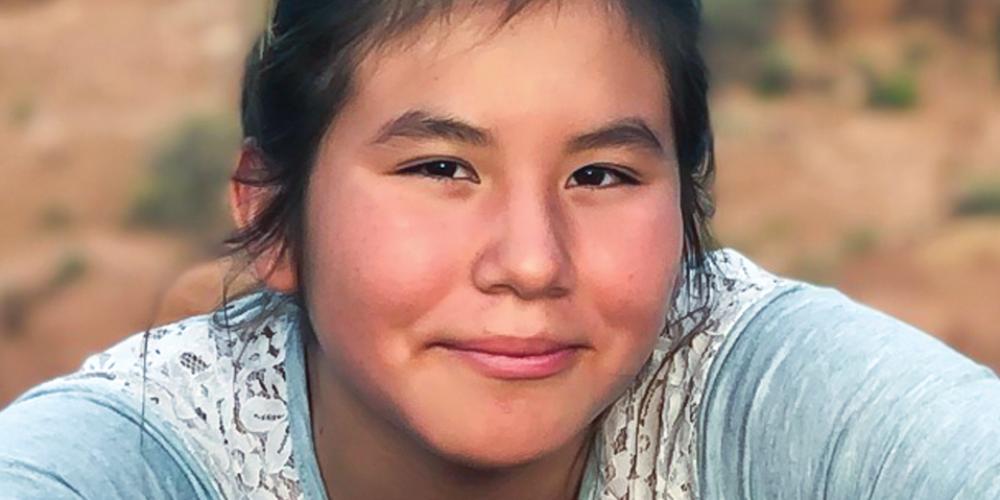 The Gila monster is the largest — and only venomous — lizard native to the United States. It can grow up to two feet (60 cm) long, and is heavy and slow moving, so it is rarely a danger to humans. It is named after the Gila River Basin in Arizona and New Mexico, where it was once plentiful.

To Sabbath School teachers: This story is for Sabbath, July 10.

By Shawnewa, as told to Diana Fish

hen I was in the fifth grade, I traveled with my father to Holbrook Seventh-day Adventist Indian School. I was excited about living there because my auntie, who is my age, often came home on vacation and told me stories about what she was learning, the fun things the children were doing, and the vegetarian food that they ate in the cafeteria. Before agreeing that I could go to Holbrook, Grandma showed me a big cookbook with recipes for vegetarian food.

“This is what you will be eating,” she said.

Once I got to Holbrook, some girls in my class bullied me, and I got caught reacting to the teasing. I was sent to the principal’s office a lot.

Then I fell behind with my schoolwork. School was very frustrating for me. One time I told the teacher, “Just give me an ‘F’!” She patiently worked with me, but I still was failing in most of my subjects.

One day, a teacher gave me some extra credit work to do and it raised my grade to an “A.” I was so excited! Soon my grades began to improve. I began to like school.

The staff noticed a positive change in me. I did not know how to accept compliments and, when a staff member told me that she was proud of how well I was doing, I found a way to get in trouble the next day. To my surprise, they did not send me home. Instead, they worked with me to help me learn to make better choices.

Then my auntie got into trouble and decided she did not want to study at Holbrook. My grandmother said I also had to return home because she didn’t want to make the two-hour trip to the school just for me. The staff made arrangements to take me home and pick me up during vacations so I could continue studying at Holbrook. When I went home on vacation, I shared Bible stories that I had learned at school and in church with my younger sister. She decided that she also wanted to come to Holbrook.

Each year at Holbrook, I learned a little more about God. Because of the trouble that I got in, I began working with a mentor. She shared things with me about God and did nice things for me to show that she cared about me. When I told her that I wanted to be baptized, she asked, “Why?” I explained that I wanted to help my family. I thought if they could see a positive change in me, then they also would want to change. My mentor studied the Bible with me and three friends at Holbrook. I learned more about Jesus and how He came to show us what God is like. I learned that I could pray to Him and ask Him to help me. I began praying for my older sister.

At first, I did not see a change in her, but then one day she announced she wanted to study at Holbrook. Then my younger sister came, too. I am thankful that I came to Holbrook I and learned that God loves my family and me.

Thank you for your Thirteenth Sabbath Offering that will help Holbrook Seventh-day Adventist Indian School this quarter.

The Gila monster is the largest — and only venomous — lizard native to the United States. It can grow up to two feet (60 cm) long, and is heavy and slow moving, so it is rarely a danger to humans. It is named after the Gila River Basin in Arizona and New Mexico, where it was once plentiful.