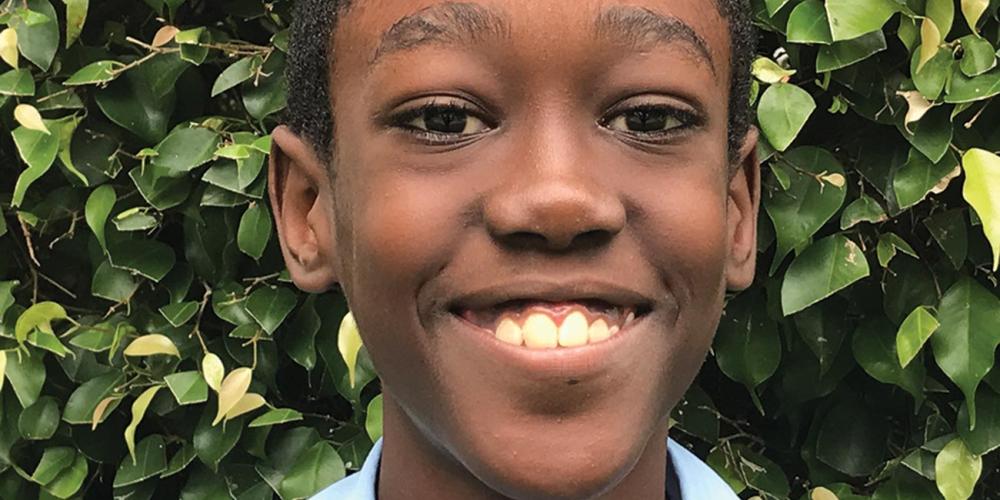 The Moruga Scorpion, originating in southern Trinidad, is officially the second-hottest pepper in the world, reaching 2 million units on the Scoville heat scale. In comparison, a bell pepper registers zero to 100, and a jalapeno reaches 10,000.

To Sabbath School teachers: This story is for Sabbath, May 8.

atthais was born with what some people call an “outie” in Trinidad and Tobago’s capital, Port of Spain.

His belly button stuck out. But the doctor said it was not an “outie.” Instead, part of Matthais’ intestine was protruding from his belly button.

“Don’t worry,” the doctor said. “It will probably close by itself by the time he is 3 years old.”

But the doctor also told Mother and Father to be careful to protect the belly button from damage. If the skin was injured, Matthais would become very ill.

Mother and Father waited and prayed that the belly button would close. If it didn’t close, Matthais would have to undergo an operation.

One year passed. Two years. Three years. Matthais’ belly button did not close. The doctor said he would have to undergo an operation.

Matthais was scared when Father took him to the hospital for the operation. He didn’t want to be operated on.

The doctor asked Father whether the boy had a cold.

“That’s good,” the doctor said. “We cannot operate if he has a cold.”

Matthais began to cough in the waiting room. The doctor looked alarmed when he heard the boy coughing. “We cannot operate if he has a cold,” he said.

“He doesn’t have a cold,” Father said. “He is just scared about the operation.”

The doctor shook his head. “We cannot take any chances,” he said. “We will have to reschedule the operation.”

Matthais smiled with relief when he heard the news. Father was disappointed that his son was faking a cold, but he understood that the boy was scared. He would be scared, too.

“Please give Matthais the strength to go through the operation,” Father prayed.

Matthais also prayed. “Dear God, I do not want the operation,” he prayed.

After a year, when he was 7 years old, the doctor said it was time for the operation. Again, Father and Mother prayed. Their church friends prayed. Mother took the boy to the hospital.

“What is your name?” the doctor asked.

“Do you get good grades in school?” he asked.

Mother took a picture of Matthais before the doctor put him to sleep. Then she went to the waiting room and prayed.

When Matthais woke up, he was lying on the same bed, but he was in a different room. Mother was standing by the bed with a smile. She said Matthais was now in the recovery room. “I’m glad that you did the operation this time,” she said.

The doctor said the operation was a success. When the bandage came off several weeks later, Matthais’ belly button no longer was an outie. It was a regular-looking belly button.

Matthais’ life changed. Before the operation he could not run and jump so as to avoid damaging his belly button. Today he is 10 years old and the fastest runner in his class. He remembers the operation while running and jumping during recess at school, and he pauses to thank God. “Dear God, thank you that the operation was a success,” he prays silently.

Matthais’ mother, Sylette, is a teacher at University of the Southern Caribbean in Trinidad and Tobago. Part of this quarter’s Thirteenth Sabbath Offering will help open a missionary training center on the university campus.

The Moruga Scorpion, originating in southern Trinidad, is officially the second-hottest pepper in the world, reaching 2 million units on the Scoville heat scale. In comparison, a bell pepper registers zero to 100, and a jalapeno reaches 10,000.