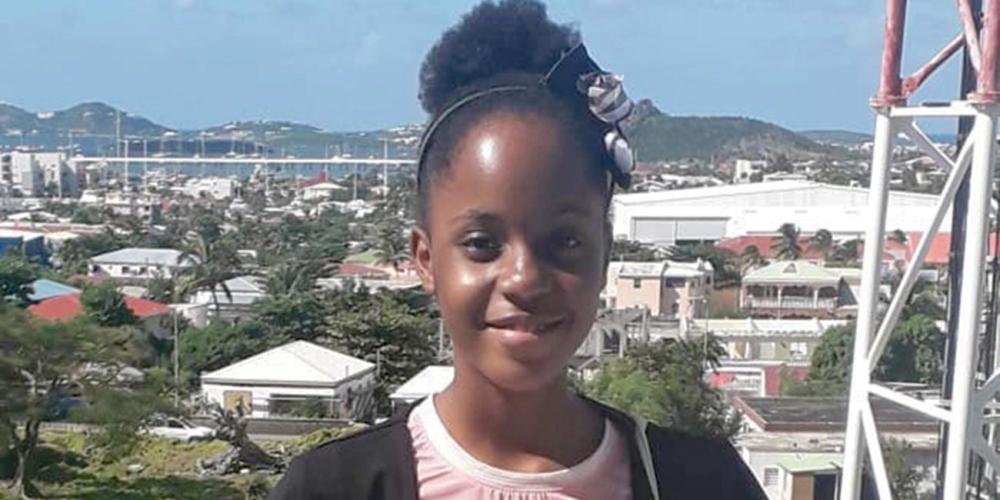 To Sabbath School teachers: This story is for Sabbath, April 17.

ittle Magdalina stood outside a pharmacy waiting for Father to pick her up after school every afternoon in St. Martin, a town in Trinidad and Tobago.

Sometimes she had to wait an hour or an hour and a half for Father to come after work and take her home. She saw so many people coming in and going out of the pharmacy. She wondered if those people loved Jesus.

She had a question for Father when she hopped into the car one afternoon.

“So many people come in and go out of the pharmacy,” she said. “Can I share some tracts with them?”

Father smiled broadly. He was happy to hear that his daughter wanted to share Jesus with other people.

Everyone accepted the tract. Nobody refused one. When Father arrived to pick her up, she happily announced that she had given away all the tracts.

Magdalina took more tracts the next day and the next. When Father ran low on tracts, he made photocopies on the printer at home.

After a while, the girl noticed that a dentist passed by the pharmacy every afternoon. He was walking to and from his office. Every afternoon, she gave him a tract, and every time he took one. Magdalina told Father about the dentist.

“Daddy, can I talk to him about Jesus?” she asked.

Father knew the dentist because he had fixed Mother’s teeth. “Sure, no problem,” Father said.

The next day, Magdalina was waiting for the dentist when he walked by. “Do you have Jesus in your life?” she asked.

The dentist was surprised to hear the question. He had not read the tracts that the girl had given him.

“I have heard about Jesus, but I don’t believe in Him,” the dentist said.

Magdalina was sad to hear that. She wanted him to know about Jesus. “Do you have time to hear a Bible story?” she said.

The man couldn’t refuse the offer and invited the girl to come to his office the next day. Father gave permission for Magdalina to go to the dentist’s office. He said he would pick her up at the dentist’s office instead of the pharmacy for the ride home after school. That night, Magdalina asked Father for some Bible verses about Jesus to share. She had one more request.

“The dentist doesn’t have a Bible,” she said. “Can I give him one?”

Father found a brand-new black Bible. The dentist was overjoyed when Magdalina presented the Bible to him the next afternoon.

For the next month, Magdalina went to the dentist’s office every day after school. She and the dentist read the Bible together and talked about the Bible stories that they had read. The dentist began to believe in Jesus. One day, he said he understood that God had set aside the seventh-day Sabbath as holy at Creation. Magdalina invited him to go to church with her the next Sabbath.

Magdalina excitedly broke the news to Father when he picked her up. “I invited the dentist to go to church with me, and he said, ‘Yes,’” she said, joyfully.

“Your daughter is wonderful,” the dentist told Father. “Before, I didn’t know anything about Jesus. But now I know Him.”

Magdalina is a real missionary for sharing tracts and for speaking to the dentist about Jesus. Her father, Maxo, also is a missionary for leading his own mother and 14 other family members to Jesus when he was a boy. Today, Maxo is studying to become a pastor at University of the Southern Caribbean in Trinidad and Tobago. Part of this quarter’s Thirteenth Sabbath Offering will help open a missionary training center on the university campus. Thank you for planning a generous Thirteenth Sabbath Offering to help students train to become missionaries.