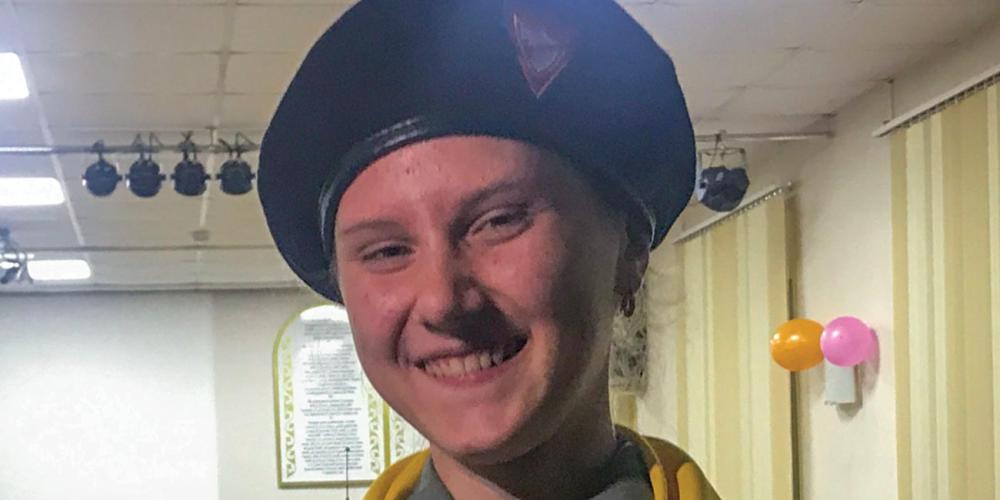 To Sabbath School teachers: This story is for Sabbath, March 6.

astya wanted to go on campouts and other outings in nature. She looked for an outdoors adventure club that she could join in her hometown of Vladivostok, Russia. But she couldn’t find a club.

Then her mother learned about Pathfinders. A group of Pathfinders organized a holiday party at the special-needs school where Mother worked, and she was impressed.

“I think this club is exactly what you have been looking for,” Mother told Nastya. “Call them.”

But Nastya was busy with school. Six months passed, and the Pathfinders returned to the school to hand out pizzas to the children. Mother told them about Nastya, and they invited Nastya to come to their club, the only one in the city.

Nastya enjoyed the Pathfinder meeting and happily accepted an invitation to go to a Pathfinder summer camp. Finally she would be able to go on a campout!

On the last day of the camp, a Sabbath, a woman was baptized in a river. Nastya was moved by the sight, and a desire swelled up in her to be baptized as well.

“When can I get baptized?” she murmured, speaking to no one in particular as she watched the baptism.

Her camp counselor was standing nearby and overheard.

“Which city are you from?” she asked.

The camp counselor told Nastya that she needed to speak to the Adventist pastor from Vladivostok, and pointed to him. He was the man who had just baptized the woman.

“When can I get baptized?” Nastya asked the pastor.

“Which city are you from?” he asked.

“You’re from Vladivostok?” he exclaimed with surprise.

There was only one Adventist church in Vladivostok, and he had never seen Nastya in church. He couldn’t understand how this 13-year-old girl who had never attended church wanted to be baptized.

Nastya explained how she had ended up at summer camp and now wanted to be baptized.

“You need to attend baptismal classes,” the pastor said. “It also would be nice if you attended church.”

After summer camp, Nastya had only one goal: to be baptized. She went to church every Sabbath. At 6 p.m. every Sabbath, she went to the Pathfinder club. Many Sabbaths she ate lunch at the pastor’s home. She became especially good friends with his elder daughter, Anna, who was two years older. One Sabbath, Anna surprised her with a new Bible, and Nastya studied on her own.

After six months, Nastya started baptismal classes, and she finished them in two months. She was ready to be baptized. Nastya was baptized at the same summer camp where she had first wanted to be baptized.

“I found answers to all my questions in the Bible, and I am thankful to God,” she said. ⎭