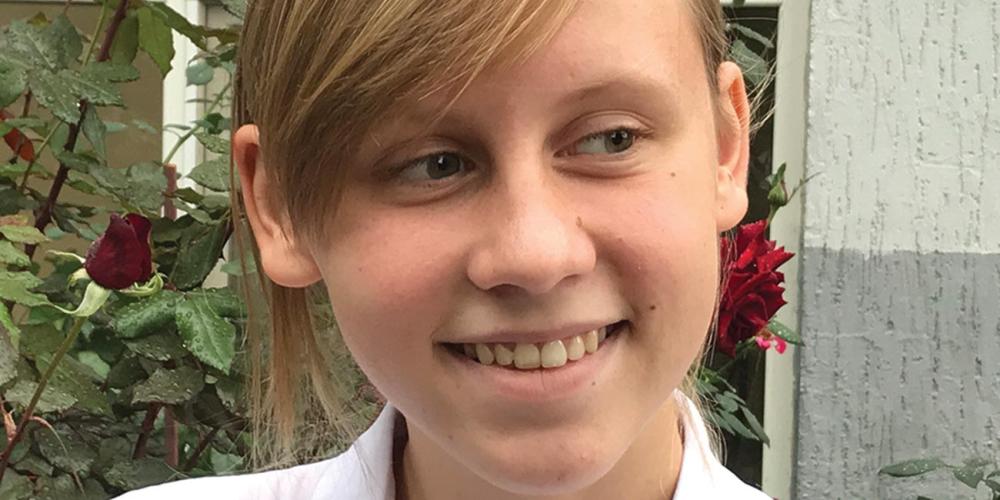 Falconry is a traditional pastime in Central Asia, particularly hunting with eagles. The Kyrgyz name for the golden eagle is bürküt and the handler is a bürkütchü.

To Sabbath School teachers: This story is for Sabbath, February 27.

astya became best friends with another girl named Nastya at the Seventh-day Adventist school in Tokmok, Kyrgyzstan. Let’s call the girls “Nastya One” and “Nastya Two.”

She didn’t believe in God. She was certain that God didn’t exist. After all, a loving God wouldn’t have allowed her mother to die, leaving her to live with her grandparents.

Turning to Nastya One, who was waiting for answer to her invitation to attend church, Nastya Two asked for time to think. “Let’s discuss it later,” she said.

Nastya Two thought about the church for several days. She wanted to make Nastya One happy. She also wanted to see what people did at church. She asked Grandmother for permission to go. Grandmother was furious.

“That church isn’t ours!” Grandmother shouted. “Why do you want to be like them? This conversation is over.”

Two days later, Nastya One asked Nastya Two whether she had made up her mind about going to church.

“I asked Grandmother, and she said that I can’t go,” Nastya Two said.

“Ask her if you can come to a youth meeting on Friday night,” Nastya One said. “I’d be very happy if you came.”

Nastya Two waited a week for Grandmother to calm down. Then she asked whether she could go to the youth meeting. Grandmother listened carefully to the request. When she learned that Nastya One would be at the meeting, she agreed. She liked Nastya One.

The next day, Nastya One and Nastya Two went to the meeting at an Adventist pastor’s home. The pastor and his wife led nine teens in singing, and they read about Solomon in the Bible. Nastya Two enjoyed the meeting, and the people were kind and friendly. She decided to go again. She attended the meetings nearly every Friday for two months. She wanted to go to church, too.

One Friday morning, the day before her birthday, she decided to ask Grandmother for permission to go to church. But she was afraid that Grandmother would be angry. She prayed, “God please help me to know about You. I want to know more about You.” Then she went to Grandmother. “Tomorrow is my birthday,” she said. “As a present, could I go at least one time to church?”

Grandmother was not pleased, but she agreed to allow her to go. “It’s your life,” she said. “Do whatever you want.”

Nastya Two loved the church. She especially liked Sabbath School. It was the best birthday present ever.

“It was one of the happiest days of my life,” she said. “I was able to learn more about God.”

Today Nastya doesn’t go to church every week because Grandmother sometimes doesn’t allow her. But she goes as often as she can.

Part of the Thirteenth Sabbath Offering three years ago helped construct a gymnasium at Nastya’s school in Tokmok, Kyrgyzstan. Thank you for supporting Adventist education in Kyrgyzstan and elsewhere in the Euro-Asia Division.

Falconry is a traditional pastime in Central Asia, particularly hunting with eagles. The Kyrgyz name for the golden eagle is bürküt and the handler is a bürkütchü.