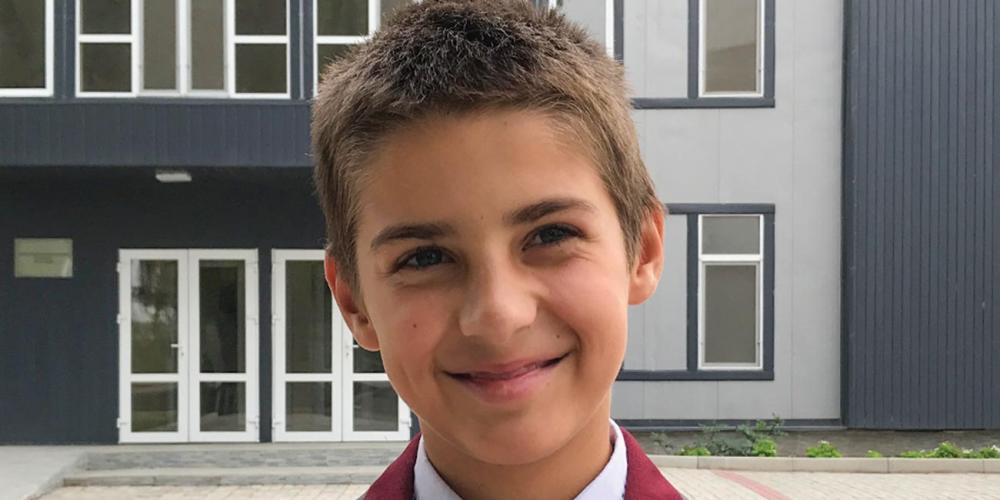 To Sabbath School teachers: This story is for Sabbath, February 20.

hree years ago, we read a mission story about a boy named Vitaly in Tokmok, Kyrgyzstan.

Vitaly started going to church after being invited by his teacher at the Seventh-day Adventist school. He lives with his grandmother and grandfather, who gave him permission to go to church. He looked forward to Sabbath every week.

But then something happened. Vitaly’s mother called Grandmother and said she didn’t want her son going to church anymore. You see, Vitaly is quiet, gentle, and kind. Mother didn’t like that. She wanted him to be loud, tough, and mean. She thought all boys should be loud, tough, and mean, and she worried that the church was keeping Vitaly from being a real boy. Mother told Grandmother that she wanted Vitaly to come live with her.

When Vitaly came home from school, Grandmother was waiting to have an important talk with him.

“You need to try to live with your mother for one month,” she said. “If you like living with her, you should stay with her.”

Vitaly didn’t want to leave Grandmother. He had lived with her since he was a small boy.

When Mother saw that Vitaly didn’t want to move, and she tried to convince him. “Come live with me for only one day,” she said. “That’s not too long.”

Vitaly was quiet, gentle, and kind. He didn’t want to hurt Mother’s feelings, so he agreed. The next morning, Mother changed her mind and said Vitaly should stay a month. Vitaly agreed. He wanted to see what it was like living with her.

Mother didn’t want Vitaly to go to the Adventist school anymore. She wanted her son to be loud, tough, and mean, so she sent him to public school.

Vitaly didn’t like the new school at all. His class was big, with 40 children, many more than the 15 children in his class at the Adventist school. Also, the boys were always fighting in class. They were loud, tough, and mean. He begged Mother to send him back to the Adventist school.

“But think of all the money that you would be spending on the Adventist school,” Mother said. “It would be better to use the money to swim at a water park.”

After a week, Mother agreed to send Vitaly back to the Adventist school. “But I will not pay for it,” she said. “Grandmother has to pay.”

But things weren’t the same. Vitaly still could not go to church. He missed living with Grandmother, whom he visited every day. After three weeks, he told Mother that he wanted to move back to Grandmother’s house. He promised to visit her often. But Mother had another idea. “Why don’t you live with me and go visit Grandmother?” Mother asked.

Vitaly pleaded with Mother for five months. Finally, she agreed that he could live with Grandmother — but only if he agreed not to go church.

Vitaly has been back with Grandmother for five months, but he still cannot go to church on Sabbath. He misses worshiping God at church. Friends and teachers at school are praying that Mother will allow him to return to church. Will you join them and pray that Vitaly can worship God again on Sabbaths? ⎭

Part of the Thirteenth Sabbath Offering three years ago helped construct a gymnasium at Vitaly’s school in Tokmok, Kyrgyzstan. Thank you for supporting Adventist education in Kyrgyzstan and elsewhere in the Euro-Asia Division.