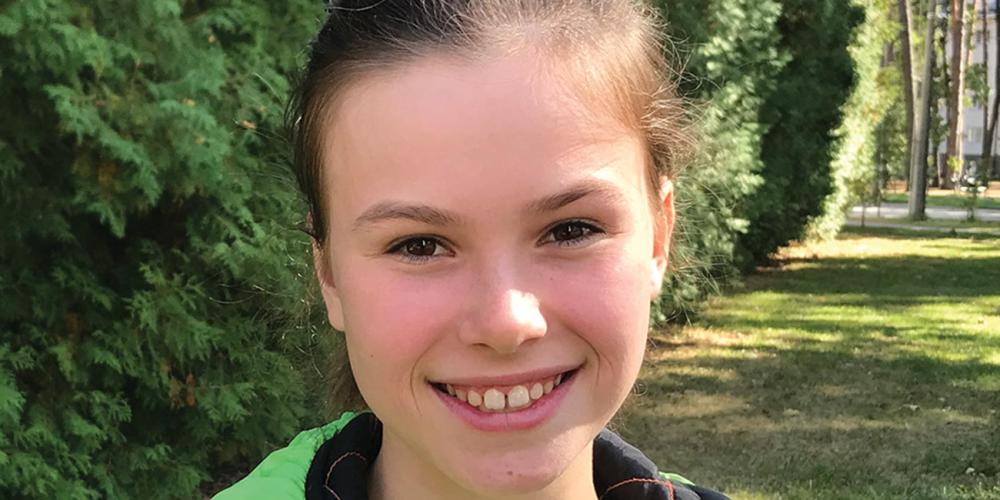 The Adventist message was preached in the area for the first time on the Black Sea coast in southern Ukraine and the Caucasus by German missionaries, Perka and Kandad. After a baptism in 1886, the first Seventh-day Adventist church with 17 members was established in the village of Berdibulat.

To Sabbath School teachers: This story is for Sabbath, January 30.

ofia didn’t know anyone when she started sixth grade at the Seventh-day Adventist school in Bucha, Ukraine. The school was growing and had never had a sixth-grade class before, so none of the eight children knew one another.

The sixth-grade class only had two girls, Sofia and Tanya, and they quickly became friends. Sofia came from an Adventist family, and she went to church every Sabbath. Tanya’s family was not Christian, and Tanya didn’t go to church.

“Why do you go to church on Saturday instead of Sunday?” she asked.

“Because the Bible says Saturday is a holy day,” Sofia said.

Another time Tanya asked, “Why do you wear longer skirts?”

“Because I go to church, and the Bible teaches us to be modest,” Sofia said.

One day, the sixth graders were discussing bad language while eating in the school cafeteria.

A boy looked up from his plate of mashed potatoes and turned to Sofia.

“I’ve never heard you use bad language,” he said. “Have you ever said a bad word?”

The boy looked at Tanya.

“I’ve never heard you use bad language either,” he said. “Have you ever said a bad word?”

“I used to use bad language all the time,” Tanya said.

Then she looked at Sofia. “I stopped because of Sofia,” she said.

At the beginning of the school year, she heard several sixth-grade boys swearing. The boys, who did not come from Adventist homes, had sworn softly so the teacher couldn’t hear. But Sofia had overheard them and asked, kindly, “Boys, please don’t talk that way.”

At that moment Tanya realized that Sofia did not like to hear bad language.

Sofia was astonished as she listened to Tanya’s story. She remembered that she was a witness for God whether she knew it or not. She had unexpectedly witnessed to Tanya about how to be a Christian.

Later that day at home, Sofia told her mother about what had happened.

“Mother, today I learned that Tanya stopped using bad language in order not to upset me,” Sofia said.

Mother was so happy.

“That is wonderful!” she said. “Your life is a witness for God.”

Kneeling beside her bed before going to sleep that evening, Sofia thanked God for helping her to be a witness without even knowing it.

“Help me to continue to be a witness to Tanya so she can know more about you,” she prayed.

Sofia prays that she can be a witness for God every day.

“For me that was a wonderful experience with Tanya,” she said. “I was amazed that I was allowed to play such a big role in her life. I am a witness to my classmates whether I know it or not.” ⎭

Part of this quarter’s Thirteenth Sabbath Offering will help Sofia’s school construct its own building in Bucha, Ukraine. Currently the school borrows classrooms from an Adventist college, and your offering will help the children meet in their own classrooms. Thank you for planning a big offering.

The Adventist message was preached in the area for the first time on the Black Sea coast in southern Ukraine and the Caucasus by German missionaries, Perka and Kandad. After a baptism in 1886, the first Seventh-day Adventist church with 17 members was established in the village of Berdibulat.