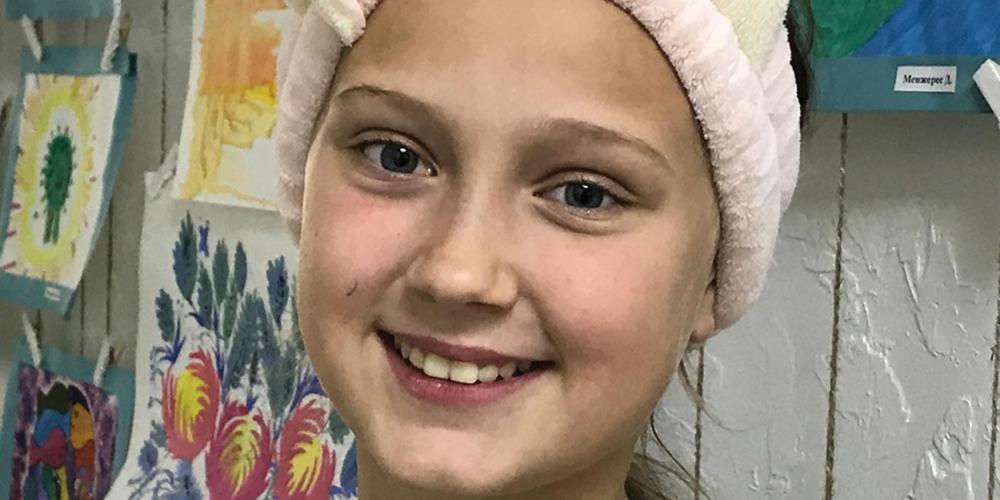 Ukraine has a number of nature and game reserves, reflecting its commitment to the conservation of its natural heritage, particularly the steppes. The first of these, Askaniya-Nova, began as a private wildlife refuge in 1875; today it has a successful program of breeding endangered species, including the onager and Przewalski’s horse.

To Sabbath School teachers: This story is for Sabbath, January 16.

ofia liked to smile and laugh and talk with her friends at the public school in Vorzil, Ukraine. But then she had a big fight with her best friend, Vernika.

“Nobody needs you,” Vernika said angrily. “You will never have any friends.”

Vernika shoved Sofia, and Sofia fell against a school wall, hitting her head hard. When she got up, her head hurt terribly. But she didn’t cry. Instead she went to the teacher and asked for permission to go home early. Teacher allowed her to go.

The headache eventually went away, but Sofia’s heart ached for a long time because of Vernika’s unkind words. Sofia stopped smiling and laughing. She became very quiet. She wondered whether Vernika had told the truth when she said that she would never have any friends.

Mother saw Sofia’s sad face. That summer Mother heard that a Seventh-day Adventist school had opened in the nearby town of Bucha. “Sofia, you have a choice,” she said. “You can go to the Adventist school, or you can go back to the public school.”

Sofia didn’t need to be asked twice. There was no way that she wanted to return to the public school.

Sofia was very shy when she started fifth grade at the Adventist school. She didn’t talk to anyone. She was scared that the children might be unkind like Vernika.

On the first day of school, a girl
greeted Sofia.

“What’s your name?” said the girl.

She didn’t say anything to anybody for the rest of the day. When it was time to go home, the boy seated next to her desk spoke to her. “Bye,” the boy said.

And that was all.

Sofia spoke to hardly anyone for the first two weeks of school. No one spoke to her either. She felt lonely and sad. She didn’t have any friends.

She cried quietly on her bed at home.

“Nobody needs me,” she thought. “Nobody even wants to talk to me.”

“What is your name?” Teacher said.

Sofia knew that Teacher already knew her name. She wasn’t sure why Teacher was asking her, but she was happy that someone was talking to her.

“How old are you?” Teacher said.

“Why don’t you talk to anyone?” Teacher said.

Sofia told her the story about the mean girl in her old school.

Teacher listened carefully. When Sofia finished, Teacher asked, “Would you like me to tell you about Someone who forgave people who hurt Him?”

Sofia wanted to hear the story.

Teacher told her about Jesus.

Sofia had never heard about Jesus, and she wondered how He could have forgiven the people who hurt Him. She wanted to know more, and she began to read the Bible at home. At school, she began to talk to her classmates. She became a new person — happy and friendly. She even preached a sermon at church. Her friends say she is a new girl.

This quarter’s Thirteenth Sabbath Offering will help Sofia’s school construct its own building in Bucha, Ukraine. Currently the school borrows classrooms from an Adventist college. Thank you for planning a generous offering.

Ukraine has a number of nature and game reserves, reflecting its commitment to the conservation of its natural heritage, particularly the steppes. The first of these, Askaniya-Nova, began as a private wildlife refuge in 1875; today it has a successful program of breeding endangered species, including the onager and Przewalski’s horse.