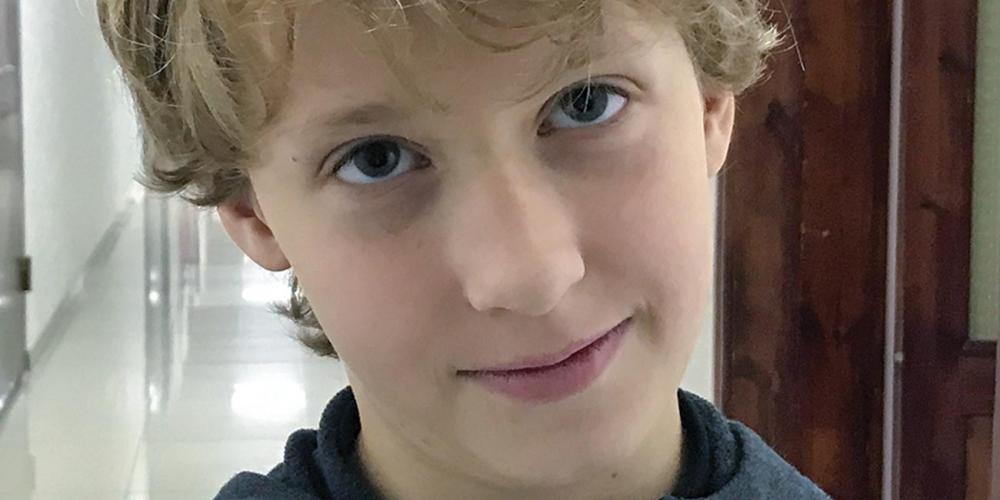 How Old is God?

The Orthodox Church, and later the Communist Party, were hostile to Adventism in Ukraine. Many church members and pastors were persecuted for their beliefs and spent many years in prison: some died in camps during Stalin’s time. Because of this, the church was developed as an underground institution, and the establishment of the Adventist Church organization only began in 1978.

To Sabbath School teachers: This story is for Sabbath, January 9.

ather and Mother owned three nice Bibles. But they never read them.

Nikita wasn’t particularly interested in God. He had heard about God, but he didn’t think about Him. Until one day.

One day little Nikita began to wonder about life. He went to Mother.

“God made us so He would be happy,” Mother said.

“I’m small,” Nikita thought. “That small Bible is just the right size for me.”

He opened the Bible and found a candy wrapper trapped between the pages. He took out the candy wrapper and looked underneath. “In the beginning God created the heavens and the earth,” he read in Genesis 1:1.

“Finally!” he thought. “Now I can find out why God created people.”

The Creation story was fascinating, and he immediately read several chapters. When he finished, he realized that Mother had been wrong. God did not create people so He could be happy. He created people because He loves people and He wants them to enjoy the earth that He made.

Nikita went to Mother. “Guess what I read in the Bible?” he said. “God created people because He loves people, and He created the earth for them to enjoy.”

“Amazing!” Mother said. “You are only 7 years old and reading the Bible.”

The next morning, Nikita woke up and remembered the small Bible. He resumed reading in Genesis. After that day, he read every morning. But he still had questions, and he wasn’t finding answers right away. He asked Mother.

Mother didn’t know. Nikita noticed that people went to a church near his home, and he decided to ask there. The people at the church also didn’t know God’s age, but Nikita liked worshiping there every week.

Mother was surprised to see Nikita reading the Bible every morning, and she liked listening to him talk about what he had read. She also saw that he was going to church, and she began to go with him.

One summer, when Nikita was 10, Mother had an idea.

“Since you love reading the Bible, why don’t you go to a school where they teach about God?” she said.

She sent him to the Seventh-day Adventist school in Bucha, Ukraine. At school, he learned God’s age. A teacher read Revelation 4:8, which says, “Holy, holy, holy, Lord God Almighty, who was and is and is to come!” That means God has lived forever. He never was born, and He never will die.

Today, Nikita is 12, and he reads three chapters in the small Bible every day. Sometimes he reads in the morning or in the afternoon after school. Other times he reads at night. Reading the Bible is his favorite time of the day.

“Now I understand that God is real and near,” Nikita said. “He helps me.” ⎭

Part of this quarter’s Thirteenth Sabbath Offering will help Nikita’s school construct its own building in Bucha, Ukraine. Currently the school borrows classrooms from an Adventist college, and your offering will help the children meet in their own classrooms.

The Orthodox Church, and later the Communist Party, were hostile to Adventism in Ukraine. Many church members and pastors were persecuted for their beliefs and spent many years in prison: some died in camps during Stalin’s time. Because of this, the church was developed as an underground institution, and the establishment of the Adventist Church organization only began in 1978.