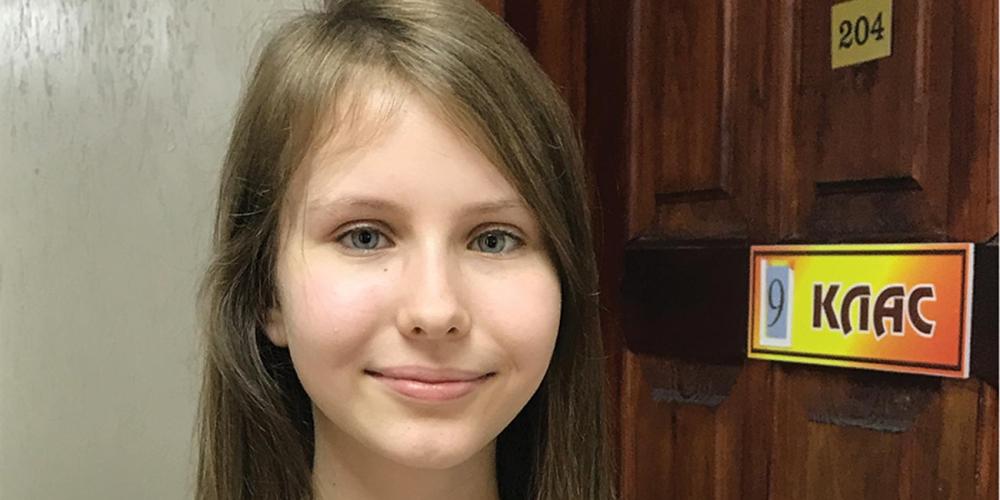 Ukraine has a long Christian history. In 988, Prince Vladimir of Kiev, known as Vladimir the Great, negotiated a marriage to Anna, sister of the Byzantine emperor, Basil II, and converted to Eastern Orthodox Christianity. Subsequently he destroyed many pagan shrines and established a number of Christian churches.

To Sabbath School teachers: This story is for Sabbath, January 2.

aniela felt so lonely when she began first grade at the public school in Bucha, Ukraine. Of the 40 children in her class, she only knew one child, a girl with whom she sometimes played dolls. The other children were already good friends after going to preschool together.

It was hard to make friends at school. Daniela came from a Seventh-day Adventist family, and she was the only Adventist in her class. The children had been raised by their parents differently. They had a different understanding of what it meant to be friends. They celebrated different holidays.

One Monday, Daniela arrived at school to hear the children excitedly talking about the gifts that they had received over the weekend. Their families had celebrated Saint Nicholas Day on December 19, and the children had received gifts as part of the holiday.

“What did Saint Nicholas give you?” a boy asked a girl.

The boy turned to Daniela. “What did Saint Nicholas give you?”

Daniela didn’t know what to say. She felt embarrassed. “Nothing,” she said. “I don’t believe in Saint Nicholas.”

“How can that be?” the boy exclaimed.

“I’m an Adventist,” Daniela said. “We don’t celebrate that holiday. We believe only in God, not in Saint Nicholas.”

The boy had never heard about such a thing. “You are strange,” he said.

Every so often, Teacher took the class on field trips to a small cathedral near the school. The first time, Daniela went along and was astonished to see the other children light candles and say prayers to Saint Nicholas and other saints. She had never worshiped that way before, and she watched awkwardly. At home, she told her parents about what had happened. Mother asked the school to excuse Daniela from future field trips.

Things improved when another Adventist girl enrolled in the school. Olga was in the same grade as Daniela.

One day, Olga came to Daniela with a big smile. “Guess what!” she said. “An Adventist school is opening in our town, and we can go there!”

“That’s so cool!” she exclaimed.

A week and a half later, on February 11, Daniela transferred to the new Adventist school. It turned out that a group of parents had felt sorry for her and other Adventist children and decided to open a school just for them in a big apartment. Forty Adventist children met in the apartment for the first school year.

Daniela liked her new school. The teachers didn’t yell at her. Everyone was kind. It was easy to make friends.

Today, the school meets on the campus of an Adventist college and has 180 children, many of whom come from non-Adventist homes. Daniela is 14 years old and the only Adventist in her ninth-grade class. But she does not feel lonely. Her teacher is Adventist, and she has Adventist friends in the other classes.

“I really like the school,” she said. “I like the Adventist teachers. It is easy when you aren’t alone in your faith.” ⎭

Part of this quarter’s Thirteenth Sabbath Offering will help Daniela’s school construct its own building. Currently the school borrows classrooms from an Adventist college, and your offering will help the children meet in their own classrooms.

Ukraine has a long Christian history. In 988, Prince Vladimir of Kiev, known as Vladimir the Great, negotiated a marriage to Anna, sister of the Byzantine emperor, Basil II, and converted to Eastern Orthodox Christianity. Subsequently he destroyed many pagan shrines and established a number of Christian churches.