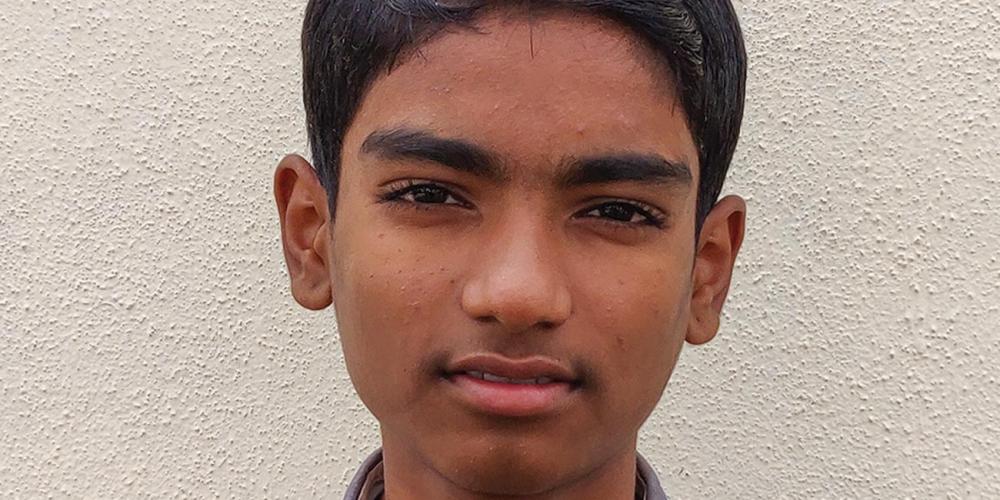 Bengaluru is the Silicon Valley of India. A number of multinational companies have established their business hubs here, resulting in an influx of IT engineers and expatriates into the city.

To Sabbath School teachers: This story is for Sabbath, November 7.

By Meena Prabhakar, a teacher at Karthik’s school

esus is the true God,” Teacher said at the front of the room.

Eleven-year-old Karthik turned to friends seated nearby for morning worship at the Seventh-day Adventist boarding school in Azam Nagar, India.

The other boys nodded silently, agreeing with him but not daring to speak out loud for fear of punishment. Anyone who interrupted worship would get no breakfast, and they wanted to eat delicious upma porridge.

Teacher noticed that Karthik was whispering, and she stopped speaking.

“What did you say, Karthik?” she asked.

The boy refused to answer.

Teacher looked at the boys seated near him.

“What did Karthik say?” she asked.

After awkward silence, one boy spoke.

“Karthik doesn’t agree that Jesus is the true God,” he said.

Teacher didn’t say anything more and returned to the worship talk. But after worship finished, Karthik was not allowed to eat breakfast for interrupting worship.

Even though he didn’t like being punished, he continued to interrupt morning and evening worship.

To understand why the boy interrupted worship, you have to understand something about his home life. Karthik grew up in a Indian village without a school that taught English. So when he was 11, his mother sent him to the Adventist boarding school, located about 25 miles (40 kilometers) away, to learn English.

But one Sabbath he heard a sermon that touched his heart. The preacher called Jesus the true God who saves people from their mistakes. Karthik wanted to know more, and Teacher gave him a small New Testament. He started to read a few verses every day and to pray.

But then bad things began to happen. Karthik slipped broke his chin while playing outside. Then he had to go to the hospital for a hernia operation. He wondered whether his family’s stone gods were punishing him for praying to Jesus.

At the end of the school year, he fell while jumping on a school wall, badly injuring both of his legs. He had to go to the hospital again.

He announced that he didn’t want to go to the Adventist school ever again.

“I’m not coming back here,” he adamantly told Mother. “Bad things happen there.”

But Mother wanted him to go back. She also wanted to send his younger sister to the school.

Teacher spoke with the boy.

“I really would like you to come back,” she said. “Come, and things will be better.”

Karthik returned at the start of the school year with his little sister. He promised to give Jesus another try.

“I will read the Bible more and get closer to God,” he told Teacher. “I want to stand for Jesus no matter what and for my family to know Him.”

Bengaluru is the Silicon Valley of India. A number of multinational companies have established their business hubs here, resulting in an influx of IT engineers and expatriates into the city.