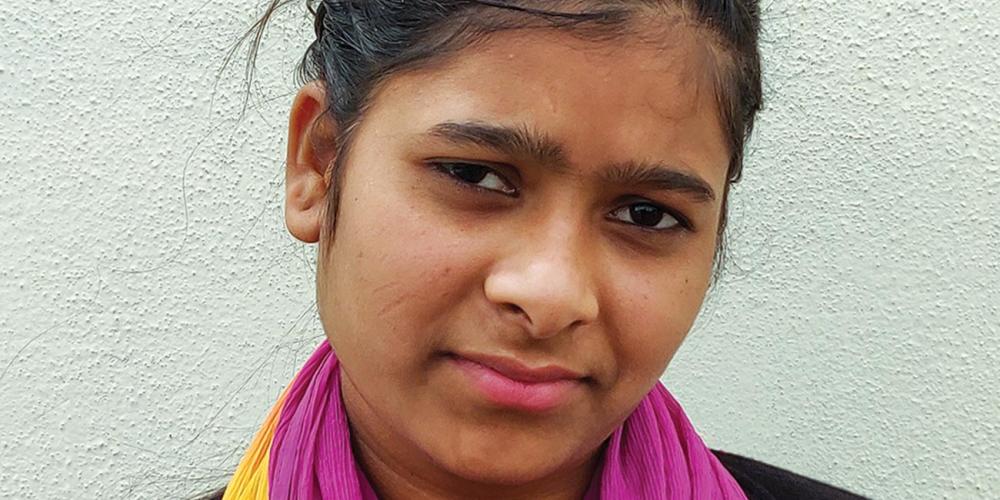 Indian cuisine is popular around the world but varies greatly depending on region. This variation is often not reflected in the Indian restaurants outside India, where diners expect certain well-known dishes such as dal, samosas, naan, and tandoori chicken.

To Sabbath School teachers: This story is for Sabbath, October 31.

By Meena Prabhakar, a teacher at Bhimakshi’s school

hen Bhimakshi was 10, she bravely refused to pray to her parents’ gods.

The story began when Bhimakshi came home for summer vacation from the Seventh-day Adventist boarding school. She was happy to see Mother and Father after many months apart.

In the morning, Bhimakshi woke up and took a bath. Then Mother called her to the family shrine to worship their gods. The shine consisted of six photos of stone gods. The photos were hung low on a wall in the house. Under the photos was a wooden shelf with a lamp, incense sticks, and red powder to dab on the forehead.

Bhimakshi reluctantly approached the photos. Mother and Father were already seated cross-legged on the floor. With them was Bhimakshi’s 9-year-old sister. Father rang a small bell, indicating that prayer time had started. He and Mother began chanting the name of one of the gods. They didn’t close their eyes.

Mother saw that Bhimakshi was standing, and she stopped chanting. “Sit down with us,” she told the girl.

Bhimakshi refused. “I don’t want to do these kinds of things,” she said.

Mother looked angry. She knew that Bhimakshi had been learning about Jesus at the Adventist boarding school for five years. She knew that the school also had a morning worship where the children worshipped Jesus instead of traditional gods. Mother didn’t mind Bhimakshi worshipping Jesus at school. “When you are at school, you can be like the Christians,” she said. “But when you come home, you have to do what we do.”

Bhimakshi still refused. Now Mother was furious, and she turned to Bhimakshi’s little sister. “Pray for yourself and for your sister,” she snapped.

Bhimakshi slipped out to another room as her family prayed. After the prayers ended, Mother found Bhimakshi and spanked her for being disobedient.

The next day, Mother called Bhimakshi to pray with the family. Again, Bhimakshi refused. Again, she was punished.

The same thing happened day after day that summer. Bhimakshi would not change her mind. She refused to pray to idols.

At the next morning worship, the girls’ dean said God honored people who refused to pray to idols in the Bible.

“Idols made of wood and stone have no life,” she said. “We have just one God who is our Creator, and not many gods. Satan is trying to deceive us with idols.”

Bhimakshi understood that God was proud of her, and she resolved never to worship idols again. And she hasn’t. Today, she is 15 and still refuses to pray to idols at home. Mother is no longer angry and has even started praying sometimes to Jesus. Bhimakshi hopes Mother will pray only to Jesus one day.

“Jesus is the true God,” she said.

Indian cuisine is popular around the world but varies greatly depending on region. This variation is often not reflected in the Indian restaurants outside India, where diners expect certain well-known dishes such as dal, samosas, naan, and tandoori chicken.