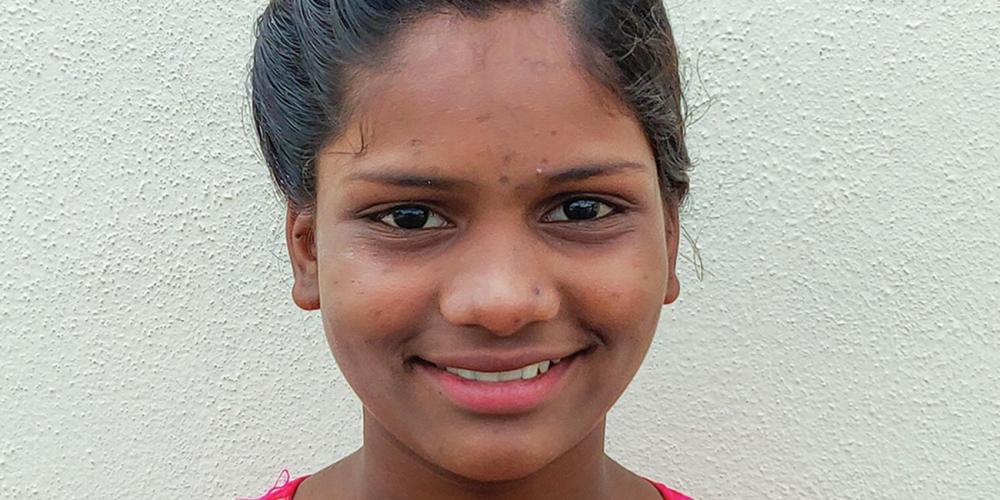 Although cows are considered to be sacred and it is illegal to kill them, Indians still use cows for milk. Most of India’s milk, however, comes from buffalos.

To Sabbath School teachers: This story is for Sabbath, October 24.

By Meena Prabhakar, a teacher at Anusha’s school

Fourteen-year-old Anusha Nagappa weeps when she speaks about Father.

The reason is because Father is furious that she became a Christian. He is determined to make her change her mind.

“Idol worship is not right,” the neighbor said. “You should give your heart to Jesus.”

After hearing the neighbor urge her to accept Jesus many times, Mother started to go to an Adventist church in her village. She took her daughter with her, and the girl enjoyed the singing.

“Our gods have helped us for so many years,” he said. “Our gods have taken care of us and protected us. Why do you want to go to church to worship another God?”

Making matters worse, other neighbors made fun of Anusha and Mother.

“You worshipped our gods for so long,” said one. “What went wrong so you have to worship the Christian God?”

Even the local priest, who was not a Christian, mocked them.

Just when it seemed that things couldn’t get worse, Father had a bad accident. He was riding a bicycle on a busy road, and a truck hit him. He was hospitalized in critical condition.

“Only God can save him,” the doctor told Mother.

Mother and Anusha prayed to Jesus to save Father’s life. The Adventist friend also prayed.

To the doctor’s surprise, Father recovered and was able to go home in three weeks. Father reluctantly acknowledged that the God of heaven had saved his life. But soon his anger returned, and he ordered Mother and Anusha to stop going to church. Mother and Anusha had to sneak out of the house on Sabbath morning.

This year, Anusha was able to move to an Adventist boarding school to study. She is thrilled that she can worship Jesus without being scolded or spanked. She received her own Bible at the school. When she goes home on vacation, she reads the Bible to her friends. She has taught several friends to pray. More than anything, she would like to read the Bible and pray with Father. She asks that children around the world would pray for her father to know the true God.

Although cows are considered to be sacred and it is illegal to kill them, Indians still use cows for milk. Most of India’s milk, however, comes from buffalos.