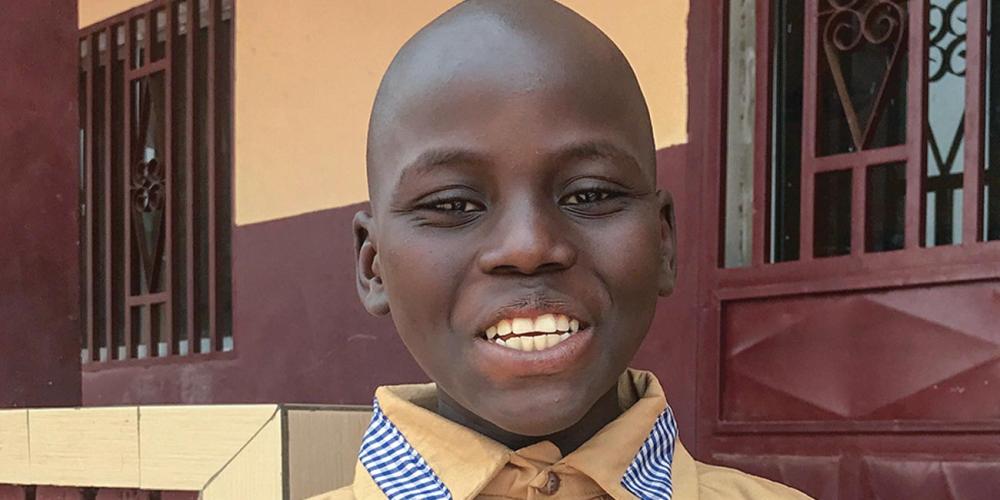 The work in Guinea began in 1987, when a lay couple from Europe quietly witnessed to their faith. In April 1992, the first war refugees from Liberia arrived in Guinea, including a number of Seventh-day Adventists and a licensed pastor, W. Oloysius, who soon began witnessing for their faith.

To Sabbath School teachers: This story is for Sabbath, September 19.

Little Moriba Monemou was always an obedient boy. But his life changed when he was 6. His mother died.

Moriba became rude. He refused to work on the family farm. If Father asked him to deliver a message, he stayed out all day, playing with friends, and only returning home at night. He stole money to buy food to eat. He stole corn and peanuts from neighbors’ farms and sold them to buy food.

Moriba lied to cover up his wrongdoings. When people asked if he had stolen something, he replied, “No, it wasn’t me.” But no one believed him, and people beat him nearly every day.

Aunt Rosalie saw the beatings, and she worried that the boy might be injured seriously. She took him from the family farm and moved with him across the country to the capital, Conakry.

Aunt Rosalie was an Adventist, and she wanted Moriba to learn about Jesus. She enrolled him in a Seventh-day Adventist school.

School was very difficult for the boy. He had never studied, and it required a lot of effort to read and write. It was even harder to sit still at his desk. He was used to spending his days playing outdoors, and now he had to sit in a classroom.

Moriba couldn’t sit for long. After a short time at his desk, he stood on his chair and jumped from chair to chair in the classroom. The other children liked it, but the teacher didn’t. Then — CRACK! A chair broke, and Moriba was sent to the principal. The principal called Aunt Rosalie to the school.

“I’m so sorry,” Aunt Rosalie said. “We will do our best so he doesn’t destroy school property.”

But Moriba just couldn’t sit still. He was used to being free outdoors. He didn’t mean to be naughty, but he kept breaking chairs. Every time, Aunt Rosalie was called to the school, and every time she apologized.

“We will do our best so he doesn’t destroy school property again,” she said.

Neighbors wondered whether Moriba would ever be able to learn. They told Aunt Rosalie to give up trying to teach him to read and write and instead to teach him to become a farmer.

“This boy will never learn,” said one.

“Moriba is a smart boy, and God will help him learn,” she said.

God heard her prayers. After the first semester, Moriba began to read well. He wrote well. He began to understand the lessons as he kept studying. The teachers were filled with joy, and they happily gave him extra tutoring every day after classes.

Today, Moriba is 12 years old and in the third grade. He can read his Bible, which he received as a gift from the school, and he is preparing to be baptized. He wants to serve God with his new life.

“I’m very happy for my new life,” he said. “People like me now. I am not the same boy that I was before. I have changed. Jesus, the Sabbath, and the school have changed me.”

Part of this quarter’s Thirteenth Sabbath Offering will open Kobaya Academy, a much-needed K–12 school, in Conakry, Guinea. Thank you for remembering Moriba and the school in your prayers.

The work in Guinea began in 1987, when a lay couple from Europe quietly witnessed to their faith. In April 1992, the first war refugees from Liberia arrived in Guinea, including a number of Seventh-day Adventists and a licensed pastor, W. Oloysius, who soon began witnessing for their faith.