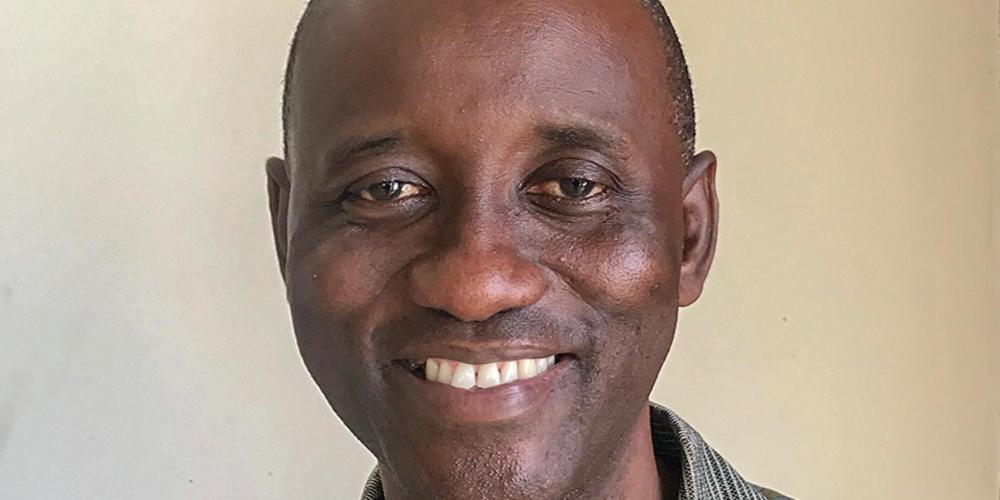 Rice for the River God

Liberia is known for its detailed decorative masks, wood carvings of realistic human faces, and carved accessories, particularly combs, spoons, and forks. Liberian wood sculptures are heavily influenced by ancient history, folklore, proverbs, spirituality, and rural life and show the artist’s attention to detail and their connection to the people and objects sculpted.

To Sabbath School teachers: This story is for Sabbath, September 5.

Father placed white rice sprinkled with red palm oil on a white plate. A boiled chicken went on top of the rice. Then Father walked with the rice and chicken to the mighty river located 45 minutes from his home village, Siahn, in Liberia.

He didn’t go alone. Together with him walked 10 villagers, each carrying white plates with rice and boiled chickens. As they followed the path, the men and women sang traditional songs.

At the river, the men and women sat down and placed their plates before them on the ground.

Father, who was the village chief, stood up to address the group.

“Do you believe that you will have a blessing?” he said.

“Then eat,” Father said. “But remember to leave a little food on your plates.”

Father and the villagers ate the rice and the chicken. When only a little remained, the villagers stood in a line to the river’s edge. At the front of the line, Father addressed the river.

“We have come for our blessing,” he said.

He picked up the rice and chicken that remained on his plate and threw it into the river.

Stepping aside, Father motioned for the next person to go forward. That villager also addressed the river and threw in rice and chicken. After each person had taken a turn, the villagers held hands in a circle, and Father stood in the center.

“Do you have any other god who can bless you besides our river god?” he said.

“No!” the villagers shouted.

The group returned to the village.

One day, Father was working at the seaport in Liberia’s capital, Monrovia, when he received a phone call from a village friend who knew about his devout worship for the river god.

“I have good news,” said the friend, Willie Helbig. “There’s a new God. Come back to the village.”

Father returned to the village. He learned that Willie had been baptized into the Seventh-day Adventist Church after learning about God from Rudolph Helbig, a German missionary pioneer. He had even adopted the missionary’s last name. Now Willie wanted to give Bible studies to Father.

Over the next few months, Father learned about the God who lives in heaven and does not require rice to answer prayers. He was baptized.

Father, whose full name is Joe S. Jacobs, went on to become an Adventist pastor and to have 12 children. One of them, Amos P.M. Jacobs, the third-eldest, also became a pastor, and he loves to tell the story about how his father found the real God.

“Father forsook the river god in favor of the living God,” said Amos, who is 49 years old. “That was a great change for a better life.”

Part of this quarter’s Thirteenth Sabbath Offering will help to construct a K–6 school in Buchanan, Liberia, to replace a school that was destroyed in Liberia’s civil war in the 1990s. Buchanan, located near to Father’s home village, is the birthplace of the Seventh-day Adventist Church in Liberia and the place where the first Adventist missionary, Rudolph Helbig of Germany, planted the first church after his arrival in 1926.

Liberia is known for its detailed decorative masks, wood carvings of realistic human faces, and carved accessories, particularly combs, spoons, and forks. Liberian wood sculptures are heavily influenced by ancient history, folklore, proverbs, spirituality, and rural life and show the artist’s attention to detail and their connection to the people and objects sculpted.