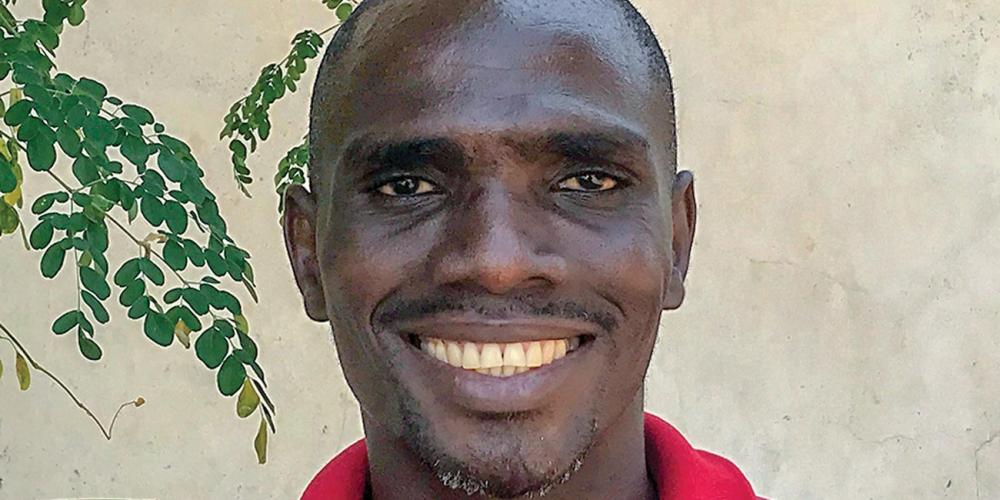 The headquarters of the South-East Liberia Mission is located on Tubman Street in the city of Buchanan. Harriet Tubman (1822-1913) was an American abolitionist and political activist. Born into slavery, Tubman escaped and subsequently made 13 missions to rescue about 70 enslaved people, family and friends, using the network of antislavery activists and safe houses known as the Underground Railroad.

To Sabbath School teachers: This story is for Sabbath, August 29.

Father called 8-year-old Albert to carry a plate of rice to a bush in Siahn village in Liberia.

“My son, let’s go,” the boy replied, picking up the plate of rice sprinkled with red palm oil. Also on the plate were an egg and kola nuts.

At the bush, Father knelt and took the plate from Albert. Holding out the plate with both hands, Father called on his father, grandfather, and other dead relatives. “I’m ready to plant rice on my farm,” he said. “I need the farm to prosper. As my ancestors, I am leaving some food on the ground for you. If you agree with my wish for a good rice crop, let the plate be empty when I come back for it.”

The next day, Father called Albert.

“Daddy, go to the bush to see how our ancestors responded,” he said.

The plate was empty. There was no sign of the rice, egg, or kola nuts. “What happened, my son?” Albert asked Father.

“Daddy, that’s a sign that our ancestors have agreed that we can farm this year,” he said.

Albert wondered whether dead ancestors really ate the food, but Father forbade him from going to the bush to watch.

You might be wondering why Father called Albert “Daddy” and Albert called his father “son.” The answer is simple. A witchdoctor told Father that his own father had been reincarnated, or reborn, in Albert after dying. So, Father believed that Albert was actually his own father.

Everything changed when Father sent Albert to the Seventh-day Adventist school in the village. On the first day, the children were surprised to hear Father call Albert “Daddy.”

“How old are you?” one boy asked Albert.

Albert tried to explain. “He calls me ‘Daddy’ because we believe his father was reincarnated in me,” he said.

The other children were confused and not convinced. They had studied the Bible at school, and they were sure that dead people could not be reincarnated. Albert also was confused that the children didn’t understand him, and he asked a teacher to explain the Bible. The teacher opened the Bible to Job 14:12 and read, “So man lies down and does not rise. Till the heavens are no more, they will not awake nor be roused from their sleep.”

At home, he told Father about the conversation with the teacher. Father couldn’t read, so Albert read to him from the Bible. Father became very sad. He realized that Albert was speaking the truth. From that day on, he never called Albert “Daddy” again. Albert stopped calling his father “son.”

Father and Albert also stopped taking plates of rice to the special bush. They no longer needed to worship their ancestors. They were determined to worship only their Father in heaven.

Part of this quarter’s Thirteenth Sabbath Offering will help to construct a school in Buchanan, Liberia, to replace a school destroyed in Liberia’s civil war in the 1990s. Buchanan is located near to Albert’s home village.

The headquarters of the South-East Liberia Mission is located on Tubman Street in the city of Buchanan. Harriet Tubman (1822-1913) was an American abolitionist and political activist. Born into slavery, Tubman escaped and subsequently made 13 missions to rescue about 70 enslaved people, family and friends, using the network of antislavery activists and safe houses known as the Underground Railroad.