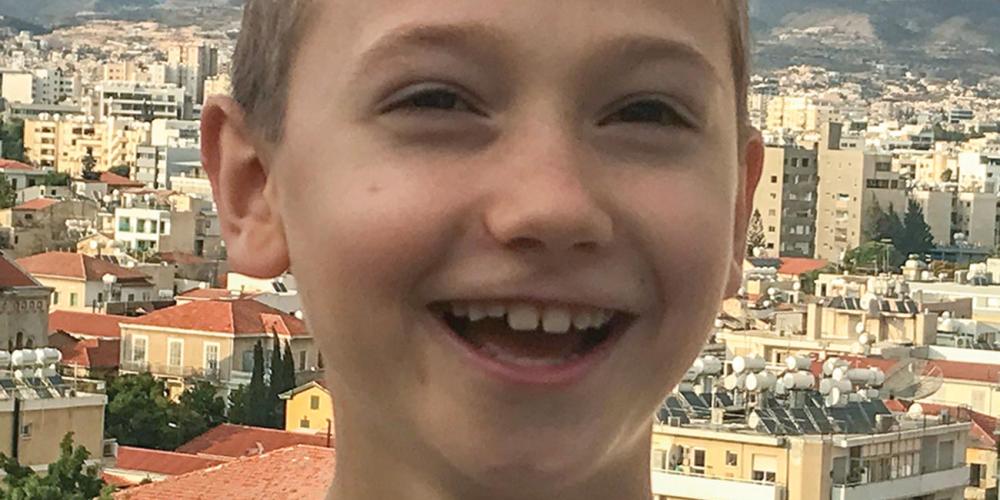 The Cyprus Mouflon, a kind of wild goat, is the largest land mammal of Cyprus and has been the symbol of Cyprus Airways for many decades.

To Sabbath School teachers: This story is for Sabbath, June 20.

But he isn’t a Russian. His parents are from Serbia, and he has a Serbian passport.

But he has never lived in Serbia. His parents worked as missionaries in Russia when he was born.

When Emmanuel was 3, his parents moved to Cyprus, a small island in the Mediterranean Sea. Emmanuel is a missionary kid.

Emmanuel faced a big problem when he arrived in Cyprus. He had no friends.

But he quickly fell in love with two babies, twins, who lived nearby. He visited them every day.

The babies’ mother was kind.

“Emmanuel is safe at our place,” she told Emmanuel’s mother. “Don’t worry about him coming over. He isn’t disturbing anyone.”

The babies loved seeing Emmanuel. They had a babysitter who took them for outdoor walks, and Emmanuel followed to make sure that they were having fun. He made faces, threw a ball, and ran in circles to make the babies laugh.

“Can they come visit?” he asked Mother.

During walks, the babysitter began to stop at Emmanuel’s house so the babies could to say “hello” to Mother.

One evening, Mother called Emmanuel to come in for supper.

Mother was worried. Emmanuel was always hungry at suppertime.

“Why aren’t you hungry?” she asked.

“I already ate at the babies’ house.”

After this happened several times, Mother decided to have a chat with the babies’ mother.

“It’s very kind of you, but please don’t feed Emmanuel,” she said.

The babies’ mother smiled. “I know what you are worried about,” she said. “But don’t worry. Your son knows what is right and what is wrong. He has given me a lesson about clean and unclean food.”

Mother was surprised. She had taught Emmanuel what the Bible says about pork, shrimp, and other unclean food. But she never thought that he would share that information with anyone.

“Emmanuel explained to me that there is a list in the Bible of what we can and cannot eat and I can check it for myself,” she said. “So I only give him clean food.”

Mother was so happy! God had used Emmanuel to answer a her prayers. She had been praying about how to share Jesus with the neighbors, and now the babies’ mother was ready to talk about Jesus. From that day, Mother and the babies’ mother became special friends.

Today, Emmanuel lives in Cyprus, and he is much more than a missionary kid. Although only 9, he is a missionary, too. His words and actions tell the neighbors about Jesus. Even his name reminds them of Jesus. Emmanuel means “God with us.”

“God said to love your neighbors, so I love my neighbors,” Emmanuel said.

Part of this quarter’s Thirteenth Sabbath Offering will help construct a church and community center in Nicosia, the city where Emmanuel lives. Thank you for planning a big offering next week!

The Cyprus Mouflon, a kind of wild goat, is the largest land mammal of Cyprus and has been the symbol of Cyprus Airways for many decades.