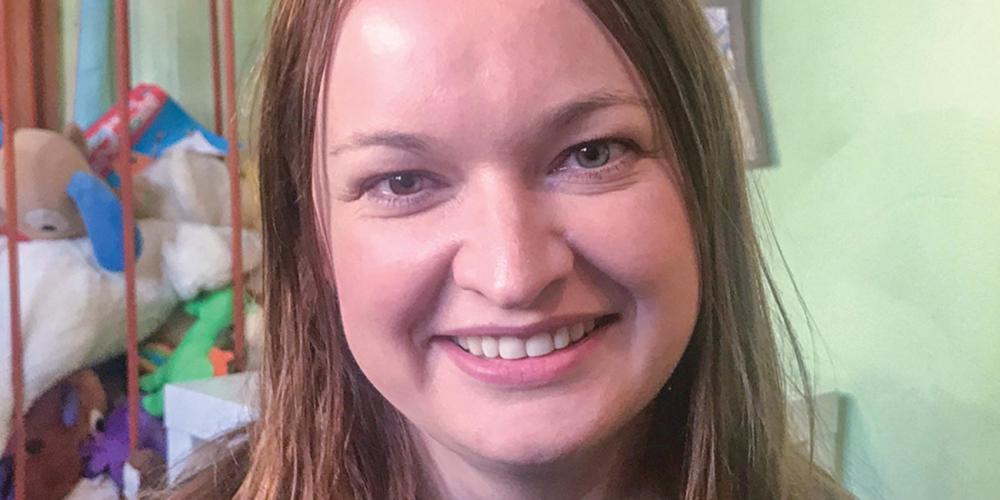 Marie Curie was born in Warsaw, Poland, on Nov. 7, 1867. With her husband, she discovered the elements polonium (Po), named after her native Poland, in the summer of 1898 and, soon thereafter, radium (Ra). She is credited for coining the term “radioactivity” and won her first Nobel Prize in physics in 1903.

To Sabbath School teachers: This story is for Sabbath, May 9.

Little Agnieszka grew up in beautiful countryside in southern Poland.

A big green forest stood on one side of her house. A green meadow with pretty white daisies and pink and purple wildflowers stretched out on the other side of the house.

Agnieszka loved nature. Well, most of it. She didn’t like the dark. Strangers were scary. Her family had cats, dogs, and chickens, but she was frightened of them. She was especially scared of mooing cows and gobbly-gobbling turkeys. Fortunately, no cows or turkeys lived at her house.

But a flock of turkeys lived in the yard of a farmhouse that she passed every day on the way to school.

One morning, Agnieszka skipped along the road to the village and turned the corner to school. A few steps later, she saw something that filled her with horror. She stopped. Dozens of gobbly-gobbling turkeys were wandering on the road. The birds were enormous, and they made a loud, scary racket.

Agnieszka looked to one side of the road. A rushing stream. She couldn’t walk there.

She looked to the other side. More gobbly-gobbling turkeys were walking in a ditch and strolling in the adjacent meadow. She couldn’t walk there.

She looked beyond the meadow. The gate to the farmhouse fence was open, and the yard was empty. The turkeys had escaped from the farmhouse yard!

She sat down on the road to hide from the turkeys. “God, help,” she prayed.

Opening her eyes, she saw an elderly man riding a bicycle toward her. The man wore dark gray clothes and a dark gray cap. His bicycle was dark gray. He was coming from the direction of the school.

Agnieszka was surprised that the stranger wasn’t scared of the turkeys. She had never seen him before, but she wasn’t afraid. He looked sort of familiar.

As the old man rode past Agnieszka, he said, kindly, “It’s all right now.”

Agnieszka’s mouth dropped open in amazement. She looked at the turkeys, gobbly-gobbling into their yard at home. She looked back at the road to wave at the old man. He had disappeared.

Agnieszka happily ran to school. She wasn’t even late.

Agnieszka has always remembered God’s answer to her frightened prayer. Now the mother of two children, she tells them how the stranger scared away the turkeys.

“I don’t know whether he was an ordinary man or an angel,” she said. “But I know the victory came from God. I was able to survive the turkeys with God’s help.”

Thank you for your Thirteenth Sabbath Offering three years ago that helped Hope Channel open a television studio in Poland.

Marie Curie was born in Warsaw, Poland, on Nov. 7, 1867. With her husband, she discovered the elements polonium (Po), named after her native Poland, in the summer of 1898 and, soon thereafter, radium (Ra). She is credited for coining the term “radioactivity” and won her first Nobel Prize in physics in 1903.