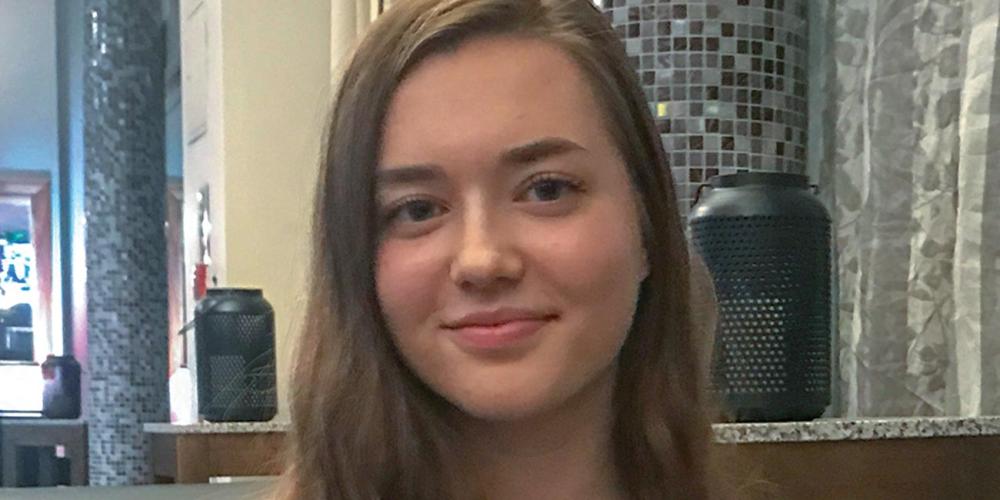 To Sabbath School teachers: This story is for Sabbath, May 2.

Iustina lived with Grandmother in Colibasi, a small village in Moldova. When she was 2, Father and Mother moved to work in far-away Ireland. They promised to return for their daughter.

“How are you?” Mother asked in the videos. She showed the family house awaiting Iustina in Ireland’s capital, Dublin.

As she watched, Iustina felt like her parents were close. But she longed to see them in real life.

Grandmother helped record videos to send to Ireland. In the videos, Iustina showed the garden where she and Grandmother grew tomatoes, cucumbers, sweet corn, and grapes. She pointed out colorful buds on rose bushes.

In every video, she asked, “When are you coming?”

Mother always replied, “Soon. You just have to wait a little bit more.”

Turning to Grandmother, Iustina asked the same question every day: “Are Mom and Dad coming today?”

Grandmother gazed at her tenderly. “One day,” she said. “They are coming soon.”

Letters with Irish postage stamps arrived in the mail. Iustina couldn’t read, but she listened eagerly as Grandmother read the words of a father and mother waiting to be reunited with their little girl. Father and Mother wrote about life in Ireland. They described the birth of Iustina’s little sister, Jennifer. Sometimes the postman delivered big packages filled with clothes and food from Ireland. Iustina especially loved a purple pair of shoes that her parents sent. She wore them everywhere.

One day when Iustina was nearly 6, Grandmother said, “Father and Mother are coming soon.”

“Sure,” Iustina said. “You always say that.”

Iustina ran outside. At the gate of the house stood two adults and a little girl. Iustina had never seen them in real life, but she recognized them right away. With a shriek of joy, she rushed to greet Father, Mother, and 3-year-old Jennifer.

“You finally came!” she said. “What took you so long?”

A few weeks later, Iustina flew with Father, Mother, and Jennifer to her new home in Ireland.

As she stepped off the plane in Dublin, she declared, “I like it here already!”

Why? Because she was with her family.

“We were altogether in one place,” Iustina said.

Iustina is now 19 and a university student in Dublin, but she will never forget the wonderful reunion with her parents. It reminds her of the day when she will meet Jesus. Just as she waited every day for her parents, she is now waiting every day for Jesus.

“The day when I met my parents is like that day when we’ll be in heaven and we will be embracing Jesus,” she said.

Thank you for your 2017 Thirteenth Sabbath Offering to open a church and community center in Iustina’s new hometown of Dublin, Ireland.