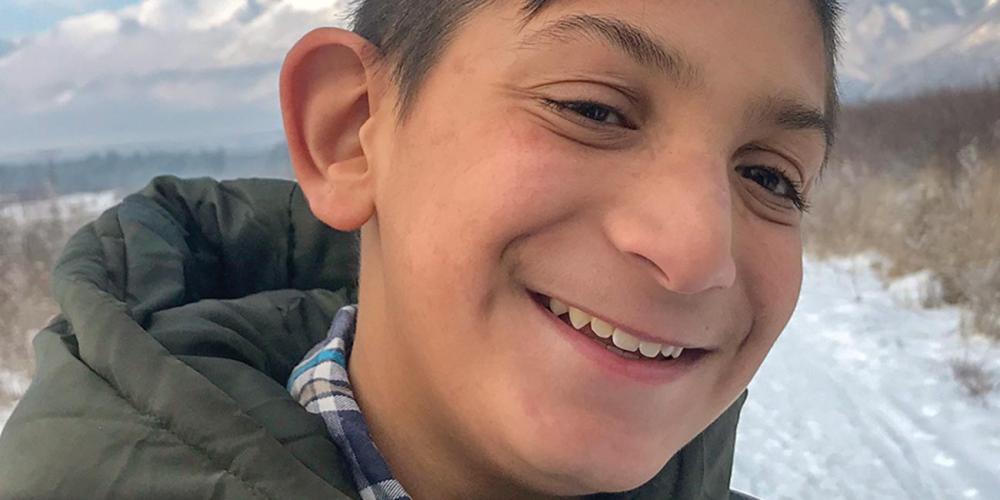 God in the Home

To Sabbath School teachers: This story is for Sabbath, Jan. 4.

Grandmother and 5-year-old Samko stopped on the dirt street and stared as dozens of people streamed into the Mižigar family house on a Saturday morning.

A crowd meant only one thing in their Roma village in Slovakia: a fistfight!

Curious, Grandmother pulled Samko toward the house. She wanted to catch a glimpse of the fistfight.

But no one was throwing punches inside the house. Instead, 50 people were crammed into a large living room. They sang songs about Jesus and prayed.

Samko watched closely. He listened to the songs and prayers. He liked them.

After about two hours, the meeting ended, and Grandmother said it was time to go.

Father was furious when he saw Samko and Grandmother. He had been searching for them for two hours, going from house to house in Rakúsy.

“Where have you been?” Father asked, angrily. “Where did Satan take you?”

“We went to the Mižigar home,” Grandmother said, calmly.

“Why were you there?” Father demanded. He had heard that Christians worshipped there on Saturdays. “Devils live in their home.”

“No, no. They have really nice singing there,” Grandmother said. “God must live in the house.”

“No, it must be Satan,” Father said. He didn’t want to discuss the matter further.

Grandmother fell silent, but Samko couldn’t keep still. As he walked around the house, he sang songs that he had heard about Jesus. He went to Father.

“Daddy, I want to take you to that house next Sabbath so you can see what is going on,” he said.

But when Saturday came, Samko returned to Father. “Let’s go to that house,” he said.

When Father refused, the boy took him by the hand. “Let’s go,” he insisted.

Father went. The tall man and little boy walked hand in hand to the house church.

Grandmother was already seated in the house when Samko and Father arrived, but they didn’t see each other because of the crowd. Father and Samko stood against a wall, listening to the singing. Suddenly, Father started to cry. The tears surprised him. He was a strong man who never cried. Even when his grandparents had died, he hadn’t shed a tear.

Samko also was surprised. He had never seen Father cry.

Across the room, Grandmother caught a glimpse of Father and saw that he was crying. She began to cry.

“He will become a Christian one day,” she thought, tears of joy flowing down her cheeks.

That afternoon, Grandmother asked Father, “Who do you think was present in that house? Satan or God?”

Father had no doubt. “I’m convinced that God lives in that place,” he said.

He couldn’t explain why he had cried, but something changed inside him. From that day, he stopped drinking alcohol and yelling at Mother and the children. He started to read the Bible from the beginning, in Genesis. He read the Bible every day for six months, often smoking as he read. Then suddenly he threw away his cigarette.

Father used to refuse to share with his family what little money he earned doing irregular jobs. But then he found full-time work as a logger and began to take care of his family. He also stopped going out with his friends and instead spent time with Mother, Samko, and Samko’s two siblings.

Father returned to the house church every Sabbath following the first visit. After two years, he was baptized into the Seventh-day Adventist Church. Grandmother and Mother also were baptized — on the same Sabbath.

Samko, who is now 12, wants to be baptized. Every Sabbath, he goes with Father, Mother, and Grandmother to the new Seventh-day Adventist church that was built in his village in 2018. He said God lives in his home.

“Life is better now,” he said. “Father reads the Bible to us, and he works to support us.

Part of this quarter’s Thirteenth Sabbath Offering will help fund a program for vulnerable children at Samko’s church in Rakúsy, Slovakia. Thank you for planning a generous offering.