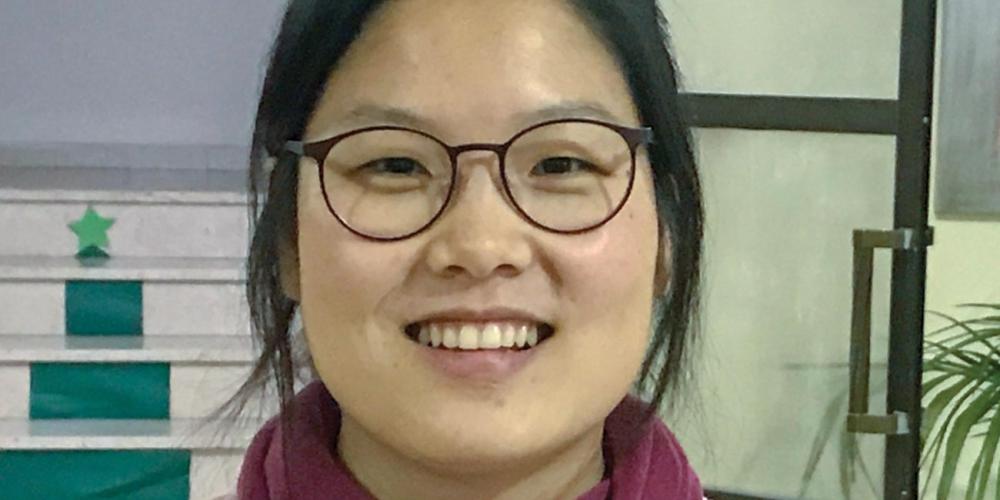 Miguel de Cervantes Saavedra, a Spanish author, was considered to be the greatest writer in the Spanish language and one of the world’s most eminent novelists. His book “Don Quixote,” written in 1605, is considered to be the first modern novel and has been translated into more than 140 languages and dialects. After the Bible, it is the most-translated book in the world.

To Sabbath School teachers: This story is for Sabbath, March 14.

Sung Hye Choi is South Korean, but she has never lived in South Korea.

Sung Hye was born in the South American country of Paraguay. Her parents moved there to work before she was born.

Even though Sung Hye didn’t live in South Korea, her life was surrounded by Koreans in Paraguay’s capital, Asunción. She studied at a Korean school, where her mother led the parent-student association. On Sundays, Mother took her to a Korean church. At home, she ate Korean dishes like white rice and octopus.

One day when Sung Hye was 8, Mother abruptly announced that the family would no longer attend church on Sundays.

“We’re not going to that church anymore, but we will believe in God,” Mother said.

Sung Hye didn’t mind. No church meant more time for homework and shopping. She liked it when Mother gave her money to buy candy and small toys.

A year passed, and something unusual happened at home. Mother stopped cooking white rice and began serving brown rice. White bread was replaced with whole-wheat bread. Meat disappeared from the table at mealtime.

Mother smiled and said she wanted her family to be healthy.

Then one day, Mother made another unexpected announcement.

“This week, we’re going back to church,” she said. “Do you remember going to church on Sundays? Well, now we’ll go on Saturdays.”

“Why on Saturday?” Sung Hye asked.

“Because someone from the Saturday church invited us,” Mother said.

“You cannot buy or sell anything during that time,” she said.

Sung Hye wasn’t worried about selling anything. She was only 9 and had nothing to sell. But she liked to buy candy and small toys on Saturdays.

“Why Mom?” she said, pleadingly. “Why is everything changing like this?”

She learned that Mother had become friends with a Seventh-day Adventist woman at the school. The Adventist woman had showed Mother what the Bible says about clean and unclean food, a healthy diet, and the Sabbath.

Sung Hye loved the Sabbath School class. The teacher told interesting stories and gave a colorful sticker to each child who memorized a Bible verse. Sung Hye wanted a sticker!

Back at home, she began to wake up at 5 a.m., long before anyone else, to memorize the Bible verse for the week. On Sabbath, she recited the memory verse perfectly and received a sticker. She was so happy!

After a while, Mother got baptized. Sung Hye, her brothers, and Father also have been baptized. Today, Sung Hye studies at Sagunto Adventist College in Spain. She wants to be like the Adventist woman who brought Mother to God.

The women’s dormitory where Sung Hye lives was built with a Thirteenth Sabbath Offering in 1981. Part of this quarter’s offering will help construct a seminary building at Sagunto.

Miguel de Cervantes Saavedra, a Spanish author, was considered to be the greatest writer in the Spanish language and one of the world’s most eminent novelists. His book “Don Quixote,” written in 1605, is considered to be the first modern novel and has been translated into more than 140 languages and dialects. After the Bible, it is the most-translated book in the world.