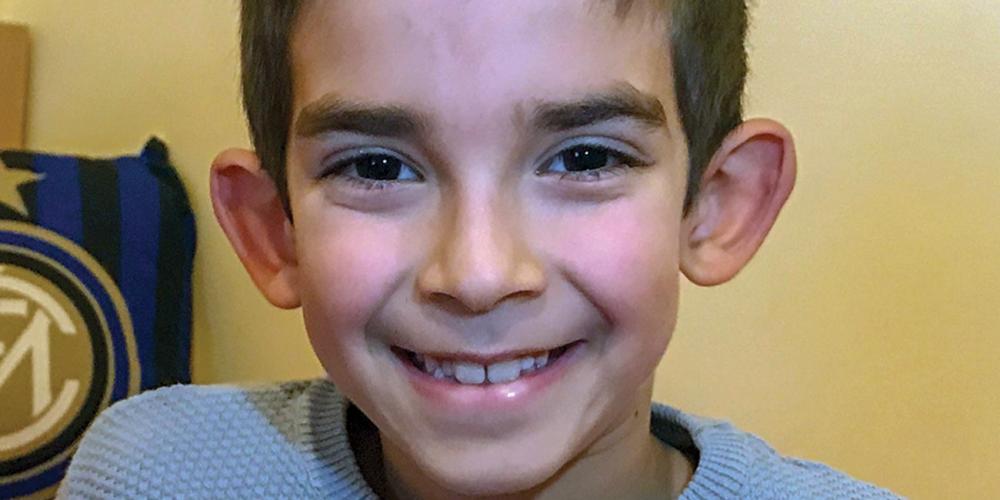 To Sabbath School teachers: This story is for Sabbath, March 7.

When Thomas was 1, Mother gave him a little piece of cheese to eat. He ate the cheese and suddenly couldn’t breathe.

Mother rushed the baby to the hospital, where a medical doctor saved his life. But the doctor announced that Thomas had a serious allergy to milk.

That was a big deal in Italy, where Thomas lives. Italians love milk. In addition to drinking milk, Italians love pizza with mozzarella cheese and spaghetti with Parmesan cheese. They also love gelato and cakes, which are made with milk. But Thomas couldn’t eat any of those foods or he might die.

The allergy changed his family’s life. When Thomas was invited to a friend’s birthday party, Mother had to make him a special cake. At the gelato stand, Thomas could only order granita, a Sicilian dessert often made from ice and lemon juice. Mother told church members about Thomas’ allergy, and they changed their favorite church pizza parties on Saturday nights. Pizza was still served, but only with crust and tomato sauce. No cheese on top.

“I want to get well, Jesus, so I can eat like other children,” he said.

Mother also prayed, and she contacted many doctors to ask for help. Finally she found a doctor from Israel who said that maybe he could so something. He was experimenting with a new treatment.

Three months passed. Thomas and Mother kept praying. Then one day the doctor from Israel announced that the treatment was over and Thomas could eat any food that he wanted.

Mother was skeptical, so the doctor suggested that she bring a cake to his office and they eat it together.

Mother watched carefully to see whether Thomas would have an allergic reaction. Nothing happened.

Mother took Thomas to another doctor who, after running tests, said the boy was still allergic to milk. But when Mother told him about the lemon cake, he offered to do an experiment. He gave Thomas a half glass of milk and told him to drink it over seven hours in the hospital.

“If anything bad happens, we have medicine ready to save Thomas’ life,” he said.

Thomas slowly drank the milk over seven hours. Nothing happened.

“You have completely recovered,” the doctor said with surprise. “You can eat everything, including dairy. This is a miracle!”

The next morning, Thomas drank milk for the first time for breakfast.

At church on Sabbath, Thomas and Mother announced the big news that God had answered their prayers. The church members rejoiced. Several wept. That evening, the church threw a big pizza party. Everyone, including Thomas, ate pizza with cheese on top. Afterward they ate gelato, even though it was February and very cold outside.

Today, Thomas is 7 and filled with gratitude to God. At family worship every night, Thomas thanks God for His goodness. He is no longer worried about his health, and he prays for help with something else.

“Thank you, God, for all the things I have and for helping me to get better from my allergy,” he says. “Tonight, I’m only asking you for good dreams, or no dreams at all.”

He knows God cured his milk allergy and can stop bad dreams, too.

Three years ago, your Thirteenth Sabbath Offering helped construct a new church building in Thomas’ hometown, Ragusa. Thank you for your offering that made it possible for Thomas and the other church members to move from a rented building to their own church, where they can learn about God every Sabbath — and enjoy pizza parties.